Around the time I started following professional League began the rise of one team we would later count into the best of all time, that team was World Elite. With their superb team fighting they managed to go on an undefeated streak that would later only be toppled by SK Telecom T1 K. The star and central focus of World Elite was their AD Carry Gao “WeiXiao” Xuecheng. Of course the Chinese region has produced many great AD Carries like NaMei and Uzi but in this article I would like to write about what made WeiXiao the greatest player China has ever produced and arguably the best AD Carry ever to play League of Legends.

World Elites rise to the top began after Season 2 Worlds where they were defeated by CLG.EU which in more ways than one was the longest best of 3 ever played, regardless from late October until the end of the year World Elite would go on a winning streak which would secure them first places in both domestic and international tournaments. WeiXiao was an instrumental part of World Elite, with his amazing plays both in lane and team fights but probably the most entertaining were his duels with other rival AD Carries. 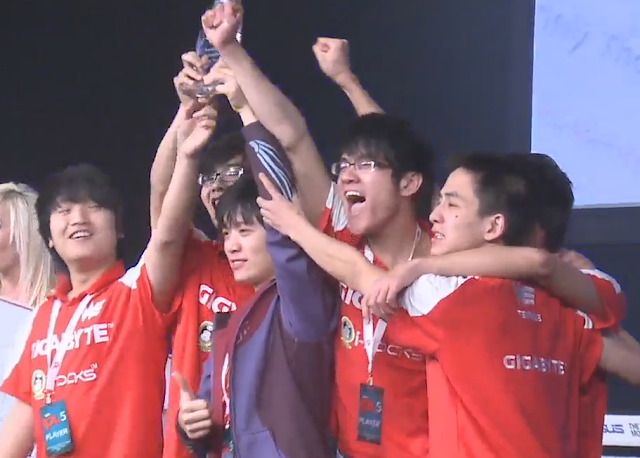 Most of the western world will probably remember WeiXiao as THE Ezreal player, the guy that makes plays with Ezreal people wouldn’t come up with in a million years let alone the split of a second, one of my favorite plays was the legendary Ezreal triple kill against CJ Entus, and yes the Orianna kill was probably a coincidence still that doesn’t take away from the fact that WeiXiao managed to not only get out alive after taking down the inhibitor tower but also get a triple kill on the way out. Now I sort of indicated that I will remember WeiXiao more for his Vayne play than his Ezreal play. There are many great Vayne players in the world and that are mostly players with high mechanical skill like Doublelift or Uzi, what separated WeiXiao from the rest is that he wasn’t just a high mechanical player but he was also the main shotcaller and captain of the team. The fact that he could do those things while keeping the level of performance on one of the most mechanical champions in the game is amazing and even without that how often do you hear about an AD Carry doing the shotcalling for a professional team. In my opinion it is the hardest role to shotcall from, because it requires you to focus on other things rather than telling your team what and when to do.

Of course like every pro players career WeiXiao has also had his lows. Season 3 wasn’t a great time for WeiXiao because for whatever reason, be it because of the internal problems of World Elite or the meta shifting away from his play style, he did play worse than his former performances, granted World Elite as a team played worse and that can also be factored in. As we all now know World Elite wasn’t able to qualify for the Season 3 World Championship which would lead to the unfortunate end of the World Elite team that dominated the world for so long. In early 2014 Fzzf and ClearLove decided to leave the team and go to EDG where they would find great success, while Misaya decided to retire from professional gaming. As to what happened to WeiXiao after those events well in that lays the reason for the title of my article.

There are many professional League players that are way past their prime but keep playing for whatever reason, but WeiXiao is one of the rare cases were he still could perform but decided to retire. Objectively speaking the best AD Carry in China for Season 4 was NaMei but if I had to pick someone who could perform up to par with NaMei it would be WeiXiao. Thru the summer split of LPL you could see each week WeiXiao getting to his former strength, and without a doubt he was the best player on World Elite through the year. In the spring split the new World Elite roster was in fact quite promising placing just behind OMG and EDG, WeiXiao with his Lucian and to a lesser extend Caitlyn, managed to perform exceptionally well, which led to fans having high hopes for the summer split. It is no stretch to say that at the end of the spring split WeiXiao was looking to return at the world stage the very same year. Unfortunately for reasons to us unknown the World Elite management decided to replace the two new players of the last split with two new Korean players, which in my opinion wasn’t a good decision.

The only mixed language team that succeeded was Star Horn Royal Club, World Elite was one of the many teams that didn’t. As the summer split went on WeiXiao’s performance did continue to improve, but his team’s performance seemed to get worse with each passing week, which lead to them being overtaken by LGD and fail to make it even into the Chinese regional playoffs. As a result of those events WeiXiao made the hard decision to retire from professional gaming.

So this is WeiXiao’s story as seen from a simple fans point of view, he had his ups and downs, he was at the top of the world and he had his slumps, regardless with WeiXiao’s retirement we the League of Legends community lost one of the best players to ever play the game, we lost an AD Carry like no other and we gained an early legend.