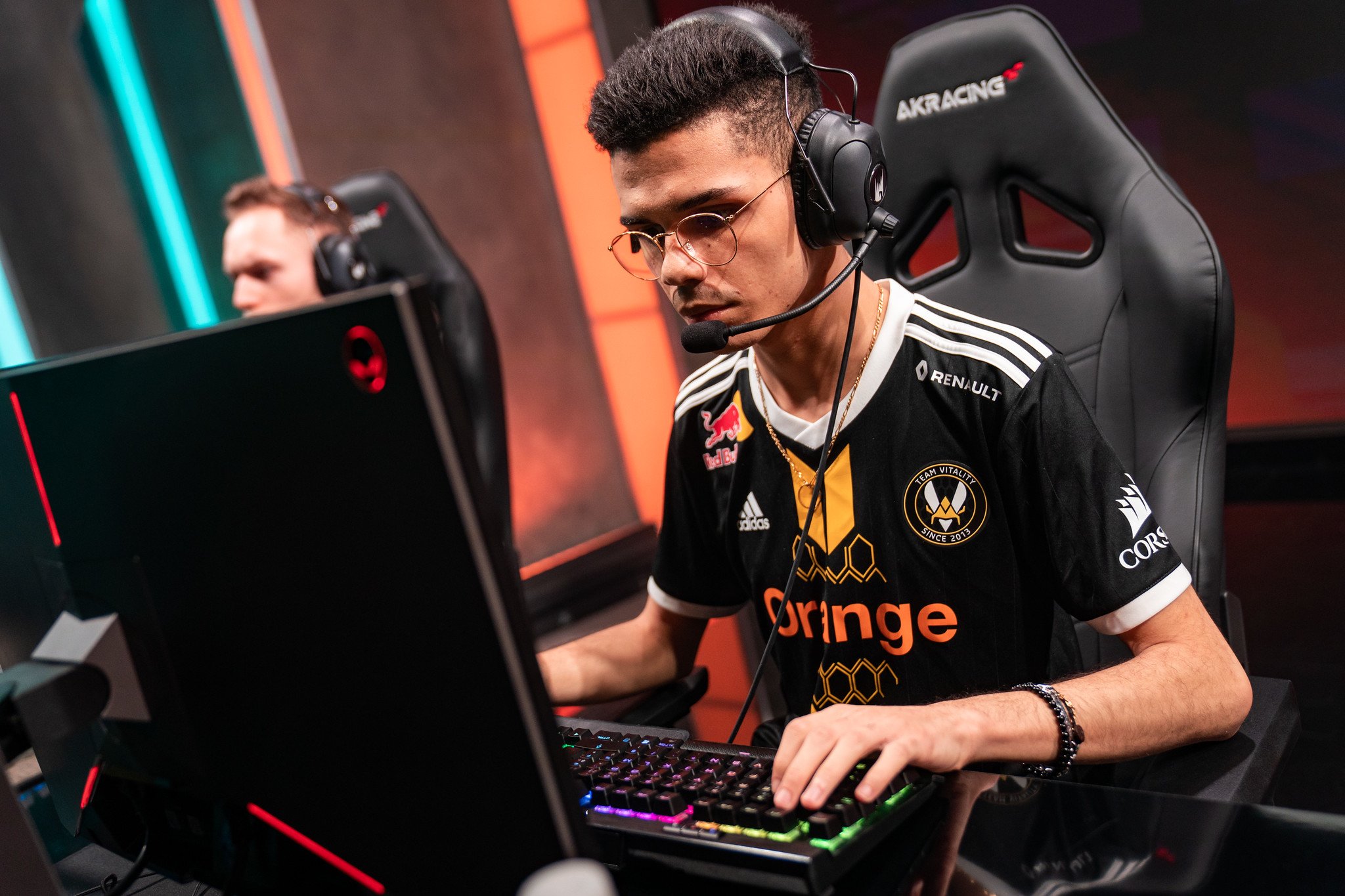 After another 1-1 week for Team Vitality, jungler Duncan “Skeanz” Marquet shared insight into his team’s most recent loss against Excel Esports, what they need to become a better League team for playoffs, and his thoughts on their matchups against G2 Esports and MAD Lions next week.

This past week, Vitality picked up a big win against Origen but lost to Excel the day after due to Patrik’s powerful Aphelios carry performance. Skeanz said that the team should have placed a bit more focus on the mid lane.

“I think we should have played more for mid this game because we have a good system 2v2,” Skeanz told Dot Esports. “The first plan was to play mid to bot because we should win the 2v2 mid, take full control, and get the first drake as well. I think we just inted a bit—we were just not focused.”

Even though Vitality did suffer another loss, Skeanz is still hopeful for the team’s chances at playoffs. They are sitting in ninth place, but the 19-year-old believes that they still need to practice a bit more together, especially since he just joined the starting roster. Once they get their synergy right, they should be poised for a run at the postseason.

As for his own growth, Skeanz said that being sent to Vitality’s Academy team was a great idea. Back in the 2020 Spring Split, the team struggled to find much success with their new roster—with a 2-6 record, Vitality finished in last place for the season.

“The first split was hard, but I learned a lot,” Skeanz said. “But I lost my confidence, you know? That’s why I think it was good to put me in Academy to regain confidence because I’m really shy. I think they picked me again for my champion pool because the meta isn’t that good for Nji. I think he’s still really good, but it’s just the meta, you know?”

Skeanz also said that he was really confident when he joined the LEC team because of his results in Underdogs 2020, a French tournament that Vitality’s Academy team ended up winning at the start of July. Vitality.Bee dropped only one game throughout the group stage and knockout stage.

As for next week, Vitality will have two huge matchups against G2 and MAD Lions. G2 haven’t looked great over these past few weeks, but many players still believe that they’ll make playoffs. MAD Lions, on the other hand, have many teams shaking in their seats with how strong they’ve been.

“I think if we play like yesterday against G2, we can win,” Skeanz said. “Against MAD, it’s going to be so hard actually, like, I won’t lie, they’re so good so I don’t know what to think about this match.”

You can catch Vitality in action when the LEC returns on Friday, July 31.