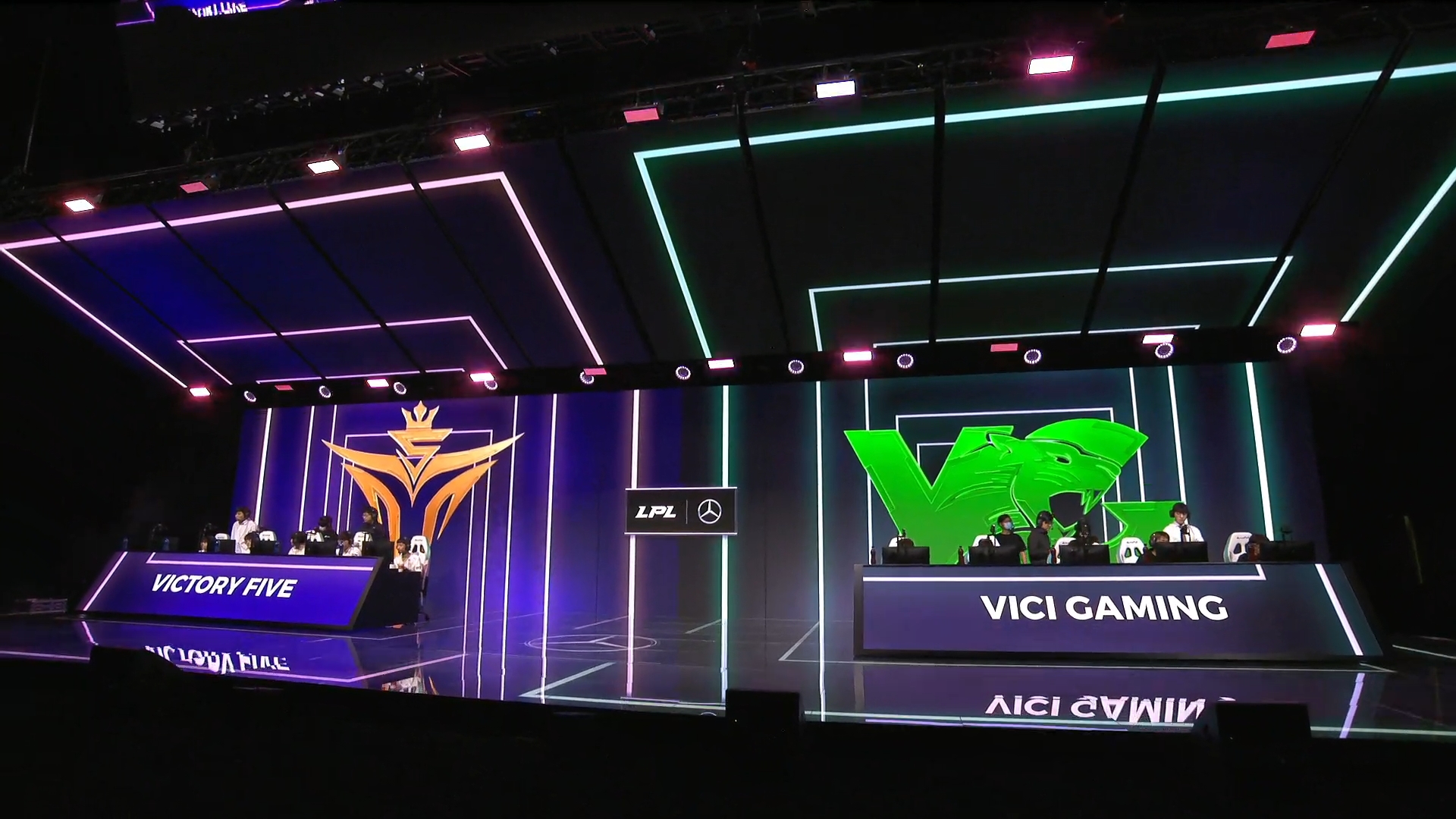 Victory Five continued to exceed all expectations earlier today by taking a 2-0 win over Vici Gaming in the fourth week of the 2020 LPL Summer Split.

V5 lost their previous matchup against Vici, but they got their revenge today after overhauling their roster during the midseason break. While many League of Legends fans expected to see Vici grow over time, V5 is the team that seems to have accomplished that so far in the Summer Split.

Leyan, Vici’s newest jungler coming from Invictus Gaming, played his first match today with the team. He didn’t get the opportunity to shine, however, since his team had many losing matchups.

Vici tried out one specific strategy in this series, which consisted of centering the team around star-player iBoy. The ADC played Aphelios in both games and tried to get enough space to deal heavy damage to his opponents. But V5 responded cleverly by applying constant pressure on the player to prevent him from snowballing.

He tried to turn around fights, sometimes winning one-vs-two trades and dealing the most damage on his team. But V5 support Ppgod shut iBoy down in fights by stunning him numerous times with Bard and Leona.

Following a disastrous Spring Split that ended in a last-place finish without taking any wins, V5 has turned things around after the break and look stronger than ever. They’re now 4-1, having only lost to LNG since the start of the split.

V5 could soon tie their win record for a single split, which is five victories in the 2019 LPL Summer Split. This is also their best start to a split since they entered the league last year. They have yet to face off against the best LPL teams, however.

Victory Five will have to prepare for a tough matchup against RNG next Thursday, June 25. It’ll be their first match against a team from the 2020 LPL Spring Split playoffs.