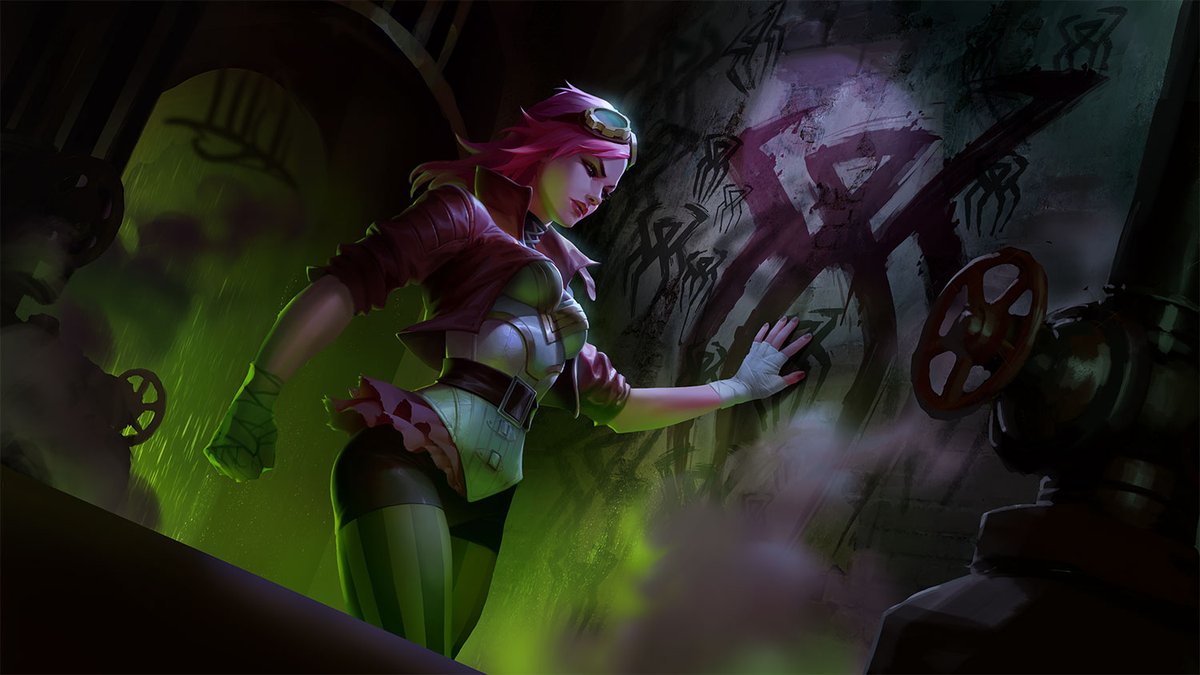 If you’re a fan of League of Legends’ vast universe, then you’re in luck because Riot Games has added two new stories that dive into the colorful and exciting backstories of Vi and the newest champion joining the game’s roster, Aphelios.

League fans’ favorite punchy, pink-haired policewoman is getting into more trouble in the short story titled “Child of Zaun.” This time around, however, Vi’s getting sent into the seedy underbelly of Zaun to investigate something that’s scaring even the toughened population that lives there.

Vi meets old friends, makes new enemies, and discovers a revolution that could upend the delicate balance that her world has carefully created. This is a story that sheds more light on the Piltover Enforcer’s tough upbringing and how one person came to power in a world where people yearned for a leader to guide them out of the darkness and into the sun.

Meanwhile, Aphelios’ color story—named “You Are The Weapon”—focuses on his connection with his sister, Alune, and how she sends him the many weapons he wields. With help from Alune, Aphelios battles against multiple Solari warriors, but not without losing a part of himself in the process.

The story has only increased the amount of hype heading into Aphelios’ official release alongside Patch 9.24, which is the final patch of the year.

Riot will likely continue to expand on League’s lore in the new year as new games and champions are introduced to the universe that they all call home.