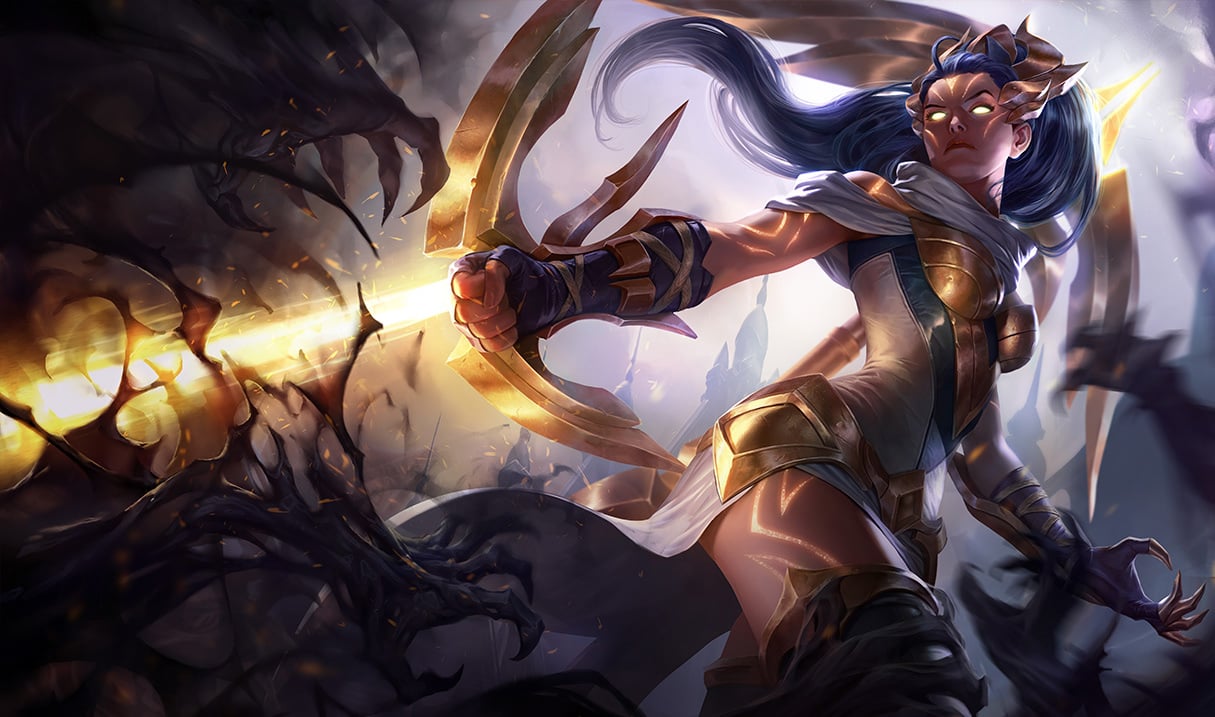 Hide your tanks, and hide your… no, just your tanks, because Vayne can use them to fully heal herself in combat now.

Thanks to some big buffs that just arrived for Vayne on the PBE, her identity as a tank-shredding hyper carry is being solidified. The buff is so huge, it’s difficult to imagine that it’ll make it to the live game in its current state.

The exact details of the buff mean that her ultimate will be an absolute game changer now. While the ultimate ability, Final Hour, is active, every enemy champion that dies within three seconds of her last attack on them will heal her instantly for 20 percent of their maximum health. For context, let’s watch closely at the health Vayne is given after taking down a Cho’Gath with 1,700 health.

She is healed for over 370 health. If that Cho’Gath was a real person, rather than a bot, in the late stages of a long game, he’d have 8,000 health. That means Vayne would heal for 1,600 instantly, which is essentially her entire health pool. Even against another ADC with 1,000 health, that’s still an instant 200 health heal, so it’s pretty OP any way you look at it.

Not only will tanks essentially fill her health pool back up from the brink, she’s also going to melt them even faster, hammering in her role as League of Legends’ resident tank shredder. In the midst of a tank meta, that’s huge. Her Silver Bolts (W) is being buffed to deal more true damage at max rank. At rank five, it will deal 14 percent max health, up from 12.

Her Q is being slightly reworked, too. The bonus damage will no longer be able to crit, taking away a large portion of her ability to two-shot squishy targets, which is a nerf against squishier targets.

This update is overall a pretty good idea. It enhances Vayne’s identity as a champion, and it opens up other potential roles for her, like top lane or jungle, in the right circumstances. The bad part, however, is the fact that her ultimate’s buff may be way too over the top. It’s still a good idea, mostly because it adds a lot of impact to the ability and forces her to use it almost defensively, but it’s a little much right now.

Before Vayne’s update goes live in Patch 7.17, it wouldn’t surprise us to see the new ultimate buff brought down a bit, perhaps to 10 percent max health return instead of 20. Either way, this will no doubt make Vayne a more popular pick in today’s meta.