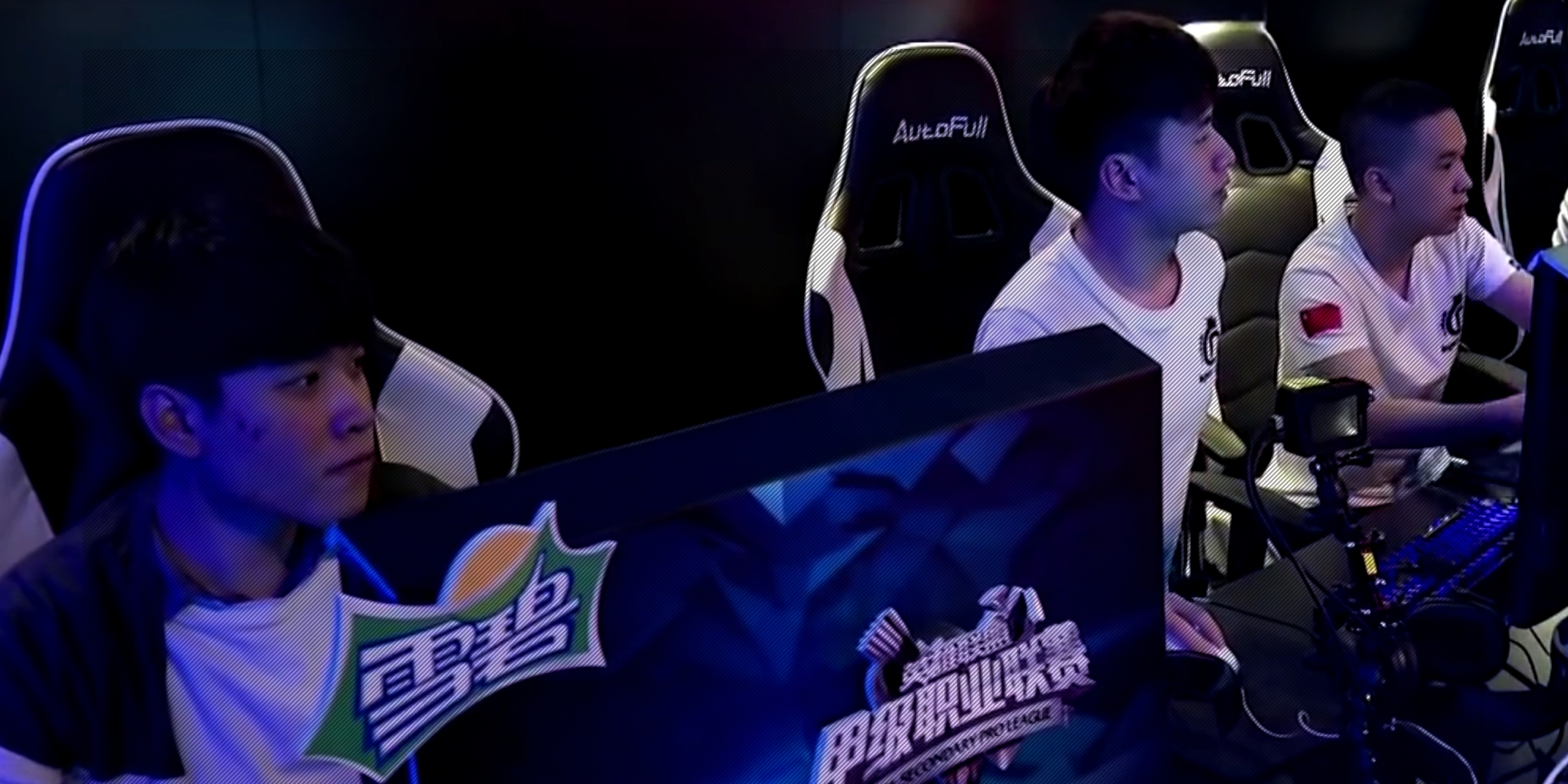 We’ve all seen rage quitting in video games. The kid who types “mid or feed” and then leaves when someone locks in Viktor. That guy who calls his jungler a scrub for never ganking as he feeds until his head finally explodes and he leaves the game. You’re probably that guy sometimes. Rage quitting is a pastime as old as video gaming itself.

It rarely happens in professional games, of course, considering the players are supposed to be professionals. But yesterday, a pro player in China did just that.

During a match in the LSPL, China’s second tier League of Legends league, marksman Li “Vasilii” Wei-Jun of IN Gaming finally had enough. Twenty minutes into the game, he found his team down 9,000 gold, with his solo laners posting a futile 0/6/2 KDA combined, against Legend Dragon in a match with important playoff implications. So he left the game, forcing his team to surrender, before taking his anger out on hapless peripherals.

At 0:50 you can see Legend Dragon look on, confused as to why IN Gaming suddenly folded, until they hear a loud smash from across the studio followed by screams of frustration, an innocent keyboard victimized.

The organization has issued an apology to the studio and their fans for Li’s actions, fining the player about $7,500 for what they called an accident.

The incident represents a new low in the career of Vasilii, a promising marksman who moved across the Pacific to take North America by storm with Chinese side LMQ in 2013. After qualifying for Worlds as a member of that team, Li returned to China where he played on a star-studded Vici Gaming side, but it’s all been downhill from there. The team struggled despite their talented lineup, and frustration mounted for Vasilii. Early this year, he wrecked equipment at his team’s gaming house during a stream.

He’s worked to salvage his career by curbing those destructive impulses, according to touching interview getting to the heart of his journey that was translated by Esports Heaven last month. But it seems Li has failed to conquer his demon as he moved from starter on one of China’s top franchises to substitute player to second tier team.

For many players, rage manifests when they care too much about the game. For Li, as a League of Legends pro, caring too much about something when it’s your career, your livelihood, has explosive results. That’s too bad for someone with an inspiring story, someone who succeeded an ocean away from home through determination and strength of will.