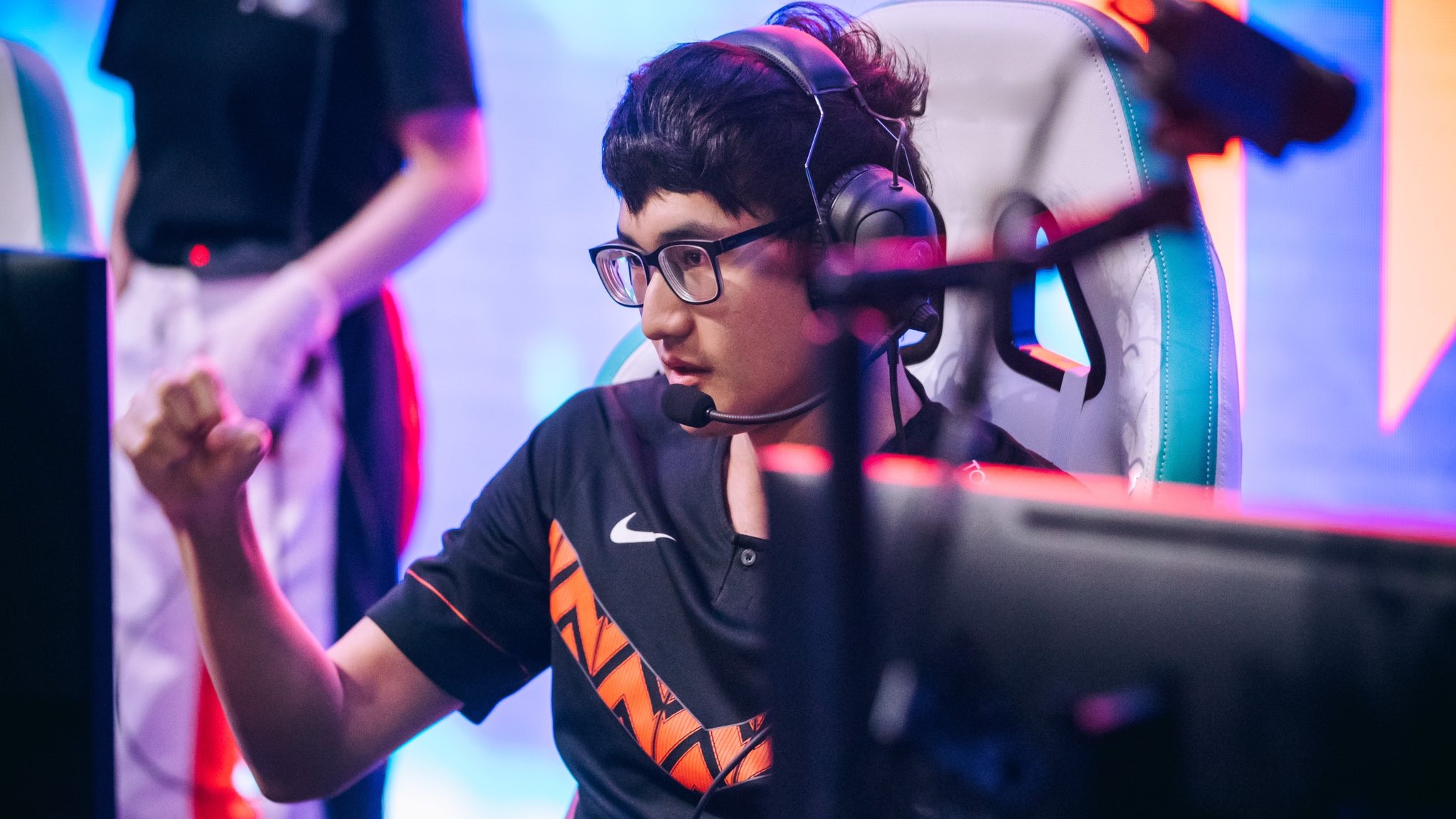 Victory Five have finally broken their curse of never closing out a series in two games against top LPL team RNG in week five of the 2022 Spring Split through an incredible backdoor play.

This match between two LPL titans had many implications for the league standings. Heading into the match, RNG was 6-1 in a tie for second place with Weibo Gaming while V5 had the opportunity to swap places with RNG in the standings or stay in their fifth-place position.

The first game was a close affair up until the 26-minute mark when V5 took down the Baron and three players of RNG. V5 used this play to grab some of RNG’s turrets and map control that RNG was unable to contest because of the newfound gold advantage.

It looked like V5 was poised to close out game one at the 30-minute mark when they held an 8,000 gold lead over RNG and real estate in the RNG base. RNG GALA’s late-game damage on Jinx, however, became present as he helped RNG kill four on the side of V5.

Through this one play, RNG was able to bring the gold lead back to even as V5 kept failing to break the enemy nexus. It got to a point where V5 even fell behind 2,000 gold to RNG because they kept failing to decide whether they should go for the Nexus or fight RNG. This resulted in V5’s massive lead dwindling as RNG was able to bring itself back to a fighting position.

The primary issue for RNG throughout all of this, however, was that even with a gold lead, they couldn’t extend their lead past their base. RNG increased their gold lead to 3,000 over V5 with only three towers versus V5’s 11 towers taken. Yet, even after killing V5 for the fourth time, they couldn’t take a single tower from that push.

Unable to find a way past RNG’s monstrous teamfight composition, jungler Karsa got creative with his final play on Hecarim. With the Elder Dragon up, Karsa placed himself on the complete opposite side of the map as his team set up vision around what is supposed to be the major game-winning objective.

He sat in a brush on the top side for nearly one minute as he waited for the spawn of Elder Dragon and for RNG to push into the Elder Dragon. At 45 minutes, Karsa finally made his charge on the pony and dropped a crucial control ward down near RNG’s nexus. Immediately, both V5 top laner Rich and Rookie teleported through this ward as RNG was left stunned as game one finally came to an end.

In game two, it was all about V5 top laner Rich, who became such a huge presence through the top side and later on the sidelines. This pressured counter pick on RNG’s Graves allowed V5 jungler Karsa to freely prioritize the bottom side of the map and acquire continuous dragons while also keeping Photic’s Zeri safe.

V5 had accumulated a 5,000 gold advantage at 22 minutes through Rich’s Irelia as they postured towards the Baron. RNG found an avenue into the baron pit when they killed V5 mid laner Rookie and then began to burst the Baron down. But it was V5 who was able to wipe out RNG after Photic found a triple kill on the Zeri pick, which granted V5 the Baron.

RNG kept it interesting as they were able to stave off most of the baron siege from V5, but that came to an end around the 29-minute mark when Karsa found a crucial pick on RNG AD carry Gala in the final teamfight. After they picked off GALA, Photic sealed the deal with a pentakill as V5 raced into the base and closed out their first 2-0 series of the season

With this victory, V5 have moved up into a tie alongside Weibo Gaming for second in the standings with a 6-1 record. V5 will have the rest of week five off and will look to improve that record to 7-1 against LGD.

Simultaneously, they have dropped RNG down to 6-2 who fall down to fifth place in the close race between the top LPL teams. RNG will look to play catch up to the top four when they take on the undefeated LNG in the final match of week five on Feb. 20.