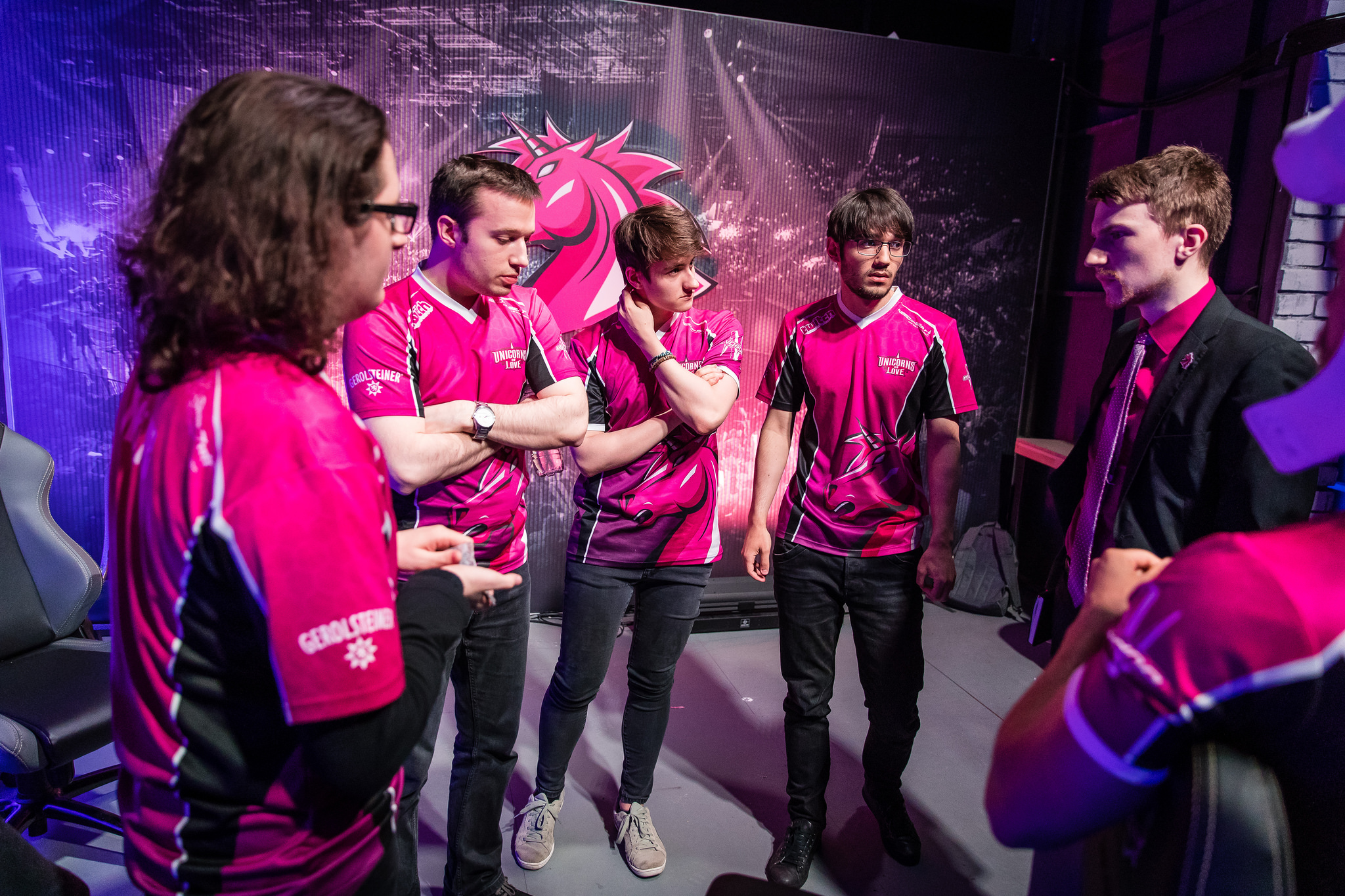 Unicorns of Love survived H2K’s assault earlier today to take the top spot in Group B at the end of week two of the EU LCS Summer Split.

H2K and Unicorns of Love were in this situation before as both teams had been fighting for the top spot in Group B at the start of the Spring Split. Both teams won their opening two matches and a win today would break the tie and lift either Unicorns of Love or H2K into first place in their group.

H2K entered today’s match looking to bounce back after a disappointing end to the Spring Split where they finished tied for fifth place overall. Unicorns of Love, however, are in a better position to secure one of the all-important Worlds slots for the EU LCS after their second place finish in the Spring Split.

In the first game of today’s match, H2K dictated the early game by applying pressure across the map. Unicorns of Love were too greedy when trying to farm creeps, which gave H2K easy kills to take a minor gold lead. As the game progressed, the Unicorns of Love looked scattered, failing to group up as a team. The Unicorns never really looked to get back into the game, giving H2K an easy win.

H2K will be kicking themselves for how the final game of the series went after dominating the early game once again. Unicorns of Love allowed H2K to get ahead by being too aggressive and giving H2K easily winnable teamfights. H2K, however, threw the game in the last few minutes by trying to take Baron from under their opponents’ noses. The Unicorns of Love were able to capitalize on the weakened players on H2K, getting the ace and taking the Baron to open H2K’s base and win the series.

Both sides had equal chances of winning the series outright, but Unicorns of Love’s over-aggressive playstyle was just too much for H2K to handle. They gave Unicorns of Love a huge window of opportunity to take the game countless times and cement themselves now at the top of Group B.

The Unicorns of Love’s next match will be against playoff rivals Splyce on June 16, while H2K will be up against relegation strugglers Vitality on June 17.