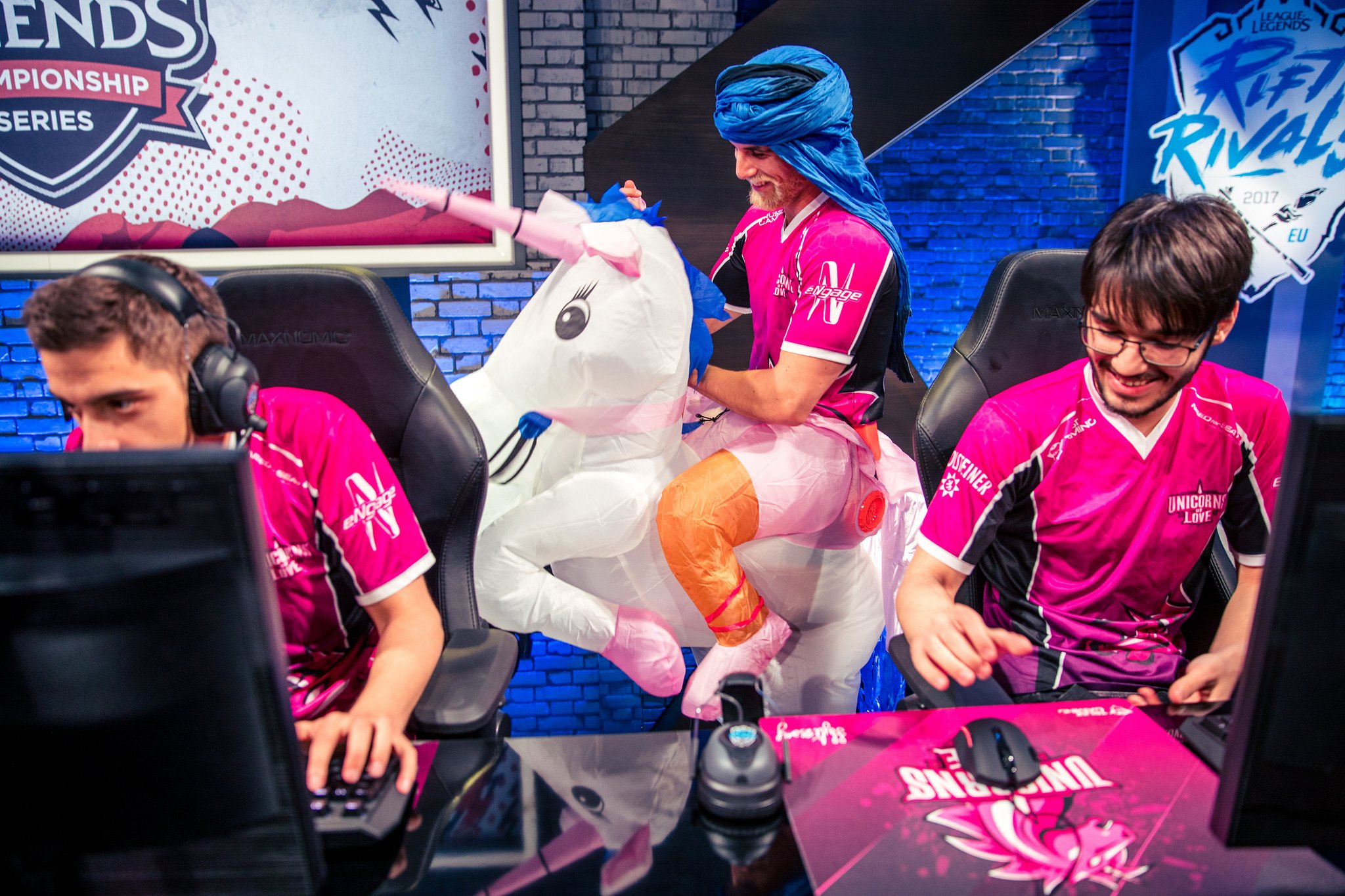 North America was ahead of EU going into day two of Rift Rivals in Berlin.

NA teams won four out of the six games in the first day of Riot’s new international event, and were looking to continue to dominate EU teams going forward. Unicorns of Love’s team manager Romain Bigeard was so confident on beating TSM that he promised fans on Twitter that he would shave his head if his team lost in the match—which Unicorns did. He was a man of his word, though.

Getting into the game, Cloud9 shocked the world by locking in Riven for top laner Jeon “Ray” Ji-won. Ray hasn’t played Riven competitively since the 2016 season, where he played her once—and lost. She’s the champion he is known most for in the League community, and recently has primarily played her in solo queue.

Cloud9 attempted to invade Unicorns’ jungle in the early game, but were surprised to see the team lying in wait to strike. Unicorns were able to get a small gold lead and a single kill from the successful counterattack heading into the laning phase.

It wasn’t long until Cloud9 turned the game of its head, however, as the team punished Unicorns’ overly-aggressive tactics by picking up multiple kills in each lane, taking a slight gold lead for themselves.

Neither team were able to gain a substantial lead throughout the game. When Cloud9 forced a play, Unicorns were quick to respond on the opposite side of the map—and vice versa.

It wasn’t until the 20 minute mark that the game really came alive, when Unicorns used an extra man advantage to sneak an early Baron away from Cloud9, giving them the buff needed to break into the base and take victory for themselves.

With a win finally under their belt, Unicorns face off against TSM around 4pm ET for a chance to get revenge for their loss in day one. Cloud9, on the other hand, are hoping to find their first win of the day against G2 Esports.