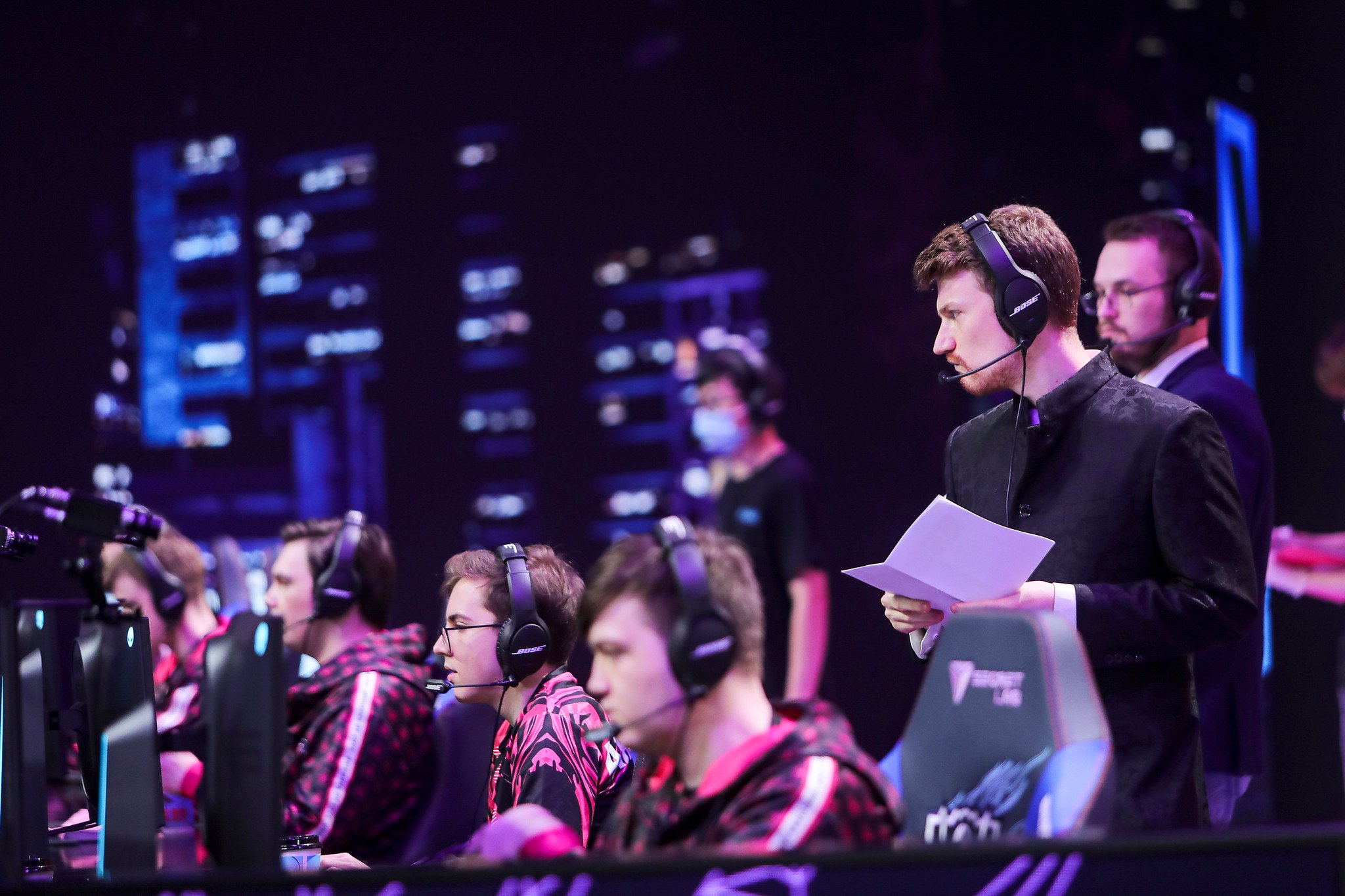 Shortly after Unicorns of Love lost to FlyQuest at the 2020 League of Legends World Championship earlier this week, the CIS team’s head coach Fabian “Sheepy” Mallant revealed his personal ethos: “Life is all about challenges you set for yourself, right?”

With Unicorns of Love sitting 0-3 in Group D at Worlds 2020, it’d at first appear as though the challenge of the biggest event of the year has been a little more than the team was equipped to handle. After making it out of the play-in stage as the CIS representatives for the first time since Albus Nox Luna in 2016, the Unicorns were immediately drafted into one of the most challenging groups of the tournament alongside Top Esports and DRX.

But in an interview with Dot Esports following their loss to FlyQuest, Sheepy retains—as he has at every stage of his career—a relentless positivity. “Obviously, a lot of people would rather have a weaker group that way you can advance further, and it will look better on whatever pamphlet you’re handing out to your sponsors,” he said. “But I feel like, with the Unicorns, it’s much more about the cool and interesting stories you get along the way.”

If there’s one thing the Unicorns have going for them, it’s these “cool and interesting” stories—becoming famous at Worlds 2020 for their creative drafting and use of flex picks. Their use of AP bot laners like Karthus, Ziggs, and Orianna has shaken up a bot lane meta that had been reduced to the stale trifecta of Jhin, Ashe, and Senna, with maybe an Ezreal thrown in here and there.

But in their loss against FlyQuest, in which the LCS gained its first victory of the main event group stage, the team looked remarkably different. Opting for a safer draft of Senna bot lane and Ornn top, the game came down to the wire with FlyQuest winning out after a successful teamfight at Baron. Despite Sheepy’s assertions that “if they expect you to draft unconventionally, and you draft conventionally, then that in itself is unconventional,” these “mind games” in the drafting phase weren’t enough for Unicorns to secure a crucial win in the first round robin.

Drafting is something that’s come under a massive amount of scrutiny in the past few years of competitive League. With the increase in educational content within the scene, the minutiae of drafting are becoming more and more accessible to audiences. But an increase in knowledge doesn’t always equate to an increase in understanding.

On the subject of draft criticism, Sheepy said “there’s a lot of social media backlash and a lot of people who just don’t understand what you’re doing”—and that this backlash in turn creates a loop of negative reinforcement for coaches willing to try new and creative strategies in their drafts. The hypothetical scenario of an owner or investor reading negative feedback from fans about a specific draft on social media and deciding they need a new coach is becoming all too real of a possibility.  Sheepy is confident that his creativity won’t be limited by the Reddit analysts, though. There are ”so many advantages that can be gained for free” in the picking of these unconventional champions, something that has been demonstrated numerous times throughout Worlds by the Unicorns and any team willing to open themselves to criticism for the sake of draft variations.

Drafts aside, the Unicorns have been a strange phenomenon at Worlds 2020. Despite going 0-3 in their opening weekend, their games haven’t been the one-sided stomps traditionally expected of wildcard regions going up against the “big four” major regions. They’ve put up a fight every step of the way and came close to beating the LCS’ FlyQuest, a team spearheaded by Sheepy’s old teammate, PowerofEvil.

It can often be difficult to gauge what success looks like for minor region teams at a tournament like Worlds. Historically, there’s been such a disparity in the level of international performance that taking victories can sometimes feel impossible. It can feel overwhelming for many of these wildcard players to play against players like ShowMaker, Caps, and JackeyLove. But the key, according to Sheepy, is “realizing that your opponents are also just kids playing video games.” Whether you’re sitting across the stage from Ruler or Gadget, both players are human, and Sheepy went on to explain that “they rise to their challenges, they have fears, strengths, goals, weaknesses, just the same as anyone else.”

The mindset that Sheepy has instilled into his players is that “nobody is 100 percent perfect, and it’s not as though we have to be 100 percent perfect while playing against them or else we’ll just lose.” In a game where taking an inch can give you a mile, perfection isn’t the key to success.

After one of the most contentious play-in stages in tournament history, in which the Unicorns of Love beat TCL representatives Papara Supermassive to advance to the main event group stage, much of the discussion around the wildcard regions has contained one key phrase: the gap is closing. In the past, the play-in stage has been considered a warm-up event for what many people viewed as the main stage of Worlds. But now, it’s quickly becoming just as competitive as the group stage. LEC representatives MAD Lions became the first major region team to fail to make the group stage. Legacy Esports, the representatives of the OPL, took games from the LPL’s LGD Gaming this year too.

Sheepy is uniquely poised for commentary on this supposed gap closing, having worked in both major and minor regions throughout his long career in League esports. When the team did not make franchising in the EU LCS’s rebrand to the LEC, they moved to the LCL with an all-new roster—Sheepy’s first experience in a minor region. He’s witnessed the exponential growth of the skill ceiling within League of Legends.

“I think the game is far from being figured out, but I do think nowadays people are playing so much better than they have in the past,” Sheepy said. The idea of a “meta” and “draft dominance” has also changed significantly from the days where a single champion could “completely take over the game one-vs-five” (we’re looking at you, Kassadin). Play-in teams now are arguably better than major region teams from a few years ago—and Sheepy has been there to experience all of it.

Although the Unicorns have a long road ahead of them if they want to make it out of the group stage, they’ve undeniably left their mark on the World Championship. They’re a shining light for the wildcard regions of competitive League, representing their region for the first time since 2016 and doing it in their own unique style.

The first barrier in the way of Unicorns’ miracle knockout stage run will be tournament favorites Top Esports. You can watch that game on Oct. 11 at 4am CT.