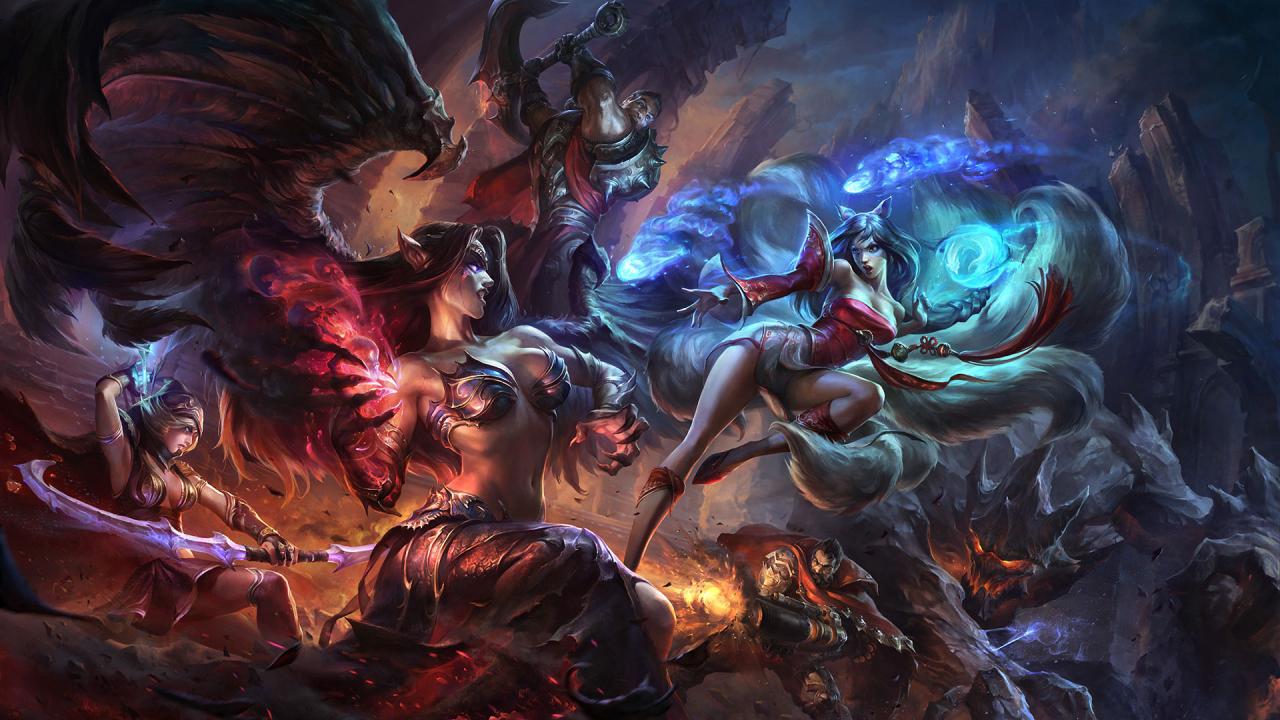 Late last month, League of Legends creator Riot Games promised that it would bring “change into our cultural DNA” and stamp out “sexism” and “misogyny” after ongoing accusations about sexual harassment inside the company. Some worry that Riot is backtracking on change after two employees with a vocal pro-social justice background departed from the company under questionable circumstances, Kotaku’s Cecilia D’Anastasio reports.

Communications associate Mattias Lehman and systems designer Daniel Klein are no longer associated with Riot, and seven past and present Riot employees argue that the two men left after they vocally defended Riot’s gender-inclusive panel segment during PAX West, Kotaku reports. Klein went on to tell The Verge that he was fired from Riot “for violating our social media policy.”

During last weekend’s convention, Riot held a series of workshops at PAX intended to help women and non-binary people enter the gaming industry. These workshops were for women and non-binary attendees only, and they focused on such issues such as building a career portfolio and how to work as a game producer. The space proved controversial among League of Legends fans who felt the segment was engaging in “sexism” against men, leading to backlash on both Reddit and Twitter.

Klein and Lehman both defended the panels publicly, with Klein facing intense scrutiny from the League subreddit after he posted a Twitter thread in which he criticized the subreddit’s response.

“Men are RIDICULOUSLY over-represented in gaming; They’re listened to when women are ignored, promoted when women are passed over, lauded for speaking out when women are being called ‘difficult to work with,'” Klein tweeted in the thread. “I sincerely hope these manbabies crying in that thread will grow up some day.”

In response, one Redditor equated Klein’s stance to “segregation,” while other users demanded that he leave the company.

“It’s really not ‘too late’ to fire him,” one Redditor wrote. “Riot’s already had a huge shitstorm this year PR wise, he needs to go ASAP.”

Lehman, on the other hand, defended Klein on Twitter. Beforehand, he had posted an article on Medium that called on Riot Games to change its internal culture, saying that some employees in the company are “fighting to make Riot the place we want to work.”

“Being an ally means listening to, learning from, and standing up with marginalized people,” Lehman tweeted in support of Klein on Sept. 5. “[Klein] has done that in the years I’ve known and worked with him. It’s telling when people spend more time tone policing him than calling out those harassing and threatening him.”

One Riot employee told Kotaku that Klein left after Riot deemed his public tweets were “insufficiently polite,” and that Lehman departed because his support for Klein and his perspective was incongruent with his communications specialist position. This falls closely in line with Riot’s tweet on Sept. 1, in which the company said that “no matter how heated a discussion, we expect Rioters to act with respect.”

Riot, on the other hand, insists that both Klein and Lehman’s departures have nothing to do with the company’s plans to change its organization’s corporate culture, according to a public statement made by one Riot representative to Kotaku.

“These departures are independent from our efforts to evolve our culture. Our culture remains our top priority, and we remain committed to taking the steps that we need to become a leader in Diversity & Inclusion. We will always encourage Rioters to share their perspectives, and we fully support efforts by Rioters to further our Diversity & Inclusion initiatives. We are committed to making real, positive change in Riot’s culture and internal advocates are a crucial part of making that happen.”

Klein and Lehman, on the other hand, both provided the exact same statement to Kotaku when asked about their departures.

“I am parting ways with the company,” both said in official statements to Kotaku. “I’ve got a lot of great friends there, and I’m looking forward to what’s to come.”