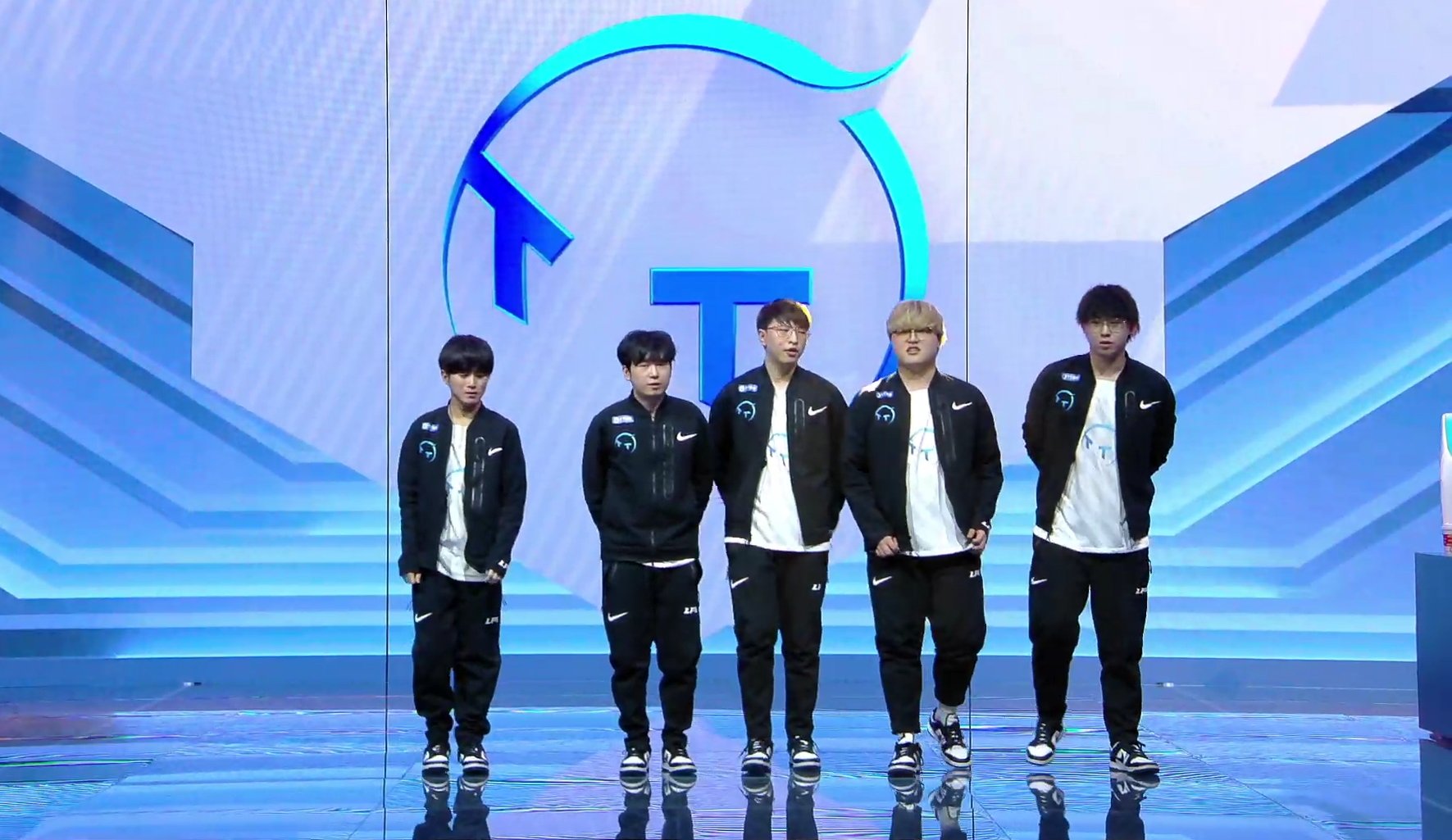 After suffering four straight defeats to begin the 2021 pro League of Legends season, ThunderTalk Gaming earned their first win in the fourth week of the LPL Spring Split today by defeating Victory Five 2-0.

This series also marked the debut of V5’s rookie top laner Li “invincible” Xiao-Bing. Unfortunately for him, he played the first game only to be relentlessly ganked by enemy jungler Xiaopeng in the early game, lose, and return to the bench to let Aodi fill the position. He didn’t have a chance to show much on Aatrox, but he might step onto the stage again later in the split.

In this series, TT mid laner Twila took creative picks that proved to be successful to react to V5’s drafts. He picked Renekton against Syndra in the first game, which resulted in him grabbing a triple kill while rotating to the top lane, and Neeko in the second game to counter Mole’s Yone.

Although Twila won his lane in both games and grabbed the MVP title on Neeko, it was also due to the help of jungler Xiaopeng. Both players showed solid synergy and took over the map whenever Weiwei was away to farm jungle camps.

Both teams showed a similarly agressive and bloodthirsty playstyle, which offered games full of action with over one kill per minute—in traditional LPL fashion. Even when there were no neutral objectives available in the jungle, both teams engaged risky fights to wipe the Rift.

Those risky engages caused the fall of V5 in both games, on top of losing the lead early because of Xiaopeng’s successful ganks. Even when the team initiated good teamfights with ppgod’s crowd control (who literally skyrocketed), they failed to show much coordination and ended by dying to the hands of TT players.

TT will have a chance to grab their second win by playing eStar on Feb. 3, while V5’s next matchup will see them face off against the 5-0 team Edward Gaming on Feb. 2.