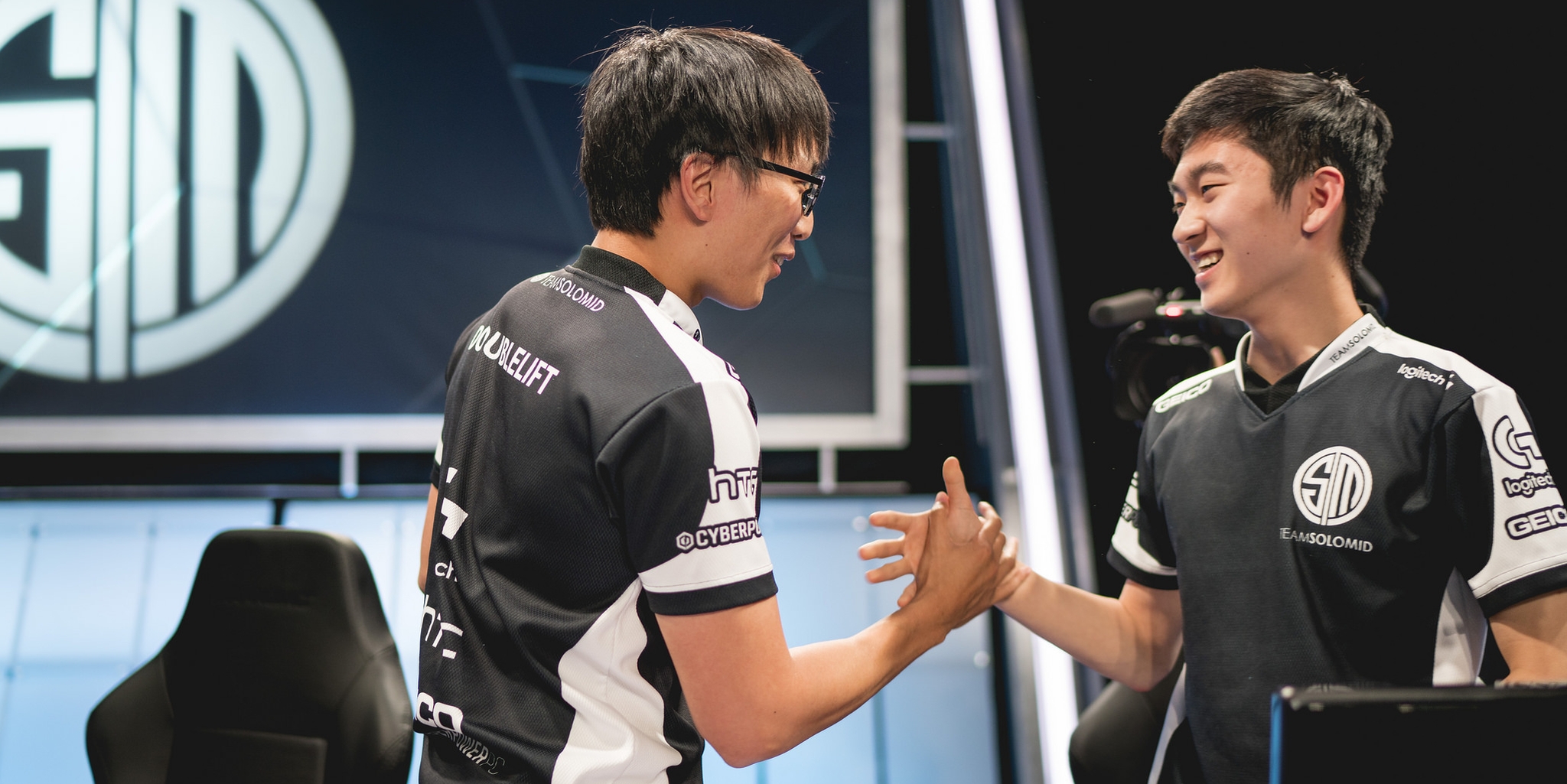 With a spot in both the NA LCS finals and Worlds on the line, TSM swept Counter Logic Gaming (CLG) and denied them an opportunity to three-peat as NA champions. With the win, TSM keeps alive their streak of competing in every North American finals since season one.

Other than some early game success in game two, it never really seemed like CLG had a chance. TSM’s ability to absorb pressure and control objectives was too much for CLG, as it had been for every other team during TSM’s 17-1 regular season.

TSM took 12 dragons and three Barons, compared to just one dragon for CLG, and there were only five minutes in the entire series during which CLG had a gold lead.

Unexpected drama struck early in the series, when game one had to be remade after about 10 minutes due to a visual bug with Jae-Hyun “Huhi” Choi’s Aurelion Sol. CLG had the kill lead at the time, but TSM had a slight gold lead.

Due to a visual bug with Aurelion Sol, @TeamSoloMid accepted the offer to remake game 1. Aurelion Sol will be disabled for this series.

According to the castors, Bjergsen was seeing Aurelion Sol’s stars orbiting in a brush when the champion wasn’t actually there. The bug evidentially scared Bjergsen off what would have been an “easy kill” during a skirmish, but it was CLG who lost a champion that’s unique to their champion pool when Aurelion Sol was banned from the remaining matches.

The pick-ban phase in the remade game went exactly the same, except CLG took Taliyah for Huhi after briefly hovering Aurelion Sol in what seemed to be a small act of protest. CLG denied Dot Esports’ request for an interview about the remake after the match.

The playoffs resume next weekend with the third-place game on Saturday and the championship on Sunday at the Air Canada Centre in Toronto. TSM will go against Cloud9, who beat Immortals Saturday in the other semifinal series.

If TSM takes down C9, CLG will qualify for Worlds based on championship points. If C9 beats TSM and auto-qualifies for Worlds next weekend, then CLG will have to battle with Immortals, Team Liquid, and Envy in the regional qualifier for the final Worlds spot.

Here are the pivotal moments of Sunday’s series.

With Aurelion Sol and then Taliyah in the mid lane, it was clear CLG was going to need to convert some roams from Huhi. CLG laid its cards on the table with this first attempt at a three-man dive in the top lane, but TSM’s Kevin “Hauntzer” Yarnell withstood the pressure. On the other side of the map, TSM picked a kill, an infernal drake, and momentum that they never relinquished.

TSM methodically set themselves up with a cascade of small victories early in the game, which led to this blowout. With vision control all around the Baron, TSM baited CLG into a risky team fight. TSM took four kills, then the Baron, then Elder Dragon, and another insurmountable lead.

A huge fight at Baron results in 4 kills for TSM! #NALCS https://t.co/QyfDUraL8E

This easy-looking double kill for Bjergsen was a microcosm for how effortless it seemed for TSM as they rolled over CLG in the final game of the series.