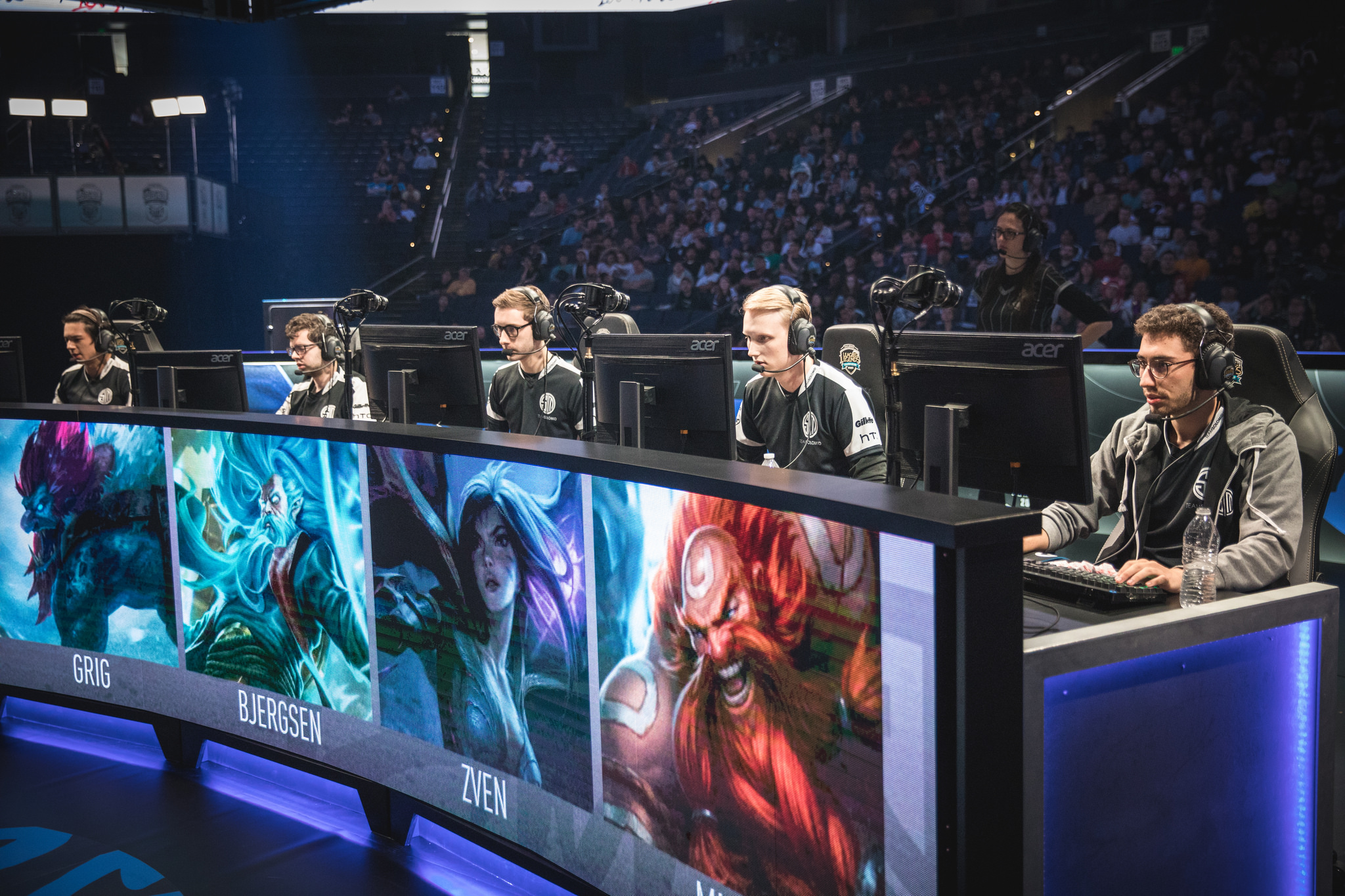 TSM will move onto the NA LCS regional qualifier finals after completely dismantling Echo Fox in their 3-0 victory today.

The last time TSM and Echo Fox met on Summoner’s Rift was in the first round of the NA LCS Summer Split playoffs at the end of August. That series was relatively close, with TSM eeking out a 3-2 win.

Three weeks later, any parity between TSM and Echo Fox skillswise has long since disappeared. Between their quarterfinal contest and today’s regional qualifier semifinal match, TSM completely surpassed Echo Fox in their play, relentlessly stomping their opponents into submission.

And leading TSM in their 3-0 sweep today was none other than their mid lane leader Søren “Bjergsen” Bjerg. Playing Syndra, Vel’Koz, and Galio, Bjergsen continued to find the winning plays in teamfights. Whether it was his Life Form Disintegration Rays in game two or Hero’s Entrances in game three, Bjergsen seemed to always find any openings in Echo Fox’s teamfighting.

But while Bjergsen was closing out teamfights, the player finding advantageous fights for TSM was their jungler, Jonathan “Grig” Armao. In his best series thus far, Grig dominated Echo Fox with his ganks in the early game and engages once the laning phase concluded. Almost all of Grig’s Explosive Casks caught at least one player on Echo Fox, allowing TSM to start fights with a man advantage.

Instead of finding an early teamfight win to snowball off of, TSM’s plan of attack was to get many small victories, from Elemental Drakes to towers and, of course, kills. These numerous small advantages quickly racked up, giving TSM enough of a lead to finally find that needed teamfight ace come the 20-minute mark.

With Echo Fox now disposed of, TSM will prepare to take on Cloud9 in the regional qualifier finals set for tomorrow (Sept. 16) at 4pm CT.