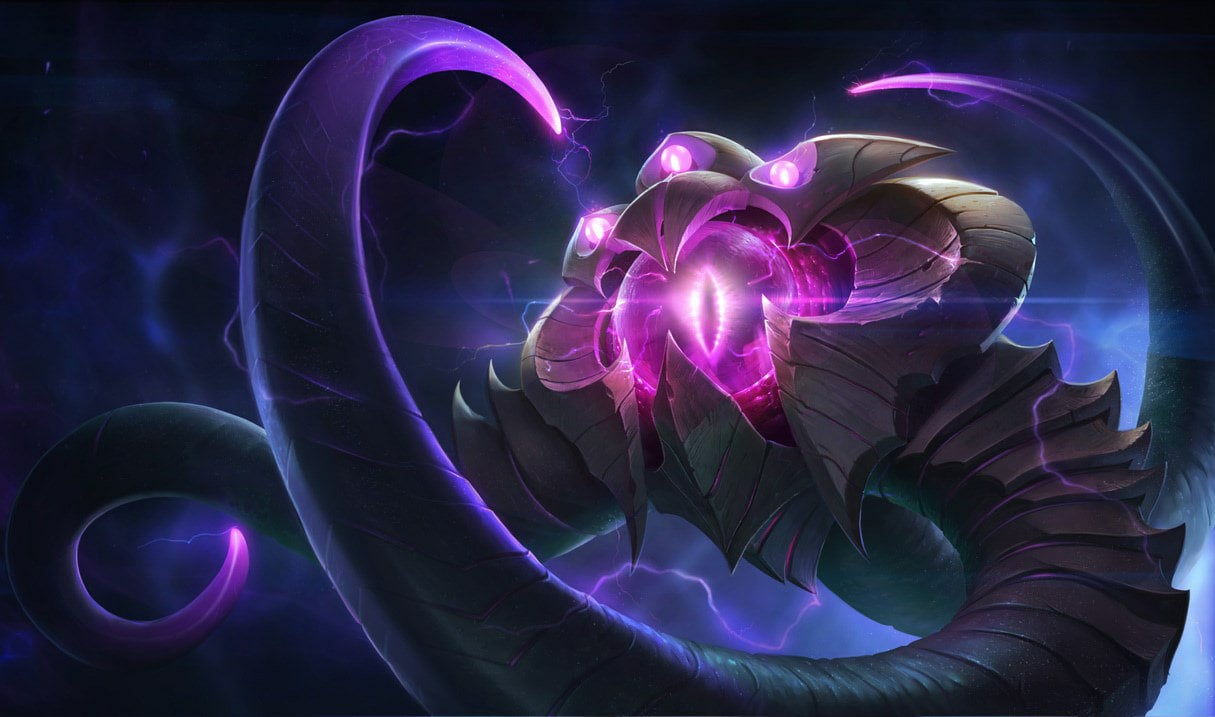 Vel’Koz is not a good champion in professional League of Legends. He’s been picked or banned in just over six percent of matches worldwide in the Summer Split. When he does see the Rift, his win rate hovers around 45 percent.

So when TSM mid laner Søren “Bjergsen” Bjerg locked in Vel’Koz in last week’s third-place match vs. 100 Thieves, you could almost hear the TSM fans groan. Why pick such a bad champion in a key moment? But that was before we learned the true genius of Bjergsen’s Glacial Augment Vel’Koz build.

Most of the time, Vel’Koz is picked as a counter to mid lane control mages like Ryze. In that matchup, he can use his long-range abilities to poke out his opponent. Most of the time, he’ll rush Luden’s Echo for burst damage and Morellonomicon for sustain.

Bjergsen took that build and threw it out the window. First, he took Glacial Augment as his keystone rune. Glacial Augment adds a mini Ashe freeze to a champion’s basic attacks. But it’s real power is the passive effect on item activations: Any item that slows an enemy champion creates a huge AOE zone that slows by 60 percent with no cooldown.

Bjergsen further breaks the build by rushing two items you almost never see in competitive play: Twin Shadows and Hextech GLP-800. Twin Shadows comes first because it gives you AP, CDR, and spawns two spooky ghosts that can slow an enemy from up to 4,000 units away. And if those ghosts hit? You guessed it: The Glacial Augment slow activates with full effect.

Get a little closer, and you can activate the GLP, which shoots out a bunch of icy crystals in an AOE zone. AOE slow upon AOE slow? That’s ridiculous. And as Echo Fox found out today in their gauntlet match against Bjergsen and TSM, all those slows make it awfully easy to land Vel’Koz’s most impactful ability, his ultimate.

If you want to make things even more ridiculous, take Cosmic Insight, which gives you five percent item CDR and Ingenious Hunter, which can give up to 40 percent based on the number of unique champions you take down. At 40 percent CDR, Twin Shadow’s ghost CD is reduced to 54 seconds and GLP’s AOE slow is reduced to 24 seconds. That is absolutely broken.

The full build is as follows:

So stop playing Vel’Koz wrong and take a page from the best mid laner in NA. If this build can get TSM to Worlds, it can do miracles for you in solo queue.