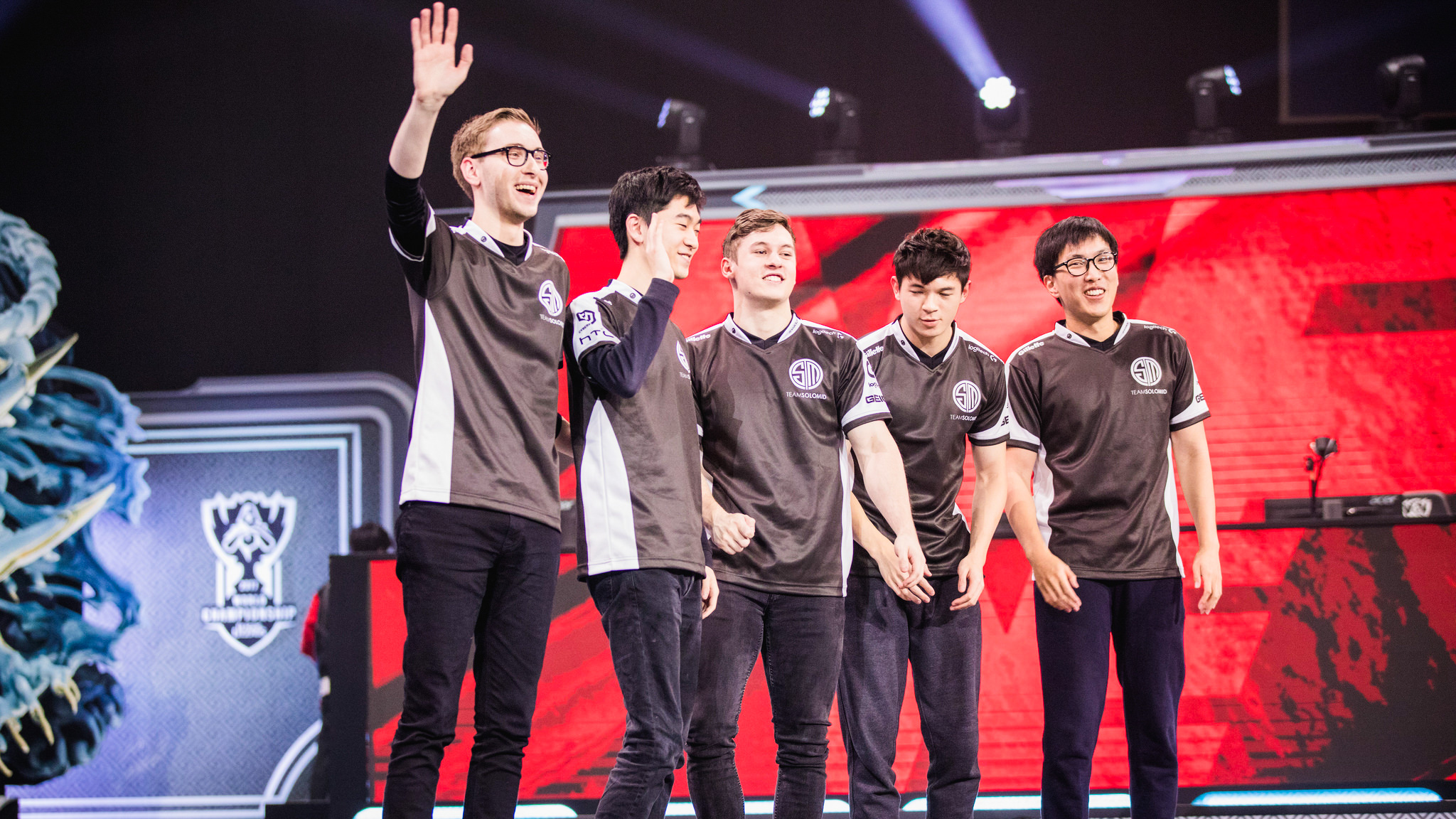 One of the most astonishing stats of Worlds is North America’s record in the second week of the group stage.

Since 2015, NA LCS teams are just 3-21 after the first week, a figure that’s almost too ridiculous to believe. The team at the center of many of those losses? TSM. Their inability to play the red side of the map, to control vision, and to play proactively, especially in the early game, has been a noose around their necks for years. Despite all the focus on Worlds, TSM’s indifferent losses this year have continued that trend.

So it’s safe to say that TSM had a lot to overcome if they wanted to finally make it out of the group stage. After an early loss to Team WE, one where they fell behind from the start and never recovered, the pressure was on. Then their opponents, Misfits Gaming of the EU LCS, picked Blitzcrank and Yasuo for a blatantly early-game centric team composition, and the race was on.

Against all odds, TSM survived against Misfits and took back control of their Worlds destiny.

For such an important game, TSM could not have gotten off to a worse start despite playing blue side, by far their best starting position. Misfits support Lee “IgNar” Dong-geun made the ballsy Blitzcrank pick and took over the early map. A coordinated roam blew TSM mid laner Søren “Bjergsen” Bjerg’s flash at level one. Bjergsen was playing TSM’s only real winning lane. But without his Flash, Bjergsen couldn’t really push ahead or help Dennis “Svenskeren” Johnsen in the jungle.

Svenskeren has been struggling heavily this tournament, but the same is not true for Misfits jungler Nubar “Maxlore” Sarafian. Maxlore invaded Svenskeren early and often, setting up camp in the TSM red-side jungle with more help from IgNar. With hook after hook from IgNar finding TSM players, Misfits got everything they wanted: First blood, first turret, and huge CS leads.

The solo lanes finally show up

With TSM ADC Yiliang “Doublelift” Peng falling several levels and items behind, the team needed to pull a rabbit out of its hat. But unlike in previous games where TSM would lose and then defend miserably, the solo lanes picked up the slack. Top laner Kevin “Hauntzer” Yarnell built defensively and survived the lane against Yasuo. Bjergsen stabilized after losing his flash. Some smart rotations to give up towers TSM couldn’t defend for objectives on the other side buoyed TSM’s chances.

TSM’s only hope was to wait for Doublelift’s Twitch to scale and then try and start a fight. And they sure as hell found the right one.

The weakness of Blitzcrank and Yasuo is responding to TSM’s engage. Svenskeren correctly targeted the immobile Blitzcrank with a Sejuani ult, Vincent “Biofrost” Wang dove into the center of the enemy team, and Doublelift and Bjergsen started to open up. There’s just nothing anybody can do against Twitch at two items, spraying and praying all over the place.

Somehow, some way, TSM found their fight. And they kept repeating that formula. As long as they were the ones to engage, there wasn’t enough Misfits could do except try to kite back and watch the stragglers die. Even Misfits’ proactive plays went wrong—a mid lane kill on Doublelift came at the expense of two vital flashes, which allowed TSM to win the next fight.

After taking two uncontested Barons, TSM were in full control of the map. Their composition finally came online, and they took down the Misfits’ Nexus.

TSM’s fate is now in their hands. Win against Flash Wolves in the next match, and they’re guaranteed at least a tiebreaker for the quarterfinals. As for Misfits, they now need to win against WE to guarantee their spot, especially if TSM win as favorites against Flash Wolves. With just two games left in Group D, nearly anything can still happen.