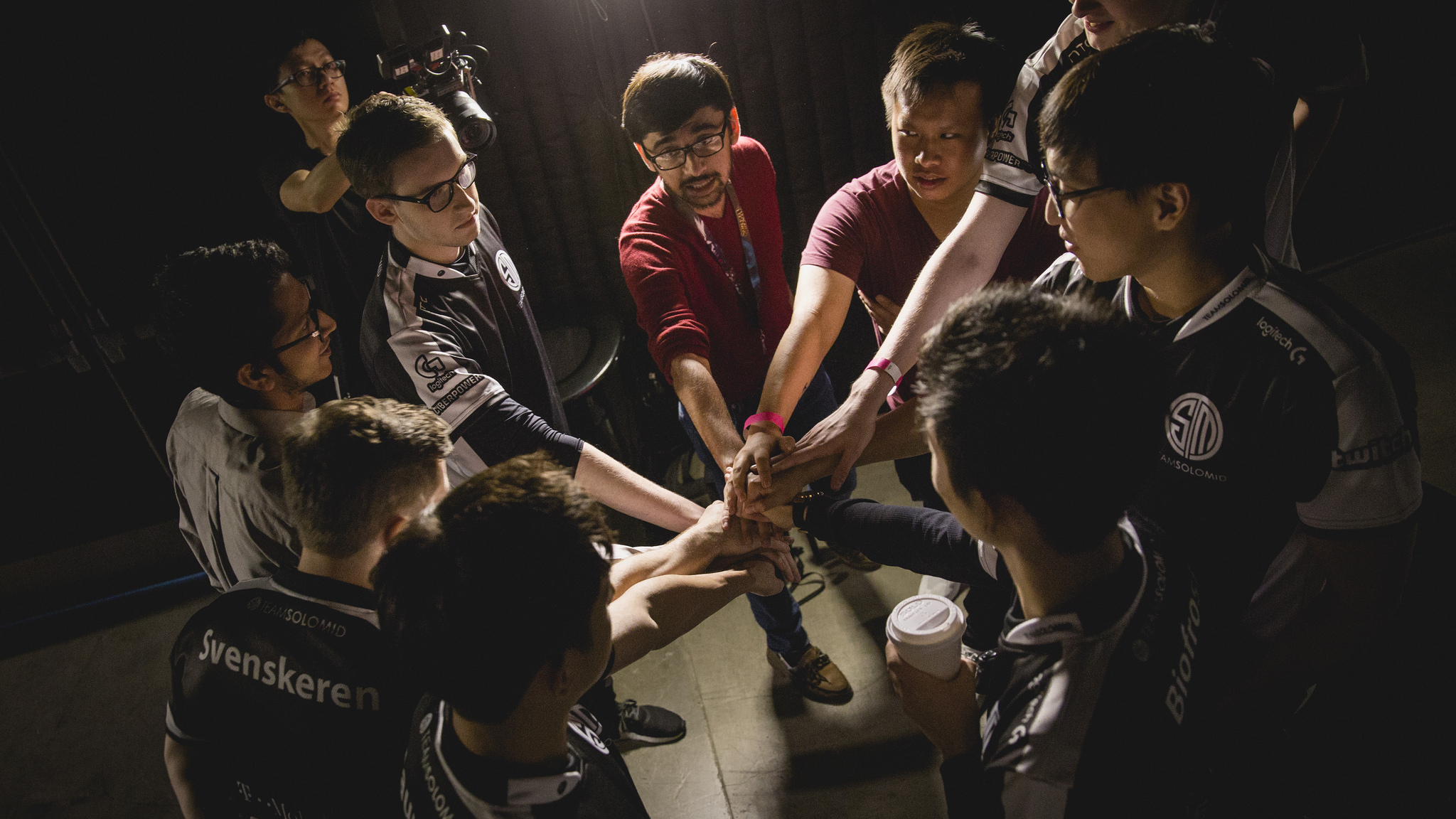 TSM is one of the longest-standing teams in the NA LCS. Not only have they become a household name for League of Legends players around the globe, they’re also well known throughout the entire esports community. They’re an icon, and to many, they are the NA LCS.

They’re more than just a team, they’re a dynasty, and this weekend in Boston, they have a chance to do something that no other North American team has ever been able to pull off. If they win the finals against Immortals this Sunday, it’ll be the first time in history that any team has ever won three split championships in a row.

Yiliang “Doublelift” Peng is back, and recently, the rest of the squad has been performing on a level we’ve never seen from them before. If it’s ever going to happen, it’s this year. Unfortunately for TSM, this Immortals squad may be the toughest finals opponent they’ve faced, at least in the past couple of years.

With so much riding on the shoulders of this Finals appearance, there’s only one question that the fans care about right now.

Can TSM pull it off?

TSM are definitely no strangers to winning, except when it comes to Worlds. Their appearance in the last nine NA LCS Finals in a row earns them a lot of stock when it comes to picking favorites to win the 10th. Even though Immortals are looking fearsome, TSM has never missed a spot in the finals, and that’s because, very simply, they’re a great team.

We can safely say that we know TSM doesn’t crack under pressure, at least domestically. Since we’ve never seen Immortals in such a high-stakes situation, we don’t know if they can claim the same strength, giving TSM the upper hand.

After what seemed like an eternity for fans (it was just a split, guys, calm down), Doublelift returned to TSM for the summer. It took a couple of weeks for the rest of the team to get used to shifting shotcallers again, but after that adjustment phase, they returned to form and better than ever.

Despite that rocky start to the split, they came back in such a landslide that they climbed all the way up to the first place seed after the final week of the regular season. TSM is one of the only teams in the NA LCS that has an ADC shotcaller, but they pull it off. Doublelift is extremely proactive and decisive, and the fact that the team seems to always be preparing for the next objective push is likely because of him.

It doesn’t hurt that, mechanically, the TSM bot lane of Doublelift and Vincent “Biofrost” Wang might be the best in the league. It’s rare for TSM’s bot lane to lose the laning phase of any game, but even when they do, they always seem to bounce back thanks to excellent rotations and macro play. TSM’s greatest win condition revolves around enabling that power from Doublelift.

TSM should focus the draft around a winning bot lane matchup, and get early party ganks from the mid lane, jungle, and teleports from top to snowball Doublelift and Biofrost out of control.

Søren “Bjergsen” Bjerg. There isn’t much more that needs to be said here, but we’ll elaborate anyway. It’s up for debate on whether Bjergsen is mechanically the best mid laner in North America or if it’s C9’s Nicolaj Jensen, but Bjergsen has one gigantic talent that Jensen doesn’t have.

Even if Bjergsen loses his lane, which definitely does not happen frequently, he has the uncanny ability to empower the rest of his team to help them snowball instead. His game knowledge and macro play is unrivaled. He’s perfectly comfortable dropping everything to rush to Dennis “Svenskeren” Johnsen’s aid just as much as he’s willing to fly bot lane to get Doublelift some kills. He’s also perfectly comfortable going on assassination runs into the enemy’s jungle to alleviate pressure on TSM’s other lanes.

In Doublelift’s absence last split, Bjergsen stepped up as one of the team’s major shotcallers, and since then, his proactivity has improved tenfold as well. Not many players can say they’re mechanically gifted and one of the best team players in the game, but Bjergsen can.

That’s not all, either. Unlike many other teams that focus their draft around getting their mid laner the best matchup, TSM doesn’t have to focus their draft on Bjergsen at all. He can take any mid laner in the game and still get a giant, snowballing lead for himself, so TSM doesn’t have to waste resources on getting him specific champions. His champion pool is deep, and that is certainly an underrated quality to have, especially when so much relies on picks and bans.

Titan of the top lane

Last week against Dignitas, TSM’s top laner Kevin “Hauntzer” Yarnell proved that he can throw down with the best. Dig’s Kim “Ssumday” Chan-ho was supposedly the best top laner in the league, renowned as one of the best in the world no less, and Hauntzer held his own. Not only did he go toe-to-toe, he also won the laning phase a couple times.

Just like Bjergsen, Hauntzer stepped up his decisiveness and proactivity in Doublelift’s absence in the spring, and last week, Hauntzer translated that confidence to give Dignitas a proper ass whooping. If he can keep that momentum going, it’s going to be very difficult for Immortals’ Lee “Flame” Ho-Jong to compete, even though Flame’s season has been great as well.

With Bjergsen freeing up the draft for TSM, more pregame pressure can be applied for Hauntzer. If he can get the strongest meta champions, like Maokai, Kled, and even Renekton if the team comp calls for it, Hauntzer can find a lead. Even more, if Svenskeren hangs out top lane enough to relieve pressure on Hauntzer, that also means Hauntzer can afford to roam with teleports more often. Nowadays, all eyes are on Bjergsen and Doublelift, but that doesn’t mean Hauntzer can’t carry just as hard, because he’s proven his worth time and time again.

Not many teams can control the map like TSM can. Their macro knowledge has improved at an alarming rate over the past few months. Roams, party ganks, and seamless rotations have turned them into a force of nature, and their win condition revolves around that.

Step one for TSM is using the draft to get winning lane matchups for Hauntzer and the Double-frost duo. If they can use that draft to get the lead top and bot, the map opens up wide for them to start making huge team rotations and plays, and they’ll run away with the game.

That can only happen if Svenskeren takes pressure off of Hauntzer and Bjergsen to allow them to roam and snowball the bot lane. Then, the domino effect starts—and finally, TSM ends the weekend with their third straight finals victory, and they’ll have made history.