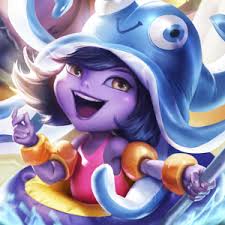 As of last night Team Solo Mid lost the NA LCS Finals to CLG 3-0. With this TSM’s Weaknesses have shown up more than ever. TSM’s laning and team play were well below what most Expected, But what was the most saddening was their Draft… Several Problems were seen up in the tsm draft, the first to catch my mind was putting Wildturtle on Kog’Maw all 3 games, he was called out on his positioning all Split long so putting him on a champ like Kog’Maw where the team depends on you to position very well just does not make sense to me, Yet In my Honest opinion he was the best player on his team in this series.

Bjergsen’s play was very underwhelming Diving Pobelter in team fights just to die, Ulting very early in fights as Yasuo instead of waiting for the proper setup.  Secondly it has been said by Bjergsen no less than a week ago that he felt his Yasuo was bad. Sure he could of improved it to the point of feeling comfortable but if he was not 100% Ready to pull out his Yasuo again it was not the time or place for him to. With the seeding at hand and just straight up embarrassing themselves.

Now to my Main Point of Interest the last few weeks of play TSM have look very good in both their 3-1 Victories Vs GV and TL. I feel we all felt TSM had gotten Better because they Hid Most of their Problems behind the Yordle Girl Lulu! TSM’s Games were they had Lulu were their cleanest all split, Especially game 4 against TL. TSM’s Stat line with lulu on the roster during play offs 3-0 with Bjergsen’s Stats being 8/2/25 throughout those games, They lost both games they tried to replace the lulu in there comp with Orianna. When TSM played Lulu Both Dyrus and Wildturtle had much larger scorelines both picking up the slack of a low damage mid laner. but without the lulu tsm was afraid it seemed to put Dyrus on Olaf which carried them against GV, And WildTurtle on Jinx, Which TSM did not pick and than got Penta’d by from poor team fighting. Why would TSM put Turtle on Kog’Maw but Not Jinx Champions with similar flaws.

TSM and the S Tier Mages. TSM have demonstrated in their series against Liquid that they can play with one of the S tier Mages in Azir and still run there other carries in Jinx and a higher damage top in Gnar, But Besides game 1 the jinx play was not as good as combined with the lulu. Turtle Was always down CS despite being in the favorable lane swap.Back to the series at hand.

Game one of TSM vs CLG they first rotation Nidalee, One You dont need to against Xmithie IMO because his mechanics have been sub-par and his nidalee play has been lack luster. TSM’s Comps would Benefit from maybe taking away the Gragas. Secondly CLG banned lulu all 3 games along with Azir while TSM tried to target ban the bot lane mostly. Leaving Xmithie on Gragas two of the 3 games and Pobelter on Viktor all 3 games. Why would TSM do that most people asked themselves. Well let me ask you have you watched TSM’s Regular Season Games with Viktor? TSM played Viktor A total of 3 times winning only one of these games. These being said TSM showed how to play around and with Azir but not Viktor. TSM’s Stat line with Viktor was not bad despite being 1-2 with him, 12/6/10 KDA. But the bigger stat here is TSM gave Viktor away 6 games and won all 6 of those games before the finals. Things to take into account. TSM was able to beat Viktor Using Ap Kog’Maw 3 times, Azir 2 times, and lulu once. And when it came to the finals two of these champs were banned and they picked the third being Kog’Maw but never played it mid… Stats show TSM would of had a better chance with Kog mid and another ADC Like Jinx, Trist, Or Sivir.

In Conclusion i think TSM 100% lost this series in Pick and bans and Team Play. Was a well Deserved win By CLG and Cant wait to see them at worlds.