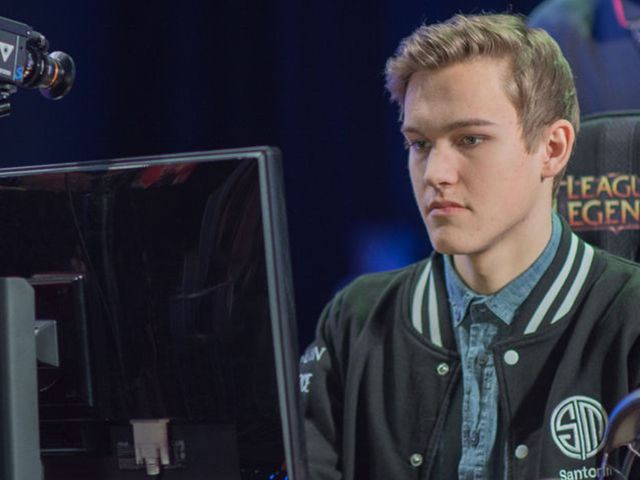 After cruising through the North American playoffs, Team Solo Mid will now be turning their attention to Riot Game’s Mid Season Invitational, with hopes to continue their international hot streak coming out of IEM Katowice.  The team’s performance in the North American scene has been a dominant one, and after some recent international success — something that has been a rarity for western teams in League of Legends — many fans are looking for them to be the West’s best chance for a victory at MSI.  However, the road ahead of them is filled with many tough competitors, and they will be far from favorites heading into this event.

Team Solo Mid is one of the most interesting Western teams to evaluate on an international level, as they continue to dominate the North American scene. However, they have constantly fallen short when competing on the internationally… Until recently.  This year at the Intel Extreme Masters World Championships in Katowice, TSM was able to outperform their international competition and end up beating China’s World Elite to take home the championship.  Unfortunately for everyone that was looking forward to seeing TSM play Korea’s number one team the GE Tigers in the finals, team W.E. spoiled this opportunity by upsetting the GE Tigers in the semifinals of the tournament, denying any chance TSM had of doing so themselves. Unfortunately for TSM, while this upset may have been an instrumental part in helping them secure a 1st place finish, it also cost them some of the respect that would have normally come with winning a tournament of this caliber.

In North America, TSM’s solid run through the playoffs definitely showed that this season’s line up is by far the most dominant TSM roster that we’ve ever seen. Literally every single series that the team played in the post season was a demonstration of the team’s dominance within the North American region, as there just didn’t appear to be any weakness in this line-up when playing against their North American counterparts.

Analyzing Their Strengths, Evaluating Their Weaknesses

Coming into this season, there were many questions hovering over this TSM line up: Would they be able to recover from yet another Jungle position roster swap? Will WildTurtle’s tendencies to struggle in lane continue to be a problem? Will the team be able to keep up with the likes of Cloud 9 and CLG?  However, now that the season is over, and we have the answer to most of these questions, let’s evaluate how the team managed to perform so dominantly this season.

Santorin. Who is this guy? This guy that North America’s best team has asked to come Jungle for them. I remember where I was when I heard that this nobody was going to be the starting jungler for one of the West’s best League of Legends teams. Actually, I don’t. But I do remember how shocking the news was that TSM was going to roll the dice on what seemed to be some mediocre challenger scene jungler, that didn’t appear to have anything serious on his record, outside of playing in the North American Challenger scene. As shocking as the news might have been, there was also a major jungle shortage going on in North America at the time, and TSM wasn’t the only team struggling to fill that void. With Riot killing everyone’s hopes and dreams during the off season of maybe importing some more Korean talent, by limiting the amount of foreign players that a roster could have, a lot of teams found themselves having to get creative to fill empty roster spots.  All of these factors would lead TSM into the perfect Santorin storm, as I would credit Santorin as being one of the most important pieces of the team’s success this season.

After a poor inaugural performance at IEM San Jose, things only got better for this young Danish gentleman, as his ability to play around and enable both Bjergsen and WildTurtle would help make this team the strongest it ever has been.  His play style of constantly playing around both carries from TSM would not only keep Bjergson safe from any serious pressure from opposing teams in the mid lane, but also help WildTurtle get past any weaknesses in his lanning phase that he regularly experienced last season, and focus on being that lethal team fighting A.D. carry that the team would need.  On top of that, Santorin’s individual performance this split was well above average.  His mechanics, his team fighting, and his decision making around objectives was all well above average this split, and one could easily make a solid case in favor of him being the best jungler in North America this split.

So we have really good pressure on Bjergsen’s lane, really good pressure on WildTurtle’s lane, now where does that leave Dyrus?  Unfortunately, in most games it would leave Dyrus’ performances this split found wanting.  It didn’t take teams long to find one of the few weaknesses of this new TSM’s play style: The top lane. It became more and more common to see teams shift their focus around Dyrus when playing TSM, as not only did Santorin’s play style almost guarantee that there would be little to no resistance from TSM’s jungler, but TSM’s top lane has also historically attracted a lot of attention from opposing junglers who have looked to shut down one of TSM’s most consistent players.  Oddly enough, despite this pressure, Dyrus has always been able to adapt his play style and find ways to perform, however this split would prove to be more difficult than usual.

Unfortunately for Dyrus, this season wasn’t only about pressure from opposing junglers, but also about efficiently being able to accumulate gold and experience during lane swap scenarios, as well as being bale to accommodate for jungle pressure on top of that.  This season, we saw Dyrus struggle in 1v2 lane swaps, occasionally just dying in this situation without any jungle pressure at all.  We saw him fail to account for jungle pressure during these 1v2 situations, leading to tower dives at strategic moments in certain games. We also would see him several times fail to account for jungle pressure from enemy junglers even after these lane swap scenarios had ended.  However, with all of these things considered, TSM was still able to find a way for Dyrus to contribute to the team’s success this season. Whether it was putting him on champions like Lulu or Sion, both of which can fond ways of being extremely useful to the team even when played from behind, or just simply capitalizing elsewhere whenever Dyrus would get ganked, TSM found ways of adapting to this weakness, which would be one of the few weaknesses they would have this split.

When speaking about the success of TSM, you can’t go without speaking about either of these players.  To do so would be unfathomable.  It would be heresy, blasphemy, and idiotic.  These two players were without a doubt the best in their roles this split.  The mechanics of and performances from these players were the backbone of TSM’s success and and without them the team would be irrelevant.  These are the players that don’t fail under pressure.  They’re the guys you want on your team in the “big game” and player you want taking the shot at the buzzer.  They don’t choke.  This quality is something that is incredibly hard to find anywhere in any sport, and League of Legends is no exception.  Time and time again we have seen players come to the big stage; good players, mechanical players, smart players. But what so many of these players lack is the ability to perform consistently under pressure, and this is a problem that neither Bjergson or Lustboy have in North America.  Add that to their overwhelming mechanics and game knowledge and you get two of the finest players that the North American scene has to offer.  But we’ve heard all of this before.  We know that they’re excellent players, and we know every time we see them play we are going to see some incredible League of Legends being played, even when they lose.  Nothing has changed. This split has only been a repeat of what what we have come to expect from these two players, so moving on…

WildTurtle’s success this season has been a result of a few different factors this season.  First off, Santorin has been a definite improvement to TSM’s roster, and that has been the case more so from the perspective of WildTurtle than probably any of the other 4 roles on TSM.  The pressure that Santorin has provided to WildTurtle, wherever he ends up being on the map (thanks meta) has made in increasingly harder for most teams to put pressure on any kind of weakness WildTurtle may have in the early stages of the game.

Another key change here has to be in the meta of the game.  We have consistently seen the game shift way more towards the benefit of great team fighting marksmen and not so much those players that are just exceptional laners, especially later in the season with the cinderhulk changes. What I mean by this, is that later in the season here, it has become way more rewarding for most teams to have an adc that can team fight exceptionally well than it it is to have one that is just dominant in the lanning phase.  In the future, I will expand on this idea, but for some quick examples of this we can simply look at the developments within the European scene. An adc like Forg1ven, who is one of the best lanning carries in the game at the moment, is constantly being matched and maybe even outperformed by these players, such as Vardags and Hjarnan who excel at the team fighting aspect of the game way more than they do the lanning part of it.  They do this on  champions like Jinx, Sivir and Kog’maw, all of which sacrifice some of their pressure in lane, but are then rewarded when we see them start team fighting.

From the perspective of TSM, this shift in the meta could not have been better.  We saw WildTurtle play these great team fighting carries and put up huge numbers several times throughout the split.  His play style with the team made made sure he was always another significant damage threat, along side Bjergson, making TSM incredibly hard to play against.

So where does all of this us as we head into MSI? TSM has work to do.  Are they favorites? Definitely not.  Will they take 1st?  Probably not.  Can they win? Yes.  It’s going to be an uphill battle, but with Pawn out of the picture for EDG, and GE Tigers already proving that they are in fact mere mortals on the international stage, I think we can say this is the best chance TSM has ever had at winning a legitimate tournament on the world stage, and I don’t mean those shady best of 3 semifinal IEM tournaments, but an actual well designed tournament like the one we’ll see at the Mid Season Invitational.  Good Luck TSM!