With today’s win, TSM have secured their playoff spot. 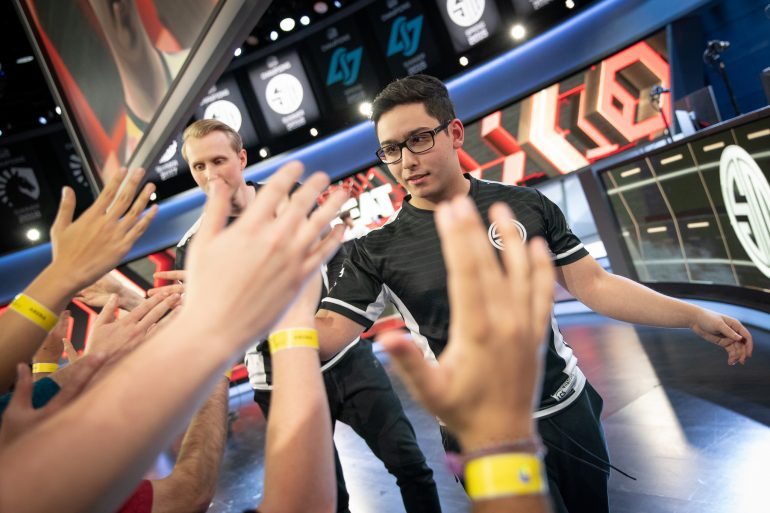 TSM are the third team to secure their spot in the 2019 LCS Spring Split playoffs—and they did so off the back of extremely clean play.

After becoming Golden Guardians’ first win of the year in week three, TSM found their revenge five weeks later against the now 6-9 team in a game that they controlled with complete dominance.

Beginning with a successful mid lane dive that was then solidified by a four-man dive in the bot lane, TSM’s lead never stopped growing. While TSM top laner Sergen “Broken Blade” Çelik withstood a tough laning matchup against Aatrox as Vladimir, the rest of his team were beating Golden Guardians with no reprieve.

Ending the laning phase with two Infernal Dragons, TSM continued their fantastic play into the mid-game—which is something that the third-place team had problems maintaining over the last few weeks. “In the early weeks our mid game was really really bad, but we just kept working on our issues and I think going into playoffs we’re looking really strong,” Broken Blade said in the post-game interview following TSM’s win.

After finding their third Infernal Dragon, TSM speedran their way through the game, taking a free Baron once it spawned. With three Infernal Dragons and a Baron buff, TSM shred through Golden Guardians like paper, bulldozing their way into the base to earn their 10th win of the split.

With Golden Guardians defeated, TSM will look to extend their dominance over CLG past 1,063 days—a win streak that Broken Blade feels no pressure maintaining. “Personally I don’t feel pressure because I didn’t [create] this win streak,” Broken Blade said. “I think CLG is not looking that great right now and we’re doing pretty well so no pressure from our side at least.

TSM’s match against CLG tomorrow will begin at 6pm CT.