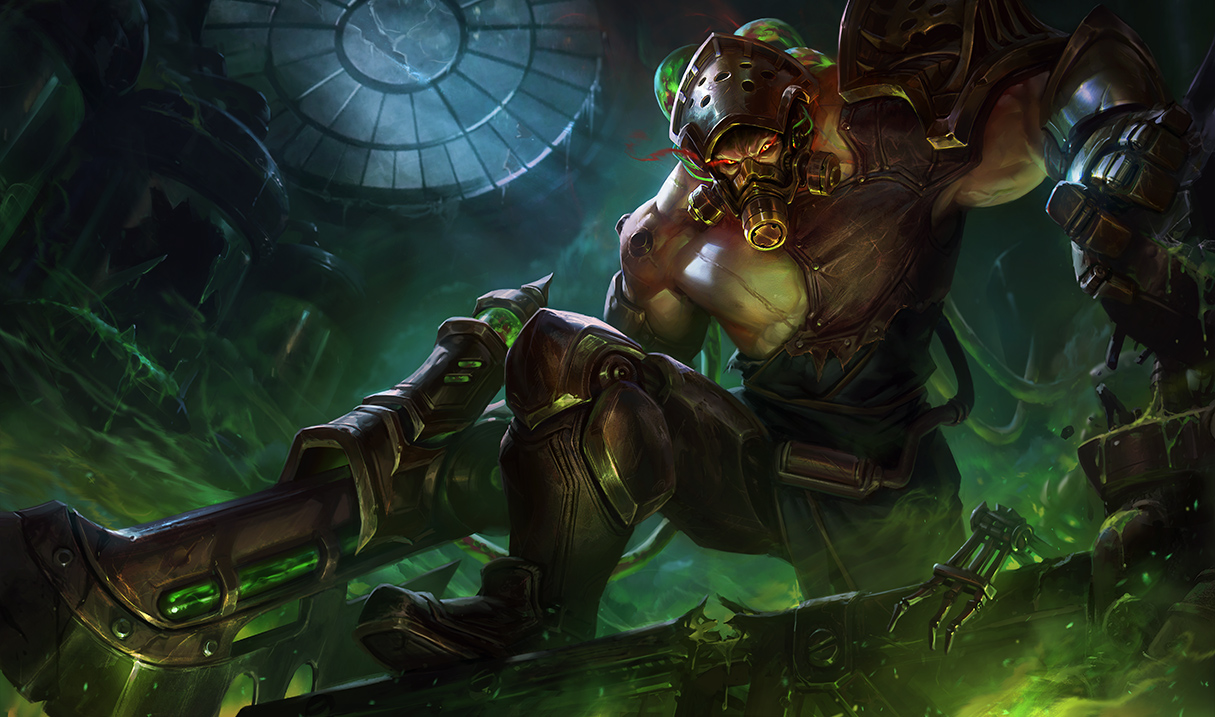 When trying to pick up a powerful jungler in the current meta, you might consider Jax, Warwick, or maybe even Trundle. Whatever you do, though, don’t make your decision based on champion winrate alone, because you might be led astray.

And by “led astray,” we really mean you might lock in Tryndamere jungle in your next solo queue game, and that wouldn’t be good for anyone.

That’s right, Tryndamere has the highest winrate out of any other jungler in North America, according to League of Legends stats site Champion.gg. The scary part is that he’s been at the top for a while now. He isn’t alone, either. Other oddball picks, such jungle Singed and Aatrox, are in the top 10.

Don’t be fooled though, these aren’t good picks. Well, they are, but they’re only good picks for the players that are responsible for putting them on the leaderboard. In other words, the only people that play them in these extremely off-meta roles are one-tricks, which are players that only use one champion until they’re so familiar and comfortable on that champion that it could be considered a little unhealthy.

The proof is in the pudding, if the pudding was a bundle of statistics. Singed and Tryndamere, specifically in the jungle, have the highest and second-highest average games played per player respectively. To put it a little more simply, players of Singed and Tryndamere have played more games than any other players of any other champion in the jungle. The average Singed jungle player has put in at least 30 games using this weird pick, and the average Tryndamere jungler has played 13.

Look at each champion’s playrate, too. Both champions have meager playrates of between 0.5 and 0.8 percent, which are some of the lowest the role has to offer. This means there are only a few people that are actually playing these abominations, and they’ve probably put in a lot of time to make the picks work. If more people were to flock to them, Singed and Tryndamere’s jungle winrates would probably drop as a result.

When looking for a jungle champion to pick up, you want to pay attention to both winrate and playrate. The champions with the highest combinations of the two are usually the ones that are abnormally strong and will be nerfed soon, so you want to find a happy medium. For example, Xin Zhao has a well above average winrate at 52 percent, but his playrate is below the usual Warwick and Jax at three percent, but it isn’t so low as to indicate that he’s unreliable.

So please, consider the feelings of your fellow solo queue teammates, and don’t pick Tryndamere if you’re jungling just because he’s on the top of the leaderboard. Or, you know, you can do what you want; we’re not your parents. Just don’t say we didn’t warn you.