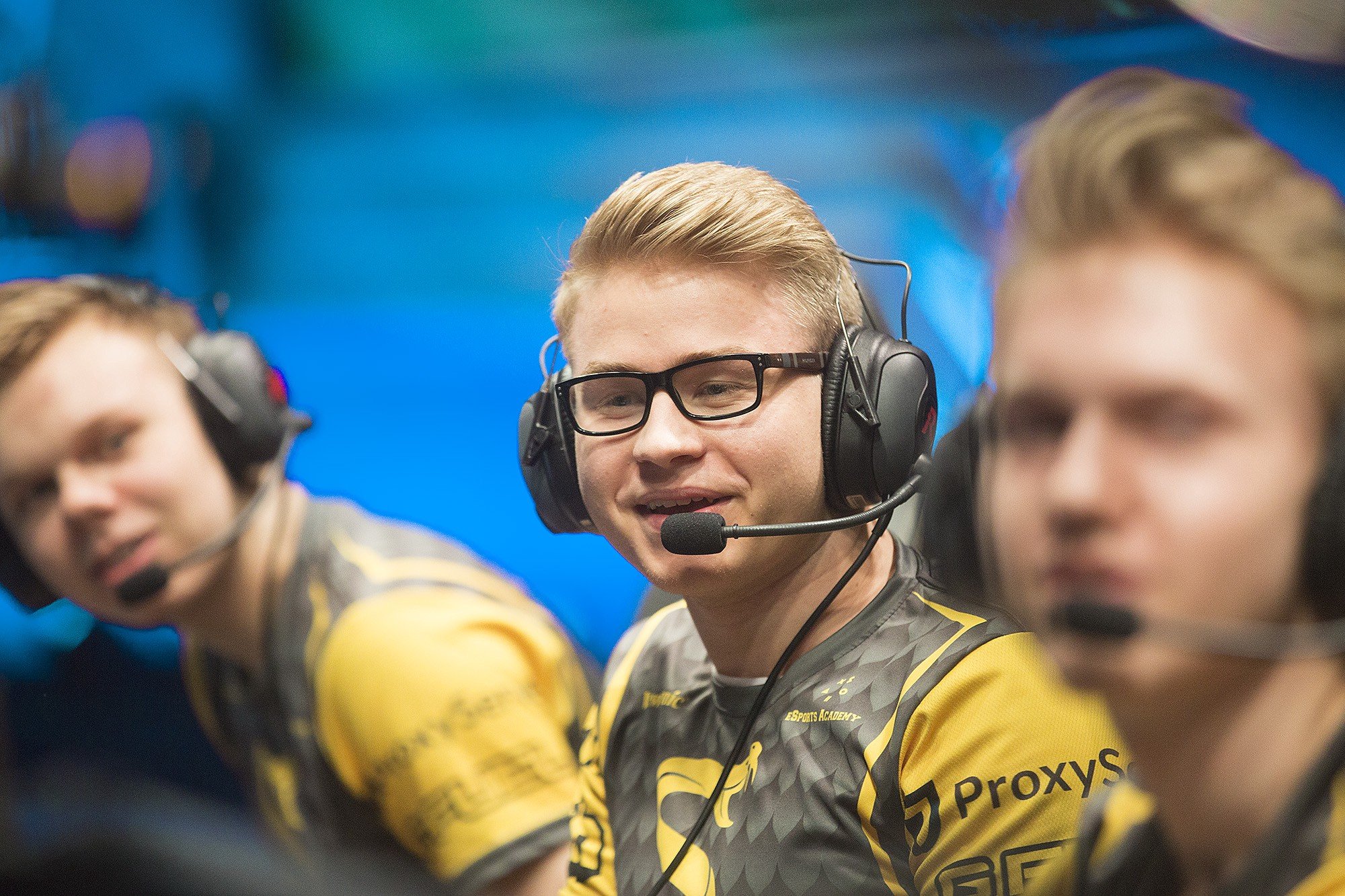 Splyce was a pleasant surprise this summer. After retaining their spot in the summer promotion tournament and featuring a roster full of young players, no one knew quite what to expect. In the end they made it to the 2016 World Championship, knocking off the likes of H2K and Unicorns of Love in order to get there. But with most of the roster testing free agency, it looked like they could be another team that breaks apart before their peak.

Well, at least one player is coming back. Jungler Jonas “Trashy” Kold Andersen announced his re-signing in a tweet this afternoon:

The rest of the team could be leaving, but at least Trashy will be there. The question then is: why?

Trashy is most likely betting on the infrastructure and process behind the growth Splyce exhibited this past split. Even if its with new pieces around him, Splyce may be more prepared than most organizations to evolve.

Primary carries Martin “Wunder” Hansen and mid laner Chres “Sencux” Laursen were some of the best players at their positions last summer. Wunder was one of the best European top laners last split and helped give Sencux the room he needed to lead all EU mid laners in kills and fewest deaths. And then there’s the strong lane duo of Kasper “Kobbe” Kobberup and Mihael “Mikyx” Mehle.

But before those players became stars, Splyce gave them their first real shot at the LCS stage. That scouting ability will certainly be needed if all four leave. And there’s reason to believe that even if Splyce sign four rookies, they can continue on their strong growth trajectory.

The first piece that fell into place for Splyce this offseason was news that coach Jakob “YamatoCannon” Mebdi would also be returning. YamatoCannon earned a well-deserved coach of the split award for his leadership during the Summer split. YamatoCannon may have been key to Trashy’s decision to stay. Splyce were the rare team that went into every game knowing what their win conditions were and how to achieve them.

Under YamatoCannon’s guidance, Splyce played the map with a split-push heavy style. Global map pressure and pressing multiple lanes at once requires diligence and practice, which YamatoCannon can provide. But that style also mask weaknesses, notably reducing the importance of teamfighting for teams that are young and not quite comfortable in objective-based situations. In other words, a strategy that could perfectly suit Splyce’s potential 2017 roster.

Expect Splyce to continue with a style that served them well over the Summer. To do that, they’ll need more from Trashy. He heavily targeted the midlane during Splyce’s successful run but with fresh faces, may have to spread his influence more widely. And he’ll have to be more wise in his ganks overall to be a more successful jungler.

Splyce has been an incredible growth story over the last two splits. Trashy is betting that the process behind the growth will drive the team in 2017?—?regardless of which players on it.