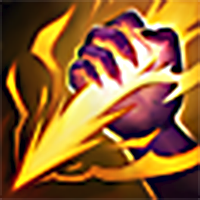 We’ve heard so much about it in the last few weeks and months.  We’ve seen evidence of Riot’s resident magic PhD-wielding fairy, Lyte, bringing his lightning bolts of justice down upon the evildoers of the League of Legends populace, most notably VideoGameDunkey as of late.  We’ve seen these same devils wilting beneath the power of Riot’s pure light of repentance, begging for forgiveness whilst their ranked rewards are stripped away, leaving them adrift in some circle in Dante Alighieri’s vision of hell, outcast from the chosen flock at the heel of Riot, the good shepherd.

Really, though.  What does it actually mean when someone is toxic?  How does toxicity actually match up to the other offenses that individuals in the game can commit in terms of severity?  How badly does it actually affect people, and does it warrant such harsh penalties?  What is Riot’s role in preventing people from being toxic?  These are the sorts of questions that many players have, and the sorts of questions I hope to at least partially explicate in the following writing.

Let’s take a look over the different efforts Riot has undertaken to prevent or reduce toxicity.  The first system that they employ is the imposition of chat restrictions on individuals who have been repeatedly reported by other players.  These restrictions are imposed for a set number of games, and can range from the tens of games all the way up to the thousands or tens of thousands.  The next level of escalation is the imposition of week-long or 14 day-long hard bans from the game.  That is to say, players are completely unable to log in or play the game until the time limit has expired.  The final level of punishment is a permaban.  These punishments are all possible ramifications if you’ve been reported multiple times for “toxic” behavior.  Well, one might ask, what exactly constitutes toxic behavior by Riot’s definition?

The trouble with defining toxicity, is, well, that you can’t actually define it.  It is an inherently subjective concept, because what one individual may find toxic, another may not.  Toxic behavior can range from mild criticism of an individual’s play to wishes of cancer upon that individual’s family.  Some might think that criticism of another player’s play is more toxic than, perhaps, a comment about that player’s mother.  Someone might be made especially angry by a single “GG easy” at the end of a game.  The trouble that Riot runs into with this is that when you have an offense that is A) entirely subjective and B) reported by people of wildly different ranges of tolerance, it is difficult to find a punishment that befits the crime.  Should someone who simply smirks and types “GG easy” be subject to the same penalty as someone who uses racist and hateful language?  I would argue no, but since the reports drive the punishment process, there’s no real way to filter out the bias of what each reporter thinks is a “worse” offense, especially when the Tribunal is a barely functioning and inefficient system.

It’s also laughable when all systems at Riot seem to be deployed against toxicity, when there are other blatant problems with the game at this point in time that seem to run unchecked.  Some of these problems include, but are not limited to, scripting, DDoSing at mid to high ranks, boosting, intentionally feeding, and trolling in champion select and in game.  If anyone reading this has been watching the NA pros streaming from their bootcamps in Korea, it is rare to find a game at higher ranks where there isn’t a scripter in the game.  If this isn’t a direct threat to the game’s integrity at its core, I don’t know what is.  There’s no mute button for a scripter.  What is Riot doing about these very real, mechanical problems at the heart of both competitive and casual gameplay?  These are objectively problems with the game and don’t seem to be a focal point of Riot’s efforts in any way, shape, or form.

Additionally, in a competitive gaming environment, it’s perfectly natural for trashtalk to be a part of that culture.  Can you imagine an NBA without crazy stuff being said on the court or on Twitter after the game?  It’s furthermore ludicrous to expect League to be a completely sterile arena, because the game itself is rated as 15+ by the ESRB: the game centers around violence and conflict at its core, and there’s definitely a whole lot of blood splattering when you attack other champions.  If you don’t even hold your own game to the standards that you expect its players to uphold, you’re obviously going to encounter a culture mismatch where the players expect a more loose and “anything goes” attitude around each match.  It only adds another layer of surrealism to the whole debate when one realizes that there is a mute button for each player on both teams in the game.  If what someone says is especially offensive to one’s sensibilities, one can literally click the mute button and permanently cut off communication to that individual if one so chooses.

Furthermore, to add more confusion and hilarity to the mix, Riot posits that toxicity is the reason behind the lack of implementation of two critical features that players have requested for years of the game: a sandbox mode where players can test builds and practice summoner spells in a free environment, and the implementation of in-game voice chat.  Part of Riot’s reasoning behind not constructing and implementing a sandbox mode is that players in regular games would flame other players for underperforming, say, for failing a flash, when they “could have practiced that flash in sandbox mode.”  This is ludicrous, because the upsides to a potential sandbox mode are undeniably massive, and would add layers of depth and richness to every facet of the game.  It’s also a tacit admission that they themselves have essentially no control over players’ toxicity at all, because if their current system functioned in any adequate capacity, they wouldn’t need to use that as an excuse not to implement such a system.  A puzzling and rather hand-waving response, in this author’s opinion.  It is far more likely that such a mode is beyond the capabilities of the game’s antiquated engine, and Riot is unwilling to admit this to save face.

The implementation of voice chat would also raise the competitive and team aspect of ranked games, and could also foster new friendships between players, something that Riot professes to have as one of their goals.  It would also leave the current paradigm of ‘See toxic player –> Mute toxic player’ essentially unchanged, because one would assume that the same option to mute an annoying or stupid teammate would still be around in a voice chat interface.  Adding voice chat to the game doesn’t also immediately obligate an individual to participate in the voice chat, which is another “source of toxicity” that Riot seems to obsess over.  Playing a minute of Dota 2 or CS:GO will show that plenty of players use the ingame ping or chat systems to communicate just fine, and there is rarely, if ever, flak for not using your microphone.  This protects users like women who may not want to use voice chat for obvious reasons.  Again, it’s far more likely that making such an addition to the game is simply beyond the capabilities of the engine, but Riot feels the need to disguise this behind further feeble explanations of toxicity.

These two are examples of what was discussed on Reddit some time ago, the “Nirvana fallacy” that Riot tends to fall prey to.  That is to say, if a hypothetical perfect solution to a problem does not exist, then no solution at all should be implemented.  The problem with this sort of reasoning is obvious, because there are no perfect solutions to any of the problems one encounters in life, and certainly not large decisions made by multinational corporations.  The hypothetical perfect solution in Riot’s mind would be to permanently change toxic players to be less misbehaved and to become “better” people through the punishments they mete out.  All other projects are contingent upon this impossible objective.

The complaints that naturally arise from this strategy is that it’s incredibly egotistical and obviously completely impossible to obtain an outcome in which players stop being toxic.  You simply cannot change the nature of the players that play your game.  You CAN, however, account for those players, by providing a separate queue for toxic players, or to try and fix the Tribunal system.  The existence of these sorts of players does not preclude the implementation of widely-requested features.  That simply doesn’t make sense on any rational level and isn’t what most people care about.