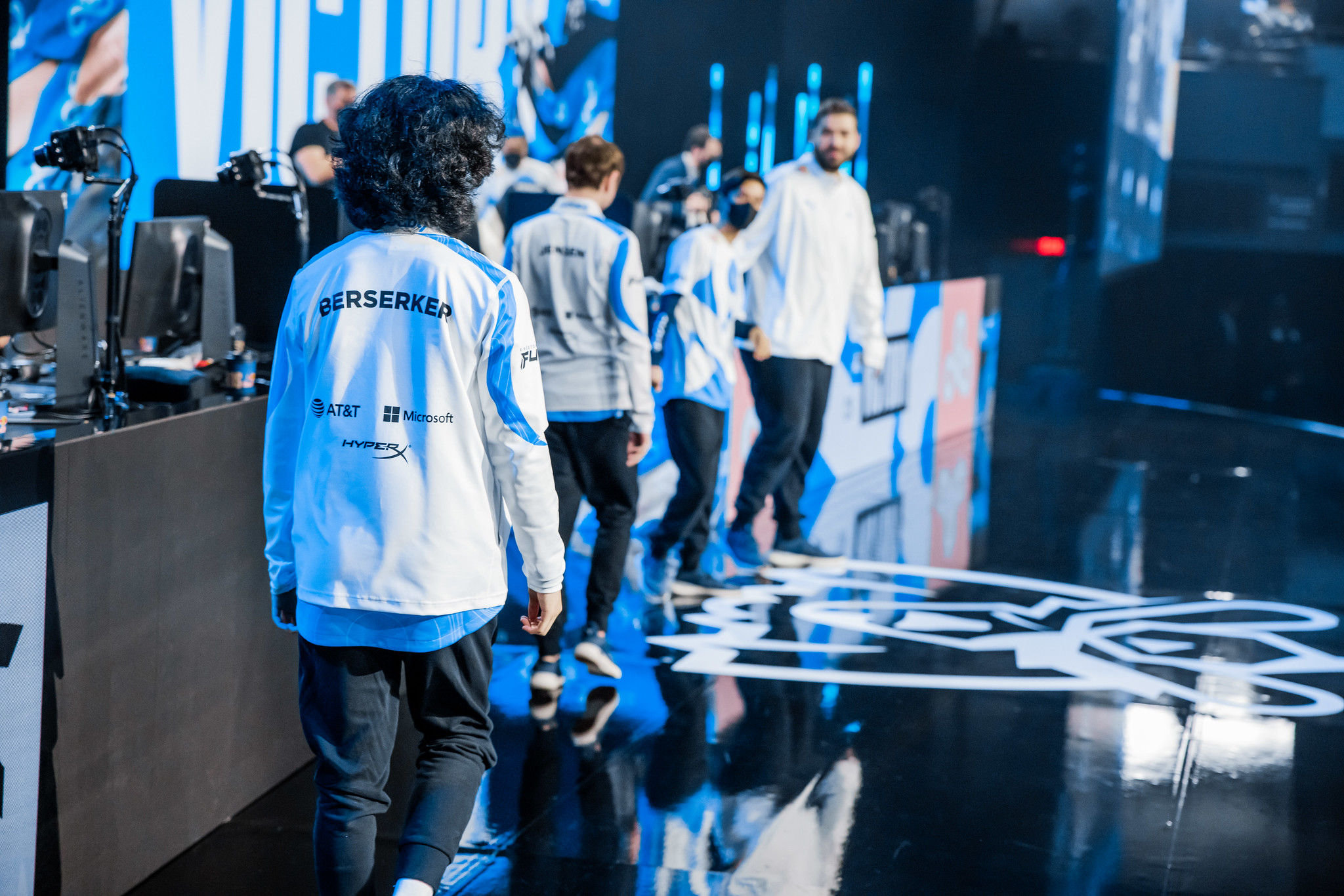 For the first time in their history, Cloud9 came into the League of Legends World Championship as North America’s first seed. But after losing four of their last five games in a tough group with T1, Fnatic, and Edward Gaming, the iconic LCS organization has dropped out of this year’s tournament.

C9 fans were rolling after the boys in blue pulled off a dominant win over Fnatic earlier in the day. The team changed up its drafting priority, giving their bottom lane more focus as they placed Fudge on Ornn duty while giving Berserker a classic Jinx. In this game against EDG, however, he was thrown onto Varus alongside Zven’s Renata Glasc.

EDG, on the other hand, drafted Thresh and Aphelios for one of the best bottom lanes in the event. The team’s veteran support Meiko put on a clinic with the Chain Warden, while the rest of the team crushed their competition with perfect roams, great macro, and spotless teamfighting. The team’s star mid laner Scout also had a picturesque performance on Akali, as he jumped into the fray with no fear, collecting six kills and eight assists with no deaths.

In fact, early-game roams dictated the pace from the opening minute, whether it was Scout sneaking into the bottom lane for a free kill, or Jiejie jumping into the fray to help kickstart Viper into the mid-to-late game with a great gank. Ultimately, C9 couldn’t stop the snowball once it started to roll down the hill, and by the time the Nexus exploded, EDG had racked up a whopping 19 kills to C9’s single elimination.

This is a disappointing end to the LCS champions’ run after they garnered so much hype from winning the trophy in their own region. They dropped three games in a row during the first week of groups, giving them a tough road to climb in week two.

Hopium began to flow after their convincing victory against Fnatic, but EDG was too much of a challenge to overcome. After a bit of a break, the team will need to focus on the upcoming offseason to prepare for 2023, since all of their players are signed until 2024 and 2025.

Meanwhile, EDG will have to switch their sights to their final matches of the day against Fnatic and T1. These next two games could not only lock their place in the knockout stage but could also ensure their place as the top seed in group A.