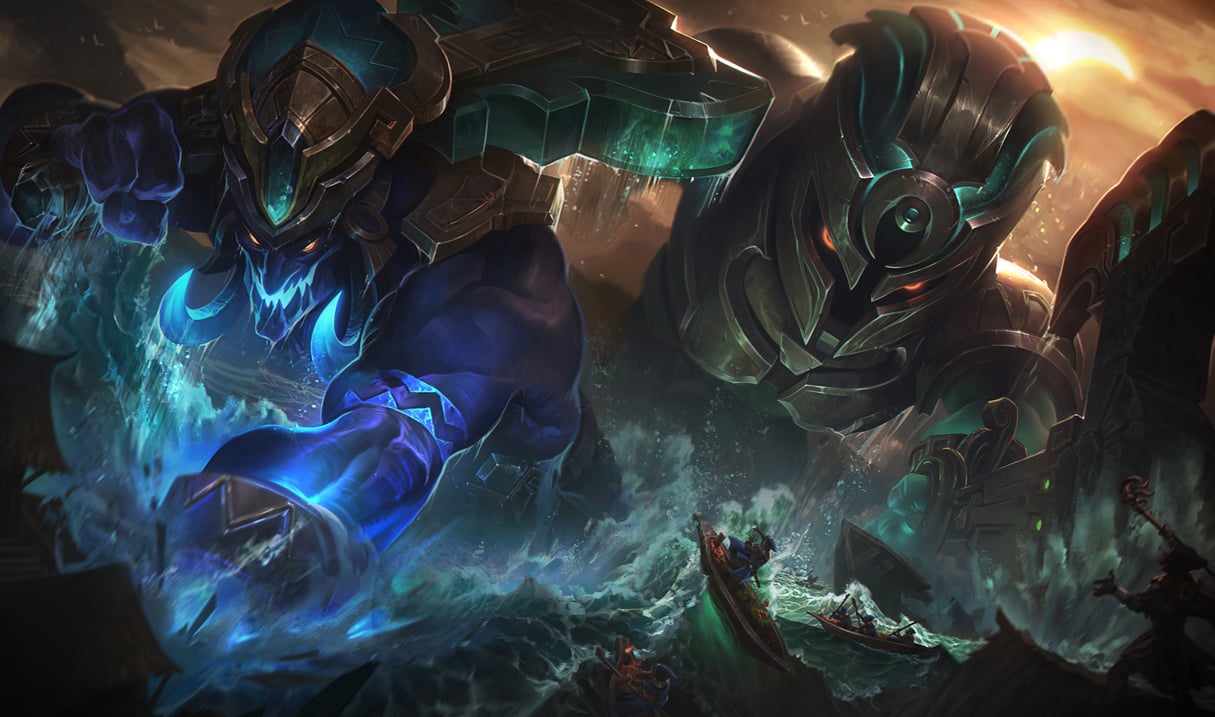 League of Legends is in a pretty healthy spot right now when it comes to balance, and there are diverse champion choices in each role. Want to play a hyper carry ADC? Go ahead. What about an early game domination ADC? Sure. Late game tank in the jungle or early game assassin? Both are fine. Despite all that, though, the top lane has fallen into a rhythm of the same few champions lately.

Maokai, Renekton, Gnar, and Jarvan have had their grip on the top lane, especially in pro play, and that’s why there are several buffs to the weaker parts of the top lane meta on the PBE right now. Changes to Fiora, Nautilus, and Aatrox are all being tested, and while they might not make it through before Worlds, these buffs are still sorely needed.

Fiora was nerfed really hard in Patch 7.14. Not only was her ultimate nerfed to no longer boost her passive, but the passive itself was nerfed too, leaving Fiora in shambles. After that, she’s had an extremely hard time keeping up with targets to fight them, and her performance has suffered for it. The addition of the Bramble Vest didn’t help her either, as it gave top lane tanks a very gold efficient method to counter her.

Since then, the boost from her passive was restored almost entirely, and the buff on the PBE right now will give her ultimate another boost to that passive to replace the one that was removed in 7.14. Her ultimate will now double the duration of her passive every time she strikes a Vital. It’s not as strong as the previous one, which automatically granted her the movement speed for being near her target after activating her ultimate, but it’s still a big buff.

Nautilus was at the top of the top lane earlier this year before suffering big nerfs to his damage. These nerfs hurt his ability to trade damage with his lane opponents and made it impossible to jungle, getting rid of his potential roles almost entirely. He’s barely played at all now, so buffs are being tested out. Unfortunately, this buff is way too small to rectify his issues.

All the buff will do is refund half of the mana cost on his Dredge Line if it connects with terrain. Sure, this makes escaping enemy ganks a bit easier, but it won’t help Nautilus where he needs it the most. We see what Riot is thinking with this, though, because if Nautilus were to suddenly become meta again thanks to even a slight damage boost, it would have a ripple effect on the meta, and he might dominate top lane again. That’s a dangerous road to travel this close to Worlds, so it’s best avoided, at least for now.

Everyone’s favorite trash heap, Aatrox, has had it rough since his release four years ago. His design is very lackluster, and he’s actually going to be reworked soon, making him the youngest champion to need a rework aside from Azir. While we wait for that rework, though, Riot has been buffing him periodically this season to make him at least a little more appealing.

Unfortunately, after several sets of buffs, he’s still a trash heap. At the peak of that trash heap is his ultimate, which is a glorified attack speed buff. To add a little power and identity to it, the current buff in testing will add 75 attack range to the ability, making it a 250 range buff. This actually isn’t bad, and will add a big power spike to Aatrox once he hits level six. It will be harder to get away from him, and if you’re a melee champion, he’ll be able to chunk you before you even get close enough to retaliate.

The best change out of these three champions is definitely Fiora’s, which should actually add a lot more priority to the Grand Duelist in both professional and amateur games. It’s possible we’ll be seeing a lot more of her at Worlds when it rolls around.