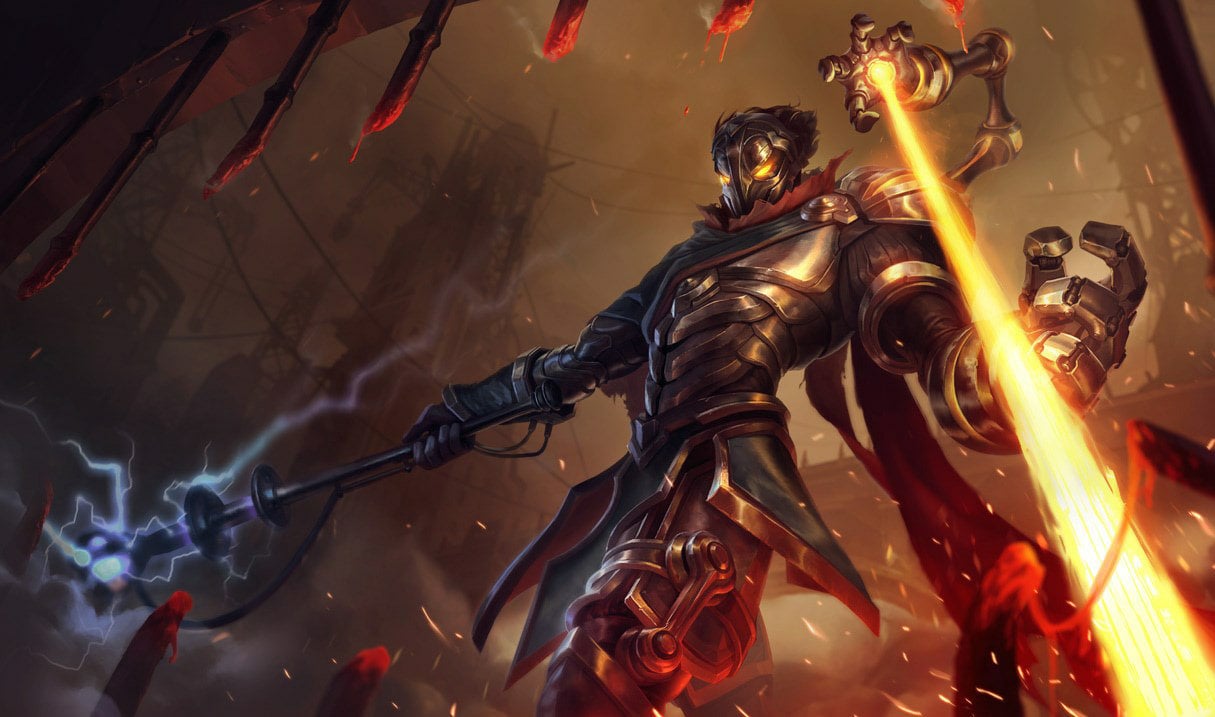 Bilibili Gaming’s 2022 Spring Split has come to an end following their 3-1 loss to Top Esports today in the second round of the LPL playoffs.

Two League of Legends teams with promising lineups in the preseason, both Bilibili Gaming and Top Esports dealt with their own struggles throughout the 2022 LPL regular season. But the main difference between these teams centered around their trajectory heading into the playoffs.

For Bilibili Gaming, they began their season strong as one of the dominant LPL teams. But once teams began to figure out their weaknesses around the early game, their season fell apart and they dropped down to eighth place.

Meanwhile, Top Esports dealt with issues early on but were able to bounce back all the way to fifth place going into this match.

And in what could be one of the closest postseasons the LPL has ever seen, this match between two LPL superteams was one that could go either way. In the beginning, it looked like an upset was possibly in place for Bilibili Gaming.

Bilibili opened up the series against Top in a strong fashion, capitalizing on their mechanical strengths. In particular, Bilibili Gaming top laner Breathe was a standout performer. He showcased mechanical prowess on the Graves pick that helped Bilibili Gaming thwart any attempts from Top Esports jungler Tian from finding opportunities to snowball a lead for top laner Wayward.

This series of outplays from Breathe helped Bilibili Gaming navigate through their usual troubles in the early game and enter their post-15-minute strengths. They held control over Top Esports from this point onward.

Bilibili Gaming held objective control throughout the game, which included four dragons, 10 towers, and an 11,000 gold lead in their 30-minute victory to go up 1-0 in the series.

Game two showcased both of Bilibili Gaming’s strengths and weaknesses that all stemmed from the Volibear pick for Weiwei. Bilibili Gaming failed to capitalize on their composition built to snowball an early-game lead and were held to just two kills at the 10-minute mark.

Bilibili Gaming looked lost through the mid game. Top Esports’ mid/jungle duo of Knight and Tian led the squad to a 7,000 gold lead over Bilibili Gaming at the 20-minute mark.

But Bilibili Gaming showcased their natural mechanical talents as a team when support Crisp’s engage on Rakan led to three kills onto Top Esports and a Baron to wipe away the 7,000 gold deficit and bring the game back to an even slate in a matter of minutes.

Crisp continued to help his team claw back into the game. His Rakan helped Bilibili Gaming take another successful teamfight around the Elder Dragon and they then held a 4,000 gold lead over Top.

But Bilibili Gaming choked at the finish line after an attempted engage from mid laner Fofo turned into an overextension that Top mid laner Knight capitalized on. Top used Bilibili Gaming’s long death timers to switch up the tempo in their favor. They pushed down the mid lane and scrapped out a teamfight win in the five-vs-four to even out the series 1-1.

Top Esports entered the next game in this series looking to bounce back from two very sloppy games. And in game three, that’s exactly what they did.

Bilibili Gaming, who seemed like they had the upper hand over Top throughout the first two games, looked completely lost after Top showcased a more focused level of play in the third game, particularly from support Mark.

Top’s support was unmatched in his early-game pressure on Sett. His roaming capabilities led to snowballed leads for mid laner Knight and AD carry Jackeylove.

Mark held a scoreline of 4/0/12 in the 28-minute game while mid laner Knight went 10/0/8 on Vex to carry Top to a 2-1 lead over Bilibili Gaming as they entered game four ready to close out the series.

Top’s dominant game three extended into the final game of the series. Every lane from Top looked exceptionally strong in the early game while Bilibili Gaming continued to seem lost in the early game.

Ultimately, Top’s near 10,000 gold lead was enough for them to close out the series against Bilibili Gaming in 30 minutes. Bilibili Gaming’s season has come to an end after showing promise early on in the series.

For Bilibili Gaming, this is likely a disappointing end to their 2022 LPL Spring Split season after a strong start to the season. Cracks from earlier in the split that stemmed from their early-game troubles continued to show as teams around them learned how to counter the squad’s strong late-game teamfights.

As for Top Esports, this win showcased their ability to bounce back from their initial struggles against Bilibili Gaming and adapt to grab a playoff series victory. They’ll move on to round three of the playoffs, where they’ll go up against the LPL fourth seed LNG Esports. Both teams will battle for a spot in round four, where the LPL’s No. 1 seed, Victory Five, awaits.

The round three matchup between Top and LNG will take place on Wednesday, March 30.

Meanwhile, the other round two match between EDward Gaming and Weibo Gaming will take place on Tuesday, March 29, where the winner will move on to round three against Royal Never Give Up.

The 2022 LPL Spring Split playoffs began on March 26 and will run up to April 10, where the winner will represent the region at the 2022 Mid Season Invitational.