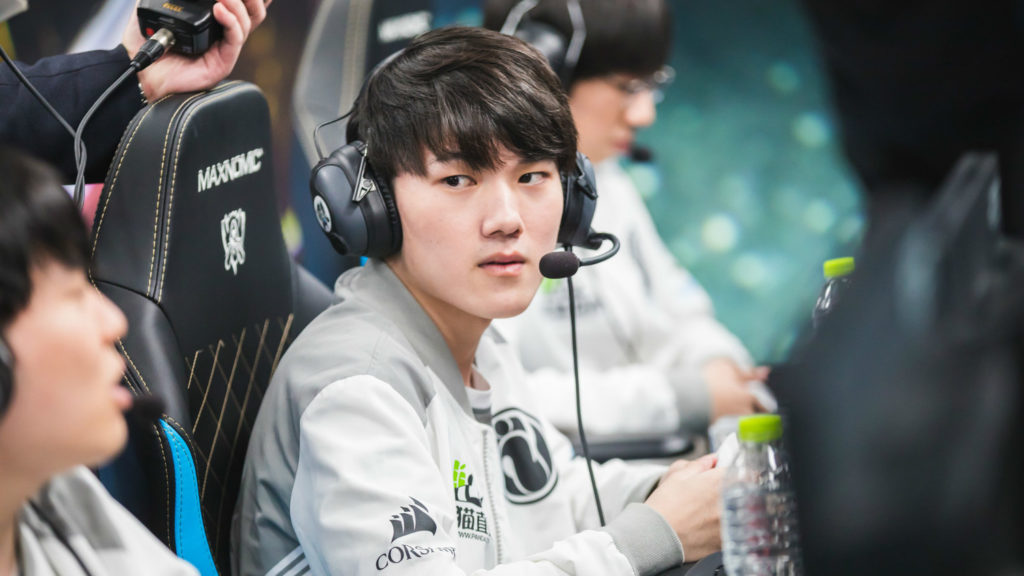 The League of Legends heartthrob made his return to China’s LPL today, beating bottom-of-the-table team Victory Five in dominant fashion.

The former Invictus Gaming player signed with Top Esports on April 3 after a four-month hiatus from the game. Since joining the team, he’s been in training leading up to today’s debut match.

JackeyLove is one of the most decorated ADCs in modern League, alongside RNG’s Uzi. At the age of 17, he won the 2018 World Championship, defeating Europe’s Fnatic in the grand finals. Since then, he’s only improved as a player.

If all goes according to plan, this could be the start of a long career with TES. The org picked up former RNG jungler Karsa earlier this year. Together, with the core of top laner Bai “369” Jia-Hao and mid laner Zhuo “knight” Ding, the team looks like a formidable force.

TES are in third place in the LPL, behind Invictus and FunPlus Phoenix with an 8-3 record. In the weeks to come, the team could easily land a spot in the playoffs with the help of JackeyLove. He’s a reliable player who consistently performs at a high level and he has the results to prove it.

They’ll face off against eStar on Thursday, April 16 for their next best-of-three of the LPL Spring Split.