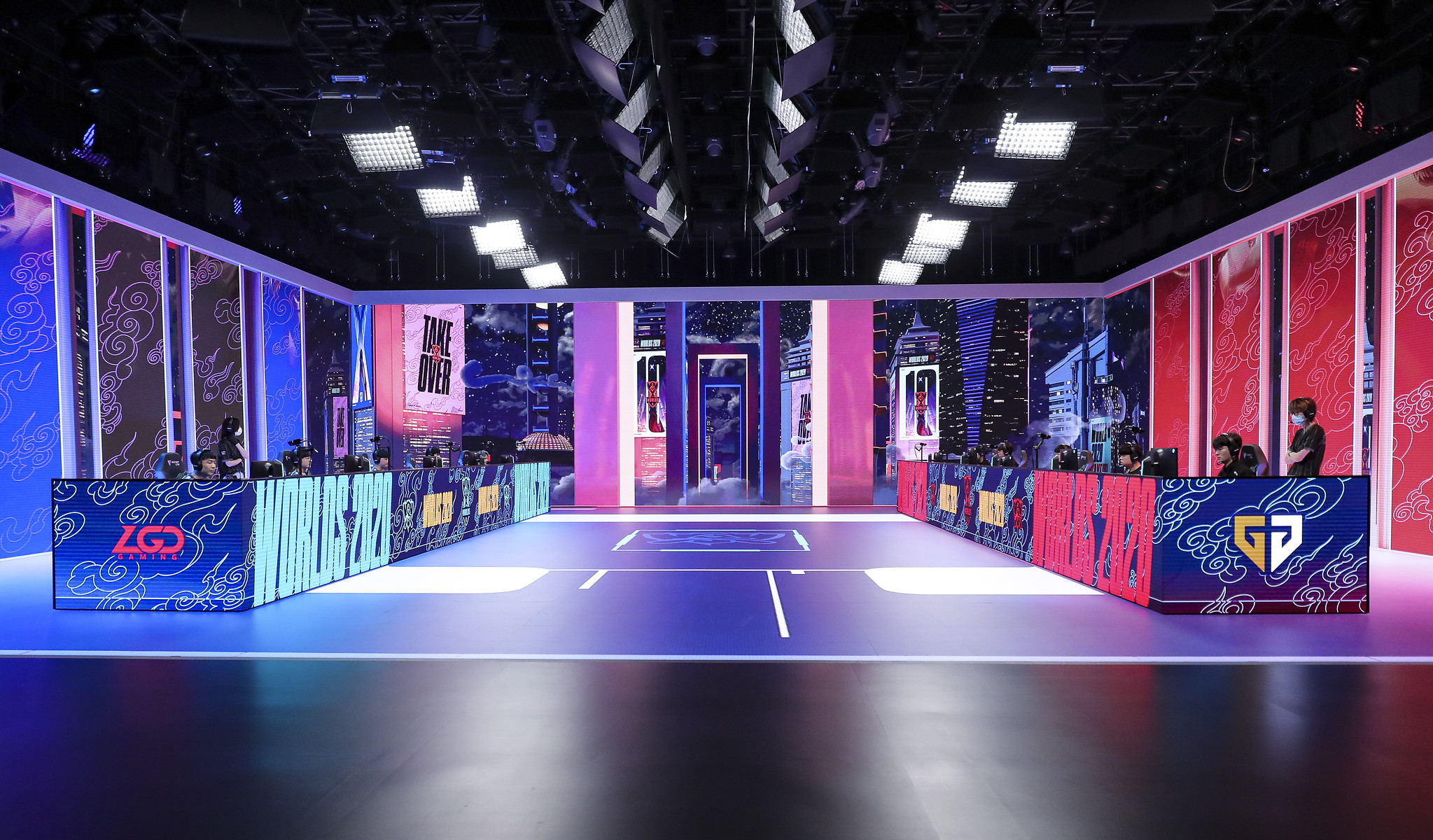 When all of the world’s best League of Legends players are brought together on Summoner’s Rift, you should expect to see some explosive highlight moments.

Whether it’s creative macro play, insanely close one-vs-one situations, or a teamfight wombo combo that turns the game around, these pros can do unfathomably amazing things with just a mouse and keyboard.

Now that the group stage of the 2020 World Championship has wrapped up, here are 10 of the best plays from the tournament so far.

The play begins badly for Gen.G, with Life getting engaged on by Hylissang’s Leona and taking a large chunk of damage. But with Rekkles on Senna, Fnatic’s early damage output wasn’t quite high enough to finish off a Taric—and Gen.G turned the play around with Life keeping Ruler alive to secure a double kill at level four.

This is the sort of play that gets you four honors after the match in solo queue. The game was looking hopeless for Team Liquid in their match against Suning. They were down five kills, four towers, three dragons, an ocean soul, and soon to be a Baron. When all looked lost, superstar mid laner Jensen stepped up with the mother of all Baron steals. With the Baron and the entirety of Suning obscured by fog of war, he threw a completely blind Dark Sphere over the wall and secured the buff for his team. Although Liquid ended up losing that match, the play by Jensen turned it from a one-sided stomp to a much closer race.

8) Watch out for Selfmade’s Evelynn: Fnatic vs. TSM

In the current meta of carry junglers, Evelynn is an outlier—a hyper-carry jungler that’s rarely seen outside of the LEC with other regions favoring the trifecta of Nidalee, Graves, and Lillia.

But in this match, TSM’s Doublelift got a taste of the EU special from Fnatic’s jungler Selfmade. After throwing a blue trinket over the wall to lock eyes on his prey, Selfmade flashed and quickly sent Doublelift’s Senna to the shadow realm with a flawless Evelynn combo. He didn’t even take enough damage to break his Banshee’s Veil. Selfmade’s ultimate sent him back over the wall as quickly as he arrived and he escaped like a thief in the night, taking TSM’s hopes of victory with him.

This play really gives a whole new meaning to the phrase cat burglar. SofM and SwordArt went for a risky Rift Herald while all of Machi were missing on the map. They were quickly caught in a two-vs-three fight that they had little hope of winning. Somehow, in the middle of all the chaos, a well-aimed Nidalee spear by SofM secured the Herald, denying it from Machi.

But with all the fighting going on around the Herald pit, Suning had no chance to sneak in and pick up the Eye of the Herald—until Suning’s bot lane arrived. They distracted Machi just long enough for SofM to sneak in, grab the Herald, and make a swift exit into the top lane.

Sometimes, a great play isn’t just getting a one-vs-five pentakill or the flashy objective steal through fog of war. As all support mains know, there’s something immensely satisfying about snatching a teammate from the jaws of death—and LvMao did just that for mid laner Yagao in this play.

Yagao was caught out while setting up for Baron in what looked like the perfect pick for DWG. If they killed Yagao, they could have safely rotated and secured a dragon soul without worrying about JDG quietly sneaking a Baron in the meantime. But Yagao hit them with a pixel-perfect Bard ultimate. While Yagao, BeryL and ShowMaker all stood almost on top of each other, he perfectly aimed his Tempered Fate to only catch BeryL and Showmaker, allowing Yagao to spring away to safety.

5) How to stop a Baron power play: DRX vs. JD Gaming

Baron power plays are one of the most fascinating statistics available to League viewers. They track the amount of gold gained through taking towers with buffed-up Baron minions. The bigger the power play, the greater chance a team has to push for victory. But Baron isn’t always the key to success.

In this clip, DRX proved that they didn’t need to kill a purple worm to win their fights. Pyosik achieved every jungler’s dream with a four-man Lee Sin kick and all Deft had to do was pick off the remaining members of JDG with Draven’s twirling axes.

Orianna has become a mainstay of the competitive meta at Worlds 2020. With the second-highest play rate of any mid laner at the tournament (second only to Syndra), according to Games of Legends, her zone control and consistent damage make her a strong pairing with carry junglers. Although she’s seen a mixed level of performances in the hands of different players, in this particular play, Knight showed the true power of the champion in her ability to control zones and pick off teams quickly and efficiently.

In TES’s game against DRX, we saw the latest first blood of the tournament so far. Knight positioned Orianna’s ball in such a way that it was hidden inside Doran’s champion model. This meant he was able to hit three people with a Shockwave and set up for a follow-up Collateral Damage from Karsa’s Graves, securing TES the first three kills of the game.

There are few moments more stressful than those last, crucial seconds in the base before a game is ended. One team is chasing victory, while the other is doing all they can to prevent their defeat. In moments like these, the shotcalling of a team really shines, as seen in this moment from the G2 vs. Suning match.

Suning victory seemed almost assured, but G2 weren’t willing to let them have it that easily. An incredibly tanky Wunder sacrificed his life to disrupt Suning’s frontline, while Perkz’s pixel-perfect positioning allowed him to pump out a ton of damage on Ezreal, hitting every skillshot he threw. A perfectly timed respawn from Caps forced Suning to turn tail from G2’s base—and after that insane defense, a Baron secure wins G2 the game.

Playing Kennen has become almost a rite of passage for the LCK’s top lane talent. While he sees little play outside of Korea, the region hosts some of the world’s best Kennen players, with one of them being Damwon’s Nuguri. In this play, Nuguri gave viewers a masterclass in playing the waiting game.

After sitting quietly in a bush while PSG Talon threatened his team on the dragon, he bided his time. Nuguri waited out a Kindred ultimate and the near death of his teammates only to unleash a rain of lightning on the backline of PSG.

There are few moments in League where it can be argued that a single button press decided the outcome of a game. PraY’s Enchanted Crystal Arrow at Worlds 2016 is one of the prime examples of this kind of split-second decision making in which the entire course of a game is decided in a single moment. This weekend, we saw another clip get added to this list of potentially game-winning abilities.

In Suning’s 45-minute slugfest against G2, the game came down to the wire when G2 secured an Infernal Soul at 43 minutes. It looked as though G2 would take the victory with the added stats the soul provides, but Bin had other ideas. He teleported behind enemy lines on Gangplank and hit a stunning two-man Powder Keg on G2’s backline, deleting their health bars and allowing the rest of his team to clean up the fight.

Worlds 2020 continues Oct. 15 at 5am CT with the first round of the knockout stage, where DWG will face off against DRX in a rematch of the LCK finals.