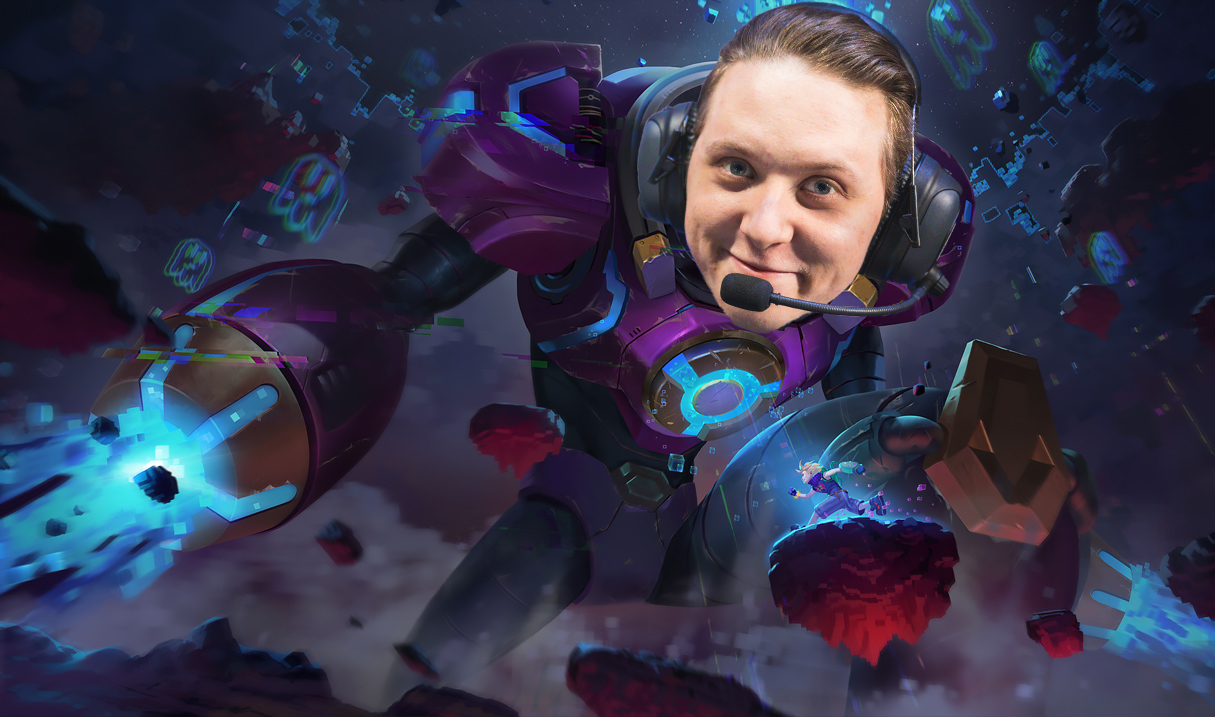 Image and photo via Riot Games

There aren’t many bot lane players at the 2018 League of Legends World Championship renowned for playing a mage in the traditional ADC role. One of those players, Petter “Hjarnan” Freyschuss, is so feared for his bot lane Heimerdinger that it’s become a common target ban by any team playing against G2 Esports, including high-caliber teams like Flash Wolves and Afreeca Freecs.

Today, it looks like he decided that he was sick of teams banning out his Heimerdinger, so he locked in another mage on the Worlds stage—Brand. It definitely missed the mark. Needless to say, it doesn’t look like Brand bot lane is going to be entering the meta any time soon, unless teams can figure out another way to play him.

Hjarnan’s final score wasn’t actually terribly reflective of how little impact he had on the game. He ended 5-5-7, which means he at least had his hands in 12 of G2’s 18 kills. There were three big problems with the pick that showed themselves at nearly every point of the game, though.

By choosing Brand over a marksman, G2 were able to shove minion waves very quickly, but they couldn’t actually damage the turret with anything. Heimerdinger is unique as a mage in this regard, because he can take out a turret with the best of them, similar to Ziggs. G2 could have shored up this weakness with a Kindred or Graves jungle pick, or even an Urgot mid lane, but they didn’t.

The second weakness was G2’s lack of sustained DPS, which is something that attack speed-oriented marksmen bring to the table. There are several ways to make up the difference if a team like G2 wants to bring a mage to the bot lane or a burst-damage marksman, like Malzahar and Cassiopeia, but G2 didn’t have anything like that either. With absolutely no sustained back-line damage, G2 couldn’t get through Flash Wolves’ front line. Because of this, despite having a sizable gold lead, G2 were forced to retreat from most fights. They had Irelia, which may have been good enough, but Flash Wolves had too much crowd control to keep her at bay. She couldn’t even get past the Sion in most fights.

And finally, G2’s team comp worked against the Brand pick, too. With only an Irelia as AD damage, Flash Wolves were able to build to counter Brand exclusively. Sion had an Adaptive Helm and Sivir had both a Maw of Malmortius and a Mercurial Scimitar, and Hjarnan’s Brand just wasn’t fed enough to burst his way through all of that resistance.

Does Brand bot lane work? Yeah, maybe, especially with a recent significant buff to Liandry’s Torment. But to make the pick worthwhile, the planets have to align. In other words, your team needs to make up for the fact that you’re replacing a marksman with sustained DPS, tower sieging capabilities, and damage variance. It’s unlikely you’ll find all of that in solo queue, but hey, you never know.