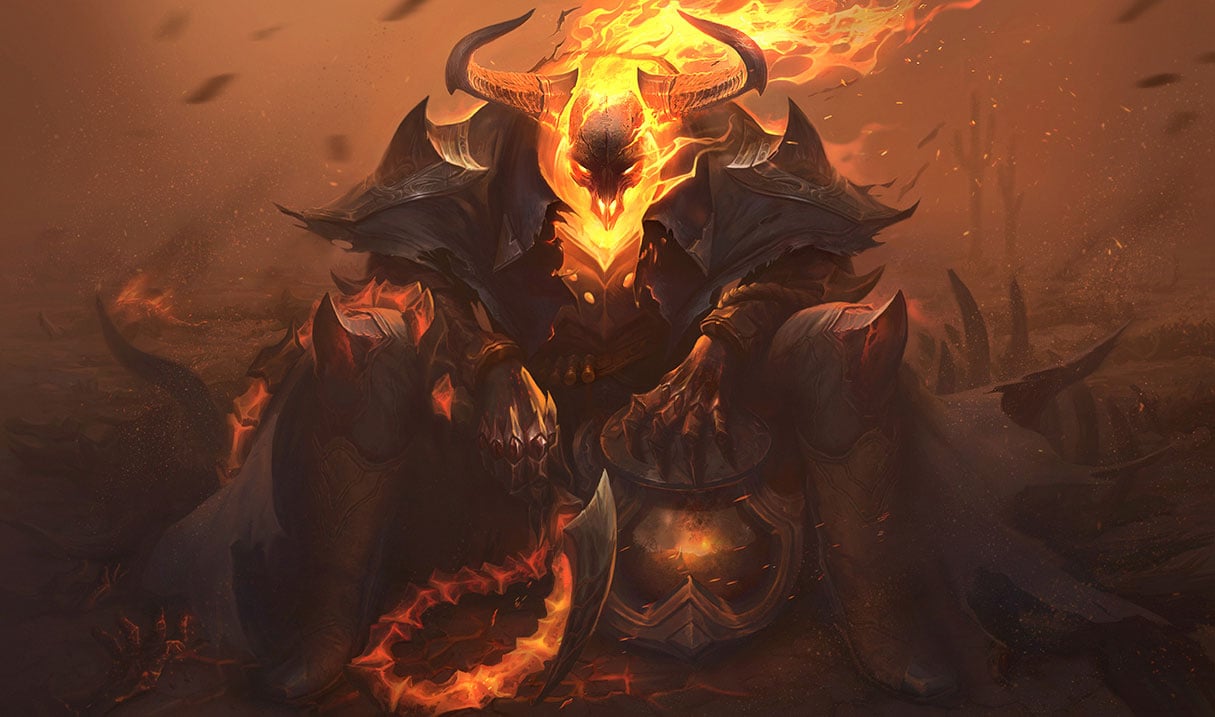 Thresh is getting a set of new buffs in League of Legends Patch 8.19, the Worlds patch, according to the latest PBE update. The buffs are… a little much.

Play-making supports are definitely in-season, with Alistar and Rakan running the show in pro play and Morgana and Braum following from a safe distance. Thresh has been notably absent from the party, and his absence is especially odd considering he once held the title “King of the play-makers.”

That being said, it’s certainly not surprising that he’s being buffed. When an entire category of champions rises and falls through the meta, and one specific champion in that category just stays at the bottom, that’s obviously a red flag. The problem with these buffs, however, is that they’re a little ham-fisted.  And by a little, we mean a lot.

The buff in its current iteration on the PBE lowers Thresh’s Death Sentence cooldown by four seconds at rank one and its mana cost by 20 at all ranks. For those of you that don’t play Thresh often or weren’t around the pro scene when he was in-meta, his Death Sentence is what really makes him strong—and when it’s powerful, he’s powerful. These buffs essentially make it less punishing to whiff a hook in the early laning phase (when it should be the most punishing) while also allowing him to spam it more often. Make no mistake: This is a very straightforward and direct increase to his power, and it’s big enough to immediately thrust him into the meta.

We would have liked to see a buff to his lantern instead, which could have turned him into more of a defensive answer to champions like Rakan and Alistar, or even Tahm Kench. With this buff, however, he might just jettison right past them. We expect part of this buff may get reverted or tamed down before it goes live, but if it doesn’t, get ready for more Thresh in solo queue, too.