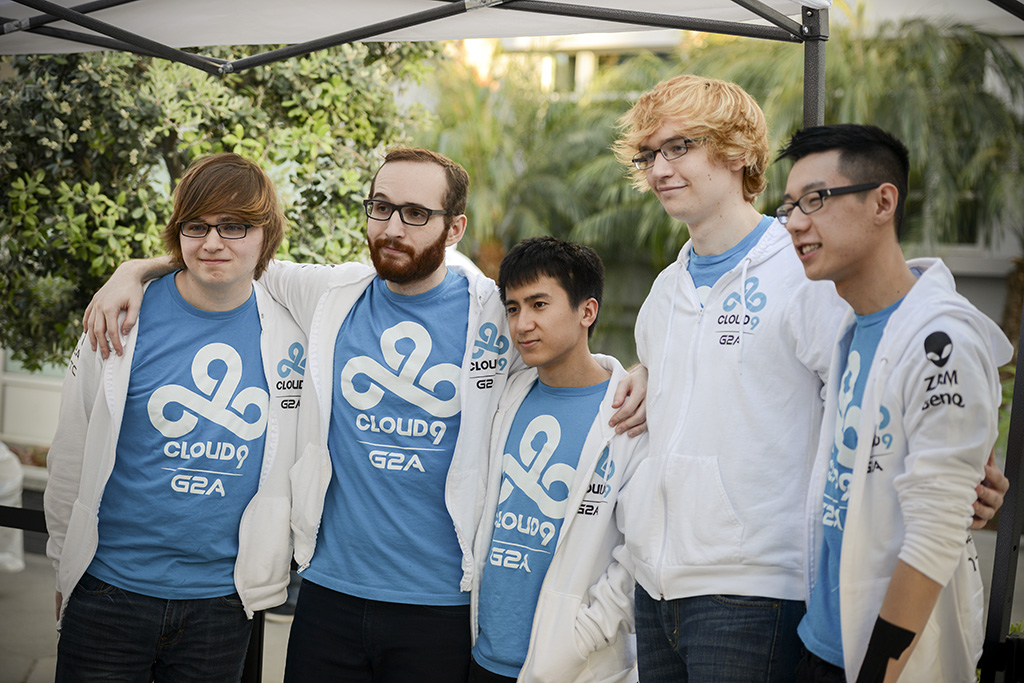 You think you know Cloud9. You’ve watched their famous five play more than 160 games together. You’ve seen them dominate the North American region for back-to-back splits. You’ve seen them overcome tough times and rescue seasons by the play-offs, adapting in time for the most important part of the campaign. You’ve seen them compete with top international teams and lose, but put up a fight along the way. You’ve seen them make daring and decisive come-backs, seemingly never out of a game, as long as there’s a chance.

You’ve seen them resist the temptation to change players, finding a way to repeatedly replicate a similar level of success in changing meta-games and a shifting environment of top teams. You’ve seen them switch their primary carry from one player to another, as needs be, and return to elite status among Western teams. You think you know Cloud9, by now, surely you do. You’re about to discover there’s a lot you don’t yet know about Cloud9.

The classic Cloud9’s strength seemed to be their insistence on keeping the same five individuals. Even as players slumped and the meta-game moved the ground beneath their feet, they would find a way to dissolve their carry roles and reform around the players who were in peak form and set to be most effective. Meteos’s carry-jungling gave way to Balls’s routinely dominating from the Top lane and eventually, even Sneaky, the player in the traditional carry role who had sacrificed the most and had the least resources, was given his opportunity to step forward and be the one carrying the mantle of star. That Cloud9 always seemed capable of finding answers within their line-up.

Sneaky is still solid, but little surrounds him in terms of team-mates even close to their peak levels of form. Incarnati0n was supposed to be the new carry, he had to be the new star, the fresh injection of fire-power to lift them into a new era of Cloud9. Right now, he still struggles to understand his own identity within the team, never mind battle for the best at his position in the region. This is a Cloud9 team that has very few answers on a personnel level. The Cloud9 you knew, the one that wouldn’t break up their synergy and change a player, may very well end up without a choice, soon enough.

Bringing in Incarnati0n was a bold move to attempt to add a player purely on the basis of excellent skills, a move more akin to a shrewd business gamble than finding a new friend for a team whose image was built on being the team that always got along well, however transparent that may have appeared to industry insiders. If Incarnati0n can be recruited, then one day other talents can cross the threshold of the Cloud9 house to take up starting spots, if results continue to be a problem and the team lacks in certain noticeable personnel departments.

The primary reason not to break up the old line-up, even if specific players were struggling with form, was that their synergy as a unit was so phenomenal that it always felt as if the five together could move and act as one. Now that the unbreakable line-up has cracked, such synergy is no longer present to over-ride more short-term pressing concerns of outside names performing at certain positions more impressively. When do the team or when does Jack consider cutting his losses and making a move, however light or drastic it needs be?

Not only can matters go that way, bringing in players to the organisation, but, given enough time and more poor results, the other direction finally becomes a possibility. The players may well be loyal to their organisation for now, feeling a kinship with their team-mates and appreciative of the opportunities they’ve been granted in C9, but one day a team in a better position to win might pose the correct question to a player like Meteos or Sneaky. What happens then? Does he decide that he’s tired of losing, accept the good times as being a chapter that closed with Hai’s departure and move on to start a new adventure elsewhere, chasing the kind of success he once enjoyed at home?

It’s hardly an inconceivable notion in a world where C9 struggles to climb out of the bottom end of the standings and the old magic is spoken of in terms more befitting the circumstances of the first book of ‘A Song of Ice and Fire’, a fixture of a now past age which barely seems more than a lovely dream or a fantasy. Long have other teams enviously eyed Meteos, a native born North American star who has shown the ability to morph into whatever kind of Jungler his team needed. How often have the better Support players in the West wondered what they could unleash in Sneaky if they could partner with him at the bottom side of the map? What was once an impossible dream, may soon enough be a very harsh but real consideration.

It didn’t matter if the previous Cloud9 line-up suffered set-backs, they would find a way to return and a place from which to launch their come-back. Think of Cloud9 in any era and the brilliantly decisive call and fight which turns a losing battle into a won game stands out as a hall-mark of their time together. That was magnified over their last two splits, battling back from poor early starts to make it work by the play-off stage. Even their last won Best-of-5 showed their resilience and the spirit that meant they could never be counted out. That was the old Cloud9, the one you knew.

To paraphrase the former NBA coach Rick Pitino: “Hai is not walking through that door, fans”. The god tier Western shot-caller has left the building, in playing terms, and with him departed goes the dynamo of those breath-taking Cloud9 come-backs and incisive close-outs. Do you think you know this Cloud9?