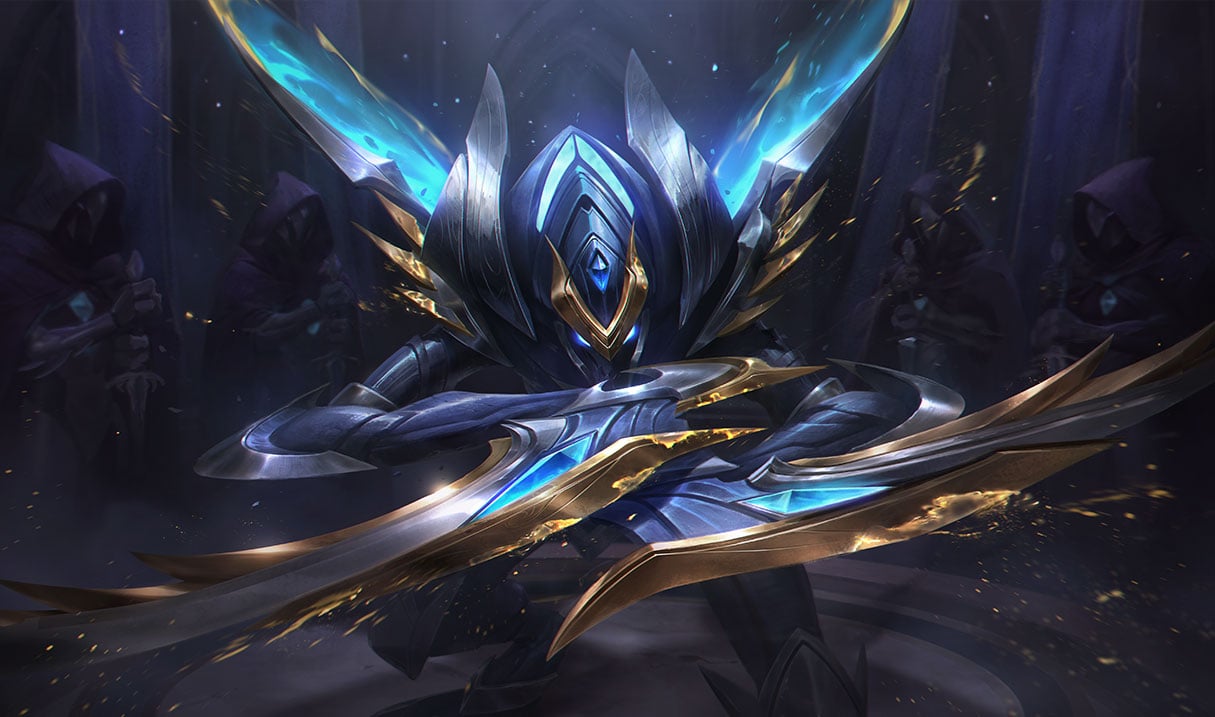 Following in the footsteps of Championship Zed, Ashe, and many more before them, Kha’Zix has been granted 2018’s League of Legends Championship skin in celebration of Worlds, according to the latest PBE update.

Each year’s Championship skin is among the game’s most popular skins, but it’s only available for a very limited time. Usually, a portion of the skin’s proceeds are added to the winner’s pot for Worlds, too, making it extra important for Worlds-qualifying teams. Last year’s Championship Ashe was even more special, with some of its proceeds going to charity.

Although the red form is the evolution of Kha’Zix’s R in that skin, the golden look is actually a chroma. Similar golden chromas are being added to previous Championship skins, too, such as Shyvana, Zed, Thresh, and Kalista.

On top of the Championship skin, Riot revealed another Hextech-exclusive skin. This time, Malzahar is being added to the Hextech skin universe, joining Kog’Maw, Alistar, and Annie.

Although we’re not sure yet, we assume this skin will be craftable using Gemstones in League’s Hextech Crafting system, rather than being purchasable in the store. This would line up with the other Hextech skins in the game.

Both skins should arrive with Patch 8.19 in about two weeks.