This PROJECT: Draven skin concept will have you wishing for neon axes on Summoner’s Rift 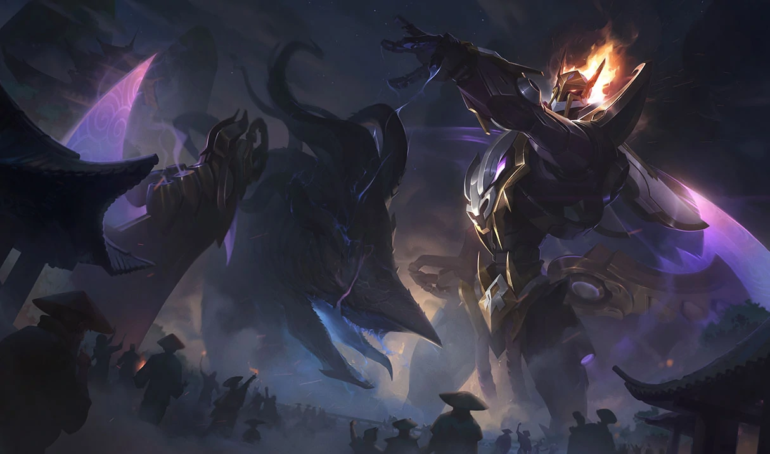 Draven has never been one to shy away from anything loud and flashy, so you know he’d love to sport this colorful PROJECT: Draven League of Legends skin concept if he got the chance.

The skin was created by artist Albert Bednarski and features the Glorious Executioner dressed in the familiar mechanical armor of the PROJECT skin line swinging two neon-themed blades to toss at his foes. His signature mustache has been recreated as a part of his mask in neon, and he has white hair tied into braids.

His neon color is similar to other champions in the skin line, like Yasuo, Master Yi, Leona, and Lucian, but some people in the League of Legends community wondered how he would look like with various chroma colorways.

As for lore, Draven would probably join Pyke and the outcast group of allies, since his personality wouldn’t match Ashe and the rest of the G/NETIC resistance group.

Although it’s unlikely, it’s not impossible for Draven to join the PROJECT skin line. Even though Draven just got a Mecha Kingdom skin for the Lunar New Year event, the two cosmetic themes are still relatively different from one another in terms of aesthetic and design. Additionally, Leona also received a Mecha Kingdom skin after having joined the PROJECT skin line back in 2015.