Don’t you wish you could stroll along on Summoner’s Rift with a pet dragon? 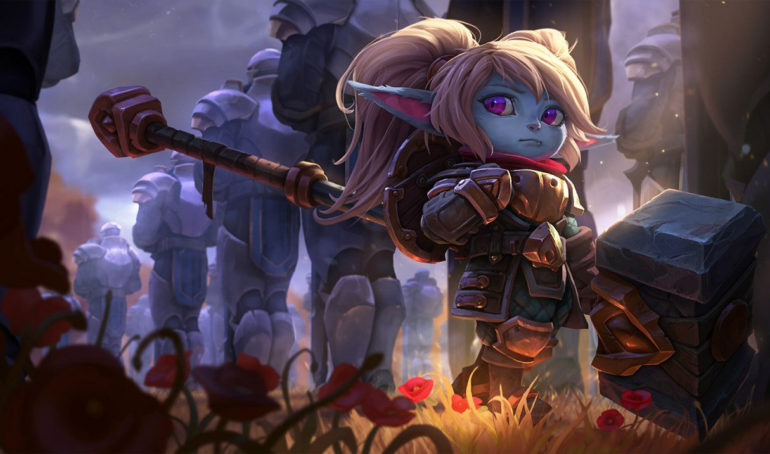 If you’ve ever wondered what the Keeper of the Hammer would look like as a part-time dog walker, then you’re in luck thanks to this new Dragon Trainer Poppy League of Legends skin concept made by Huffslove.

As a dragon trainer, Poppy sports dark blue hair that fades into a purplish hue. She’s wearing magenta and orange cloth armor. She also has her chunky little dragon in tow, on a leash. Poppy’s shield is now a frisbee and it has a big bite taken out of it, possibly from her own dragon. The dragon is also the same color as her hair.

Huffslove imagined some of Poppy’s abilities with the skin, too. Her recall, for example, has the dragon try to fly up into the air while Poppy is hanging on for dear life. Her Q, Hammer Shock, has the dragon slam into the ground in front of her and her auto attacks are replaced with dragon bites.

Visually and thematically, this concept matches the current Dragon Trainer skin line. Although there are multiple dragon-themed cosmetics in the store, only yordles have been Dragon Trainers so far. Her hair color actually matches Dragon Trainer Heimerdinger, too.

Ultimately, this is a great skin concept that could become a real cosmetic in the future. Poppy hasn’t been in the League meta for some time, but she can still be relatively strong with the various champions that have dashes or jumps in their kit.