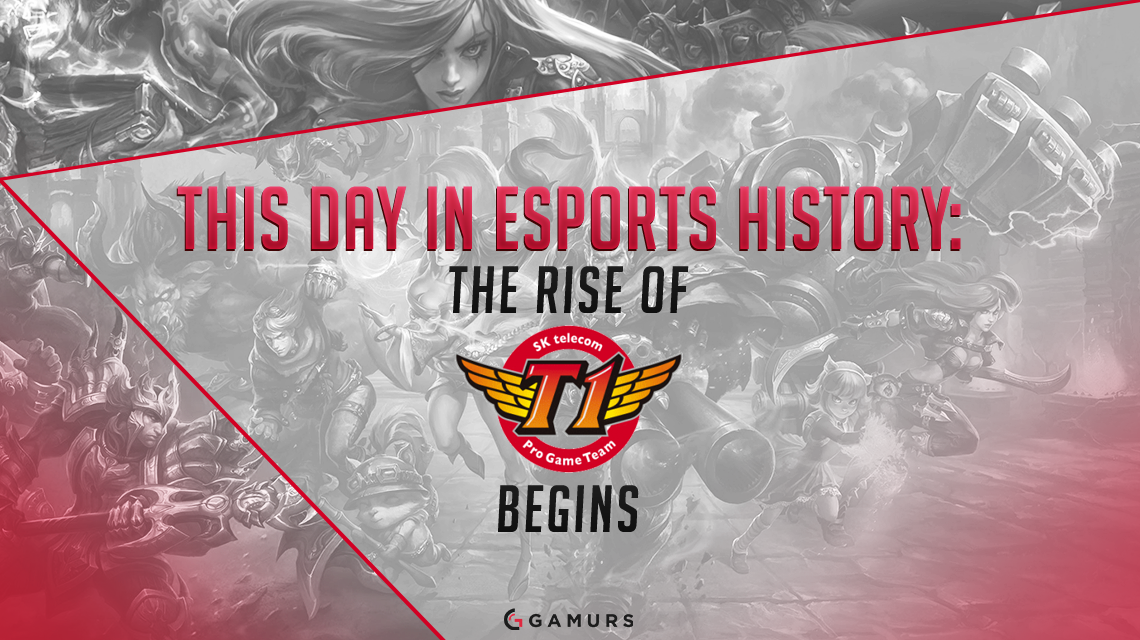 On this day in 2013, MVP Ozone became Champions Spring winners, sweeping CJ Entus Blaze in the finals. But the real story of the season was the success that SK Telecom T1 2, a very young and inexperienced team, had.

SK Telecom T1 2 consisted of three rookies, Bae “bengi” Seong-ung, Lee “Faker” Sang-hyeok, and Chae “Piglet” Gwang-jin. The rookies were paired with two experienced players, Jung “Impact” Eon-yeong, and Lee “PoohManDu” Jeong-hyeon. With three rookies on the team, many expected this to be a team built for the long-term, but they shocked people in their very first chance in OLYMPUS Champions Spring. They came out of group play and immediately defeated CJ Entus Blaze, the IEM Season VII World Champions, by a score of 2-0. They then tied with NaJin Sword, but bounced back with 2-0 victories over MVP Blue and KT Rolster A. In their final match of group play, they lost to MVP Ozone 2-0. Despite the loss, they finished first in their group, setting them up for an easier schedule in the playoffs.

In the first round of the playoffs, they defeated NaJin Shield 3-0. This set them up in a rematch against MVP Ozone in the semifinals. T1 2 would once again fall to Ozone, this time losing 3-1. Ozone would go on to sweep CJ Entus Blaze in the finals while T1 2 swept CJ Entus Frost, Blaze’s sister team, to secure third place.

Despite not winning, this was actually the start of SKT T1’s success. They gained valuable experience throughout the regular season and playoffs that would prove to be vital for them moving forward. After Champions Spring, they went on to win the Champions Summer league, defeating their former sister team and MVP Ozone in the process. They then went on to qualify for the Season 3 World Championship by placing first at the Korean Regionals. At the World Championship, they absolutely dominated, only losing three games throughout the tournament against the best teams in the world.

After winning the World Championship, SKT T1 struggled, leading to various roster changes but nonetheless, the success they experienced just a few years ago will be remembered for years to come.

That is all for today’s edition, but come back tomorrow to find out what happened on June 16 in esports history.