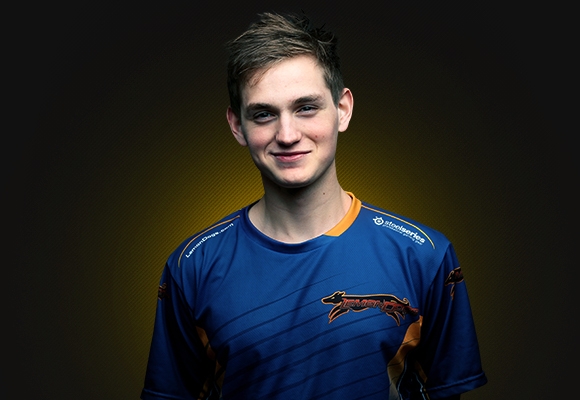 With the recent hype surrounding Zorozero and his return to League of Legends I decided to take some time and look at the teams that could use him in their line-up were he to return to his previous self. During his prime Zorozero was an amazing top laner who brought a massive amount of presence to the game and gave his team a third carry that they could consistently rely on. Given these attributes I have picked three teams that would greatly benefit having him in their line-up.

With the recent failures of Elements it is clear to many that their passive play-style is not going to get them anywhere in a meta where aggressive play-making is what gets teams wins. With Wickd failing to show any improvement for the past year he was recently replaced with the ex-Millennium top laner Kevin. Despite this renewal of top lane talent Elements still failed to find victory as Kevin showed several disappointing performances in his debut matches. With their huge focus on their mid laner Froggen and their ADC Rekkles Elements is in dire need of a top laner who can not only relieve some pressure off of them but also supply the team with a back up carry if either their mid or ADC fail to perform. I think Zorozero could be the man for the job as his play-style in the top lane allows teams to focus resources elsewhere on the map as he will do a solid job by himself and can effectively deal with 1v2 laning and heavy jungle pressure in 1v1 laning.

Recently MYM has found very little success in the EU LCS as they hold a 1-9 score as of week five. Following their poor results and internal team problems MYM has made several roster moves across the board. The most recent of these roster moves being the switch from Mimer to Jwaow in the top lane. This switch came very surprisingly as Mimer has always been heralded as a carry top laner who will bring MYM victory. Sadly after months of this reputation being hyped Mimer never managed to live up to his name and was always more of a liability than an asset to MYM. With the benching of Mimer came the recruitment of Jwaow and with this came more poor results. With him barely having a 1.0 kda in his first week it was clear this so called carry top laner was not cutting it for MYM. With the addition of Zorozero to their roster MYM could completely change up their game as their jungler H0R0 would have to spend less time helping out poorly performing top laners and could spend more time helping out the mid laner of the team Kori. Kori has recently despite their losses shown himself as a bright spark in the MYM line-up and the hard carry synergy between him and Zorozero could equal great things for MYM.

The story with CW is completely different to that of Elements or MYM as those teams have had poor performances within the EU LCS and the Copenhagen Wolves have actually found themselves victory. With them currently being tied for third place the Wolves are clearly a force to be reckoned with. Despite this good performance I still think a change needs to be made within the Wolves roster. This change is obviously the removal of Youngbuck the teams long time top laner. Since what seems like the very start of his LCS career Youngbuck has been performing poorly and has been a liability to his team. With the replacing of him for Zorozero I think the Wolves could transform into the best team in Europe. With their mid laner Soren recently showing a vast improvement to his gameplay and their newly picked up ADC Freeze showing himself to be a monster on high damage ADC’s such as Draven and Graves. This addition of a strong carry top laner who team-fights just as good as he lanes would be the icing on the cake that is the Copenhagen Wolves.