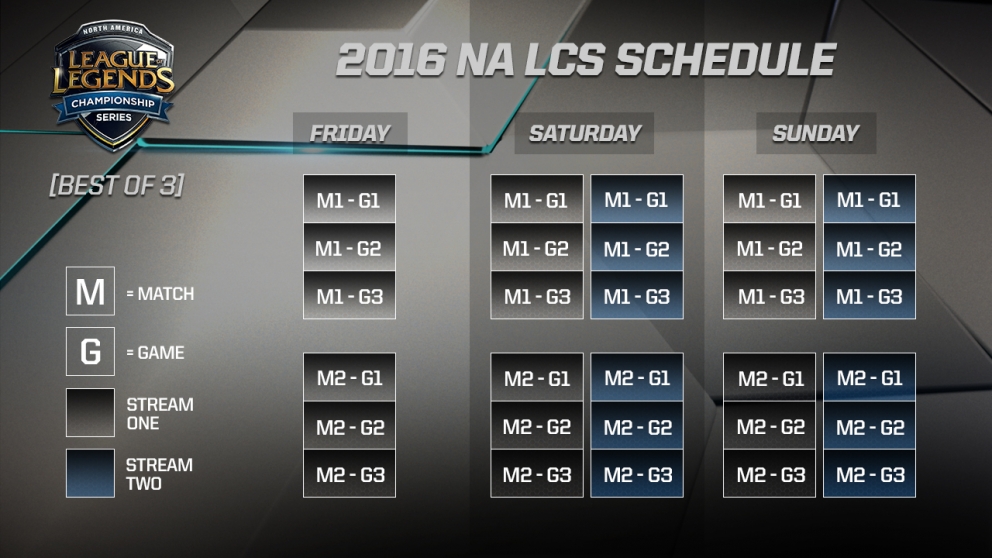 As I’m sure many of you reading this article are aware Riot has recently taken a great step in finally changing the format of LCS from the 1 game format to the superior Bo2/Bo3 format.

For those of you who do not what riot are planning please read this post about the changes coming the near future. So in short we can see that in the Summer Split of Season 6 LCS NA will now be played in a Bo3 format starting on the Friday and ending of the Sunday. Following picture showing new NA LCS schedule 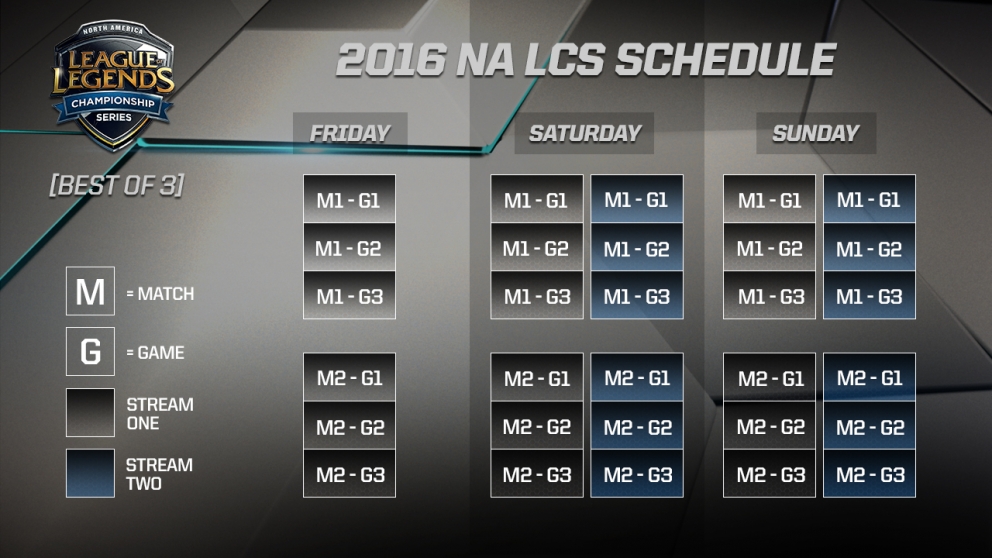 In addition to this, EU LCS will be changed to a Bo2 format continuing on the current days of Thursday and Friday. Following picture showing new EU LCS Schedule. 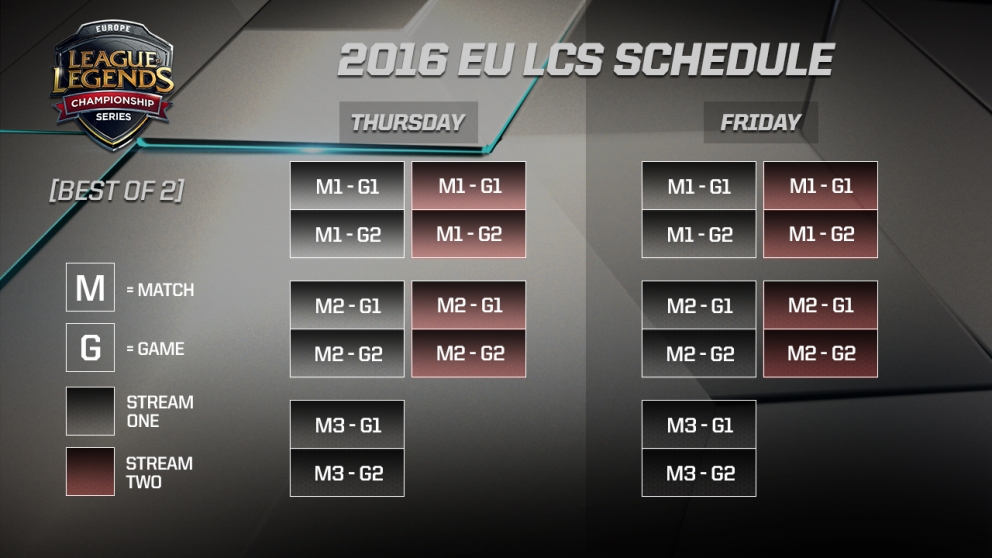 Now to get into the finer details of what this means of EU as a region. First of all, yes I am happy Riot are moving out of the poor 1 game format to a more advanced one it does however bring on many negative issues with the way they have chosen to handle it. With NA already having the weekend ‘prime time’ slot, gaining more viewers, but also giving them the already proven better format, as seen by the Korean(Bo3) and Chinese(Bo2) regions. For those unaware LCK(Korea’s LCS equivalent) is played on the Bo3 format and dominating worlds – only losing 3 games total to teams outside of Korea and LPL(China’s LCS equivalent) is played on the Bo2 format failing to show up at worlds – with 1 team going past groups and going out straight in the quarter finals.

With the new formats coming into place, this means NA will be getting more screen time than EU, even though the latter mentioned in the larger region and also overall more successful in terms of competitive achievements. Many of you will be saying ‘Wow so NA are on screen more that doesn’t mean much’ however, I don’t you’re seeing the value of screen time when it comes to financing for the teams. Currently, the NA scene has a lot more money invested into it due the ‘Prime Time’ slot and the way Riot has developed the scene, this means that currently many talented players are leaving the EU region to play for NA simply for monetary purposes with most of the EU teams being unable to compete in terms of player payment. Changing NA to have the superior format will encourage even more sponsors over EU, which will of course lead to more money and the for more EU players leaving again damaging the competitive integrity that Riot seem to preach. This gradually pushing EU into becoming a less competitive region with all the talent leaving.

A more blatant point is EU will have less games, which is unarguably putting them into a worse position in NA when it comes to competing at the international stage.

Thank you for reading,