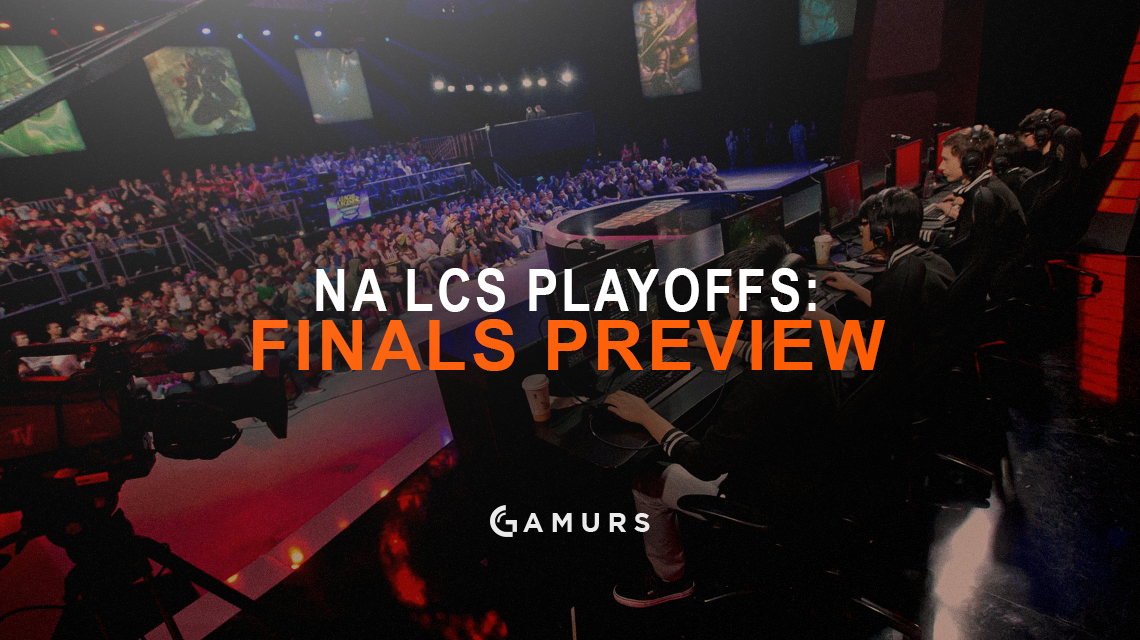 Team SoloMid facing off against Cloud9 in the North American League Championship Series Finals. Sound familiar? It should. These two squads have already fought in the Finals not once, not twice, not three, but four times. The series is currently split, as both teams have won two of the previous matches. On Sunday, the rivalry hits a breaking point as the best-of-five is finally broken.

During the 2016 Summer Split, Team SoloMid dominated the competition and was a tier above the rest. Cloud9 was on that second tier and slowly but surely moving its way up towards TSM. By the end of the season, TSM was S-Tier and Cloud9 was A+-Tier, but it did not always look like that would be the case.

TSM ran through the NA LCS this split as if they never even had an opponent in any of their games, aside from a close match here or there and their stumbling loss against Phoenix1. Stellar play from the entire team, including exceedingly impressive performances and development from rookie support Vincent “Biofrost” Wang, propelled TSM to a 17-1 record. In a recent interview with Riot’s Joshua “Jatt” Leesman, Yiliang “Doublelift” Peng described Biofrost as a “goldmine” and said Biofrost is his “favorite player I’ve ever laned with.” This is ridiculously high praise coming from one of the most highly touted marksmen to ever play the game, especially when considering the many talented supports he has played with in the past. There were a few hiccups along the way, but this team proved to be the best team in the NA LCS during the regular season, with Kevin “Hauntzer” Yarnell, Dennis “Svenskeren” Johnsen and Søren “Bjergsen” Bjerg dominating games as often as the duo lane.

Cloud9, though they lost six games, had a very strong season and ended at the No. 3 spot. The only major rough patch the squad had was an 0-3 run right in the middle of the split in which they lost to Team Liquid, Immortals and TSM. It’s important to note that C9 only lost to teams that ended up in the playoffs. This was “rough” persay, but it was no cause for panic as all three teams were very strong at the time. Cloud9 kept calm, and kept working. It paid off. Led, in a major team effort, by William “Meteos” Hartman, Nicolaj “Jensen” Jensen, and Zachary “Sneaky” Scuderi (obviously we can’t leave out Andy “Smoothie” Ta helping Sneaky in the duo lane), Cloud9 won six of their final seven series; the last four of which, were 2-0 sweeps. This was the hottest team in the NA LCS by far heading into the playoffs.

Team SoloMid secured the No. 1 seed in the regular season and received a bye in the first round of the playoffs, so the team has only played one playoff series this split. A patch released after the regular season ended made the game more oriented towards the top lane, and TSM was ready. Despite Counter Logic Gaming having practice in the quarterfinals on the new patch, TSM was able to take the series easily. A quick 3-0 saw Hauntzer shine with a 7.50 KDA, playing with Gangplank and Gnar.

Cloud9 did not have a top seed going into the playoffs, so the squad did not receive a bye in the quarterfinals. This may have been a blessing in disguise, as the quarterfinal match against Team EnVyUs was swift and easy practice on the new patch. Cloud9 revealed no major strategies against EnVyUs, as they just fed Jensen and allowed him to run wild. The series ended quickly 3-1 in Cloud9’s favor. This set up a match with the two-seed Immortals in the semifinals. Sticking true to the new meta, this series revolved around the top lane. It was Jung “Impact” Eon-yeong against Heo “Huni” Seung-hoon, and it was bloody. Cloud9’s teamwork and Impact’s ability to win one-on-one against Huni in lane allowed the squad to narrowly win the series 3-2. Impact was really the key here, as Jensen and Sneaky were able to win their lanes while he kept Huni and Kim “Reignover” Yeu-jin busy in the top lane. The defining moment was likely Huni’s blind pick Lissandra in the final game. Impact was easily able to counter the pick with Ekko, and the game was sealed after his 5/1/10 performance.

Team SoloMid has been the best team in the NA LCS all split, but Cloud9 is the hottest team in the league right now. Does either squad really have the edge?

Just like the rest of the playoffs, this series will be centered around the top lane. Hauntzer, the most consistent top laner all split, will face off against Impact, the hottest top laner right now. The two players almost perfectly represent their teams, so it will be close.

Other than that, the entire game is going to be close across the map. Svenskeren facing off against Meteos in the jungle will be important, as every lane will be close and the junglers could be the deciding factors based on how much pressure they provide and which lane they provide the pressure in.

Any fans watching this match who want to see big plays, look no further than the mid lane. Bjergsen and Jensen are almost certainly the two best mid laners (and maybe the two best players) in the NA LCS. If these guys get what they want, it’s going to be a flashy affair with some of the best plays you have ever seen. The top meta may hurt this matchup, but it should still be one to keep an eye on.

Like Bjergsen and Jensen, Doublelift and Sneaky are likely the two best players in the league at their position, and Biofrost and Smoothie aren’t exactly pushovers.

Really the point of all of these short sentences is just to say that this series is going to be very close and very good to watch.

TSM and C9 are both fighting to return to the top of the NA LCS, and a spot at Worlds is on the line for C9. TSM is already locked in, but C9 will have to win the Finals or make the trek through the Regional Finals to secure their spot at Worlds this year. The latter option is not enticing, though C9 has done it before, so the squad will be going all out against TSM to secure their spot without anymore stress.

Which team will return to the top of the NA LCS? Who will secure the all-important No. 1 seed going into Worlds? Let us know by commenting below or tweeting us @GAMURScom.