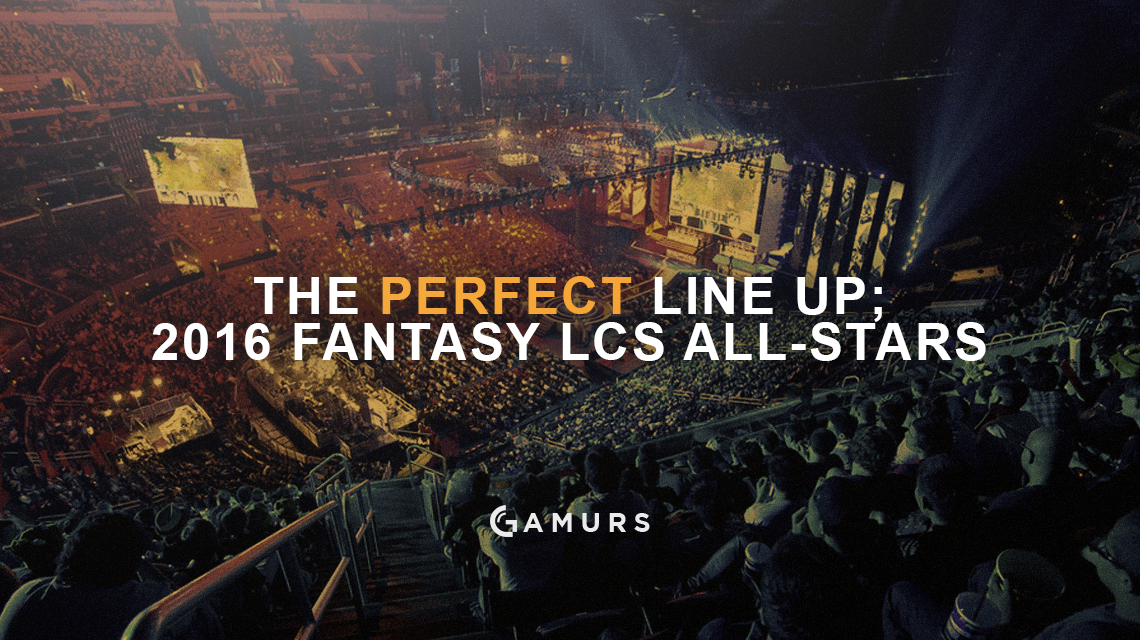 As the playoffs for both seasons are now in full swing, those of us who watch the League Championship Series and participate in official Fantasy LCS leagues with our friends or coworkers are feeling a little down, as the season is over. Although, some fantasy players may be happy to see the season end if they, like my editor, managed a flying 3-6-0 record that landed him dead last in the league. Though I, the coach of championship winning team, Pobelt Protobelt, wish for just a few more weeks. Unfortunately we cannot have that, but what we can have is more fantasy content on this site, which I plan to lead. While people were discussing the actual All-Stars for the LCS, I decided to do a little All-Star lineup myself, from a fantasy perspective.  Here is the perfect lineup.

Leading the charge is Cloud9’s Nicolaj “Jensen” Jensen. The Danish midlaner was the top scoring player in all fantasy LCS last split with 781.49 points. Jensen led the league in three key categories:

His best performance was a surprising 74.16 point showing against second seed Immortals.

The second highest scoring player is also the second Cloud9 player to be on this list. Fan favorite AD Carry Zachary “Sneaky” Scuderi ended the regular season just shy of Jensen with 778.92 points. He sits fourth overall in kills with 187, and fifth overall in CS with 13,489. He leads the league in pentakills with two throughout the season. Tack on another three quadras and two triples, as well as top five area performances in other key categories, and Sneaky made all of his owners very happy with his performances this split.

In the jungle is our first, and only, European player, Kim “Trick” Gang-yun of G2 Esports. G2 won the regular season and just recently qualified for Worlds, and if you had Trick on your fantasy team this split then you too most likely saw similar success. Trick brought in 687.96 points, the most of any jungler. What does it for Trick is his low death count, at just 52 all split. The lowest among junglers and the second lowest on this all-star list, Trick stays alive. Another key to his success was his consistency, having just two matches all split that saw him score below 25 points.

Vincent “Biofrost” Wang comes in as our support player. The Team SoloMid rookie had a fantastic split, showing in more ways than one why TSM chose him to replace Bora “Yellowstar” Kim. He brought his owners just over 630 points with 637.65, leading all supports. Biofrost also managed to avoid the gray screen, dying just 55 times, the lowest among any player on this list. His low death total does not mean he avoided fights though, bringing in 431 assists, a number good enough for second overall, just behind the 458 totaled up by Adrian “Adrian” Ma. Biofrost was the final puzzle piece for TSM this split, and his presence propelled the team to a 17-1 regular season, and he most likely did similar things for those of us that intrusted the rookie at the start of the split.

Jeon “Ray” Ji-won flew under just about everyone’s radar during draft season, but he proved his worth and came through for those that took a chance on the sleeper pick. Ray was the top scoring top laner this split, racking up 637.34 points. When we discussed strong top lane picks at the beginning of this split, the usual names like Heo “Huni” Seung-hoon, and Kevin “Hauntzer” Yarnell came up. Ray managed to outscore both of them, convincingly. Six total triple kills were weighed down by what is really the only blemish on Ray’s record, his death total. Ray died 147 times, which is tied for the second worst in the NA and EU LCS. If you look past that, which you easily can just by knowing his total point score, and Ray is an easy pick for this All-Star list.

Soren “Bjergsen” Bjerg comes in at our flex spot. The Danish midlaner was beat out of the main mid lane position by fellow Dane Jensen, but that should not make the accomplishments of Bjergsen any less remarkable. Scoring 737.34 points on the way to leading Team SoloMid to a 17-1 record, with standout showings against teams like Counter Logic Gaming (53.97) and Immortals (61.97), Bjergsen put on a show this split. He also found himself four triple kills and a death total 28 lower than Jensen’s, with 62 total deaths. Bjergsen was most likely an easy choice in the first round of most drafts and he did exactly what we all expected him to do: score points, and a lot of them.

They performed in the real matches, and they performed just as good in the fantasy matches. Team SoloMid is a clear pick for the team spot on this perfect lineup. They were the highest scoring team all split with 594 points, outscoring second place G2 Esports by 23 points. Their record speaks for itself. The 17-1 record is matched by no other team, as well as their 27 first bloods and 106 dragon kills.