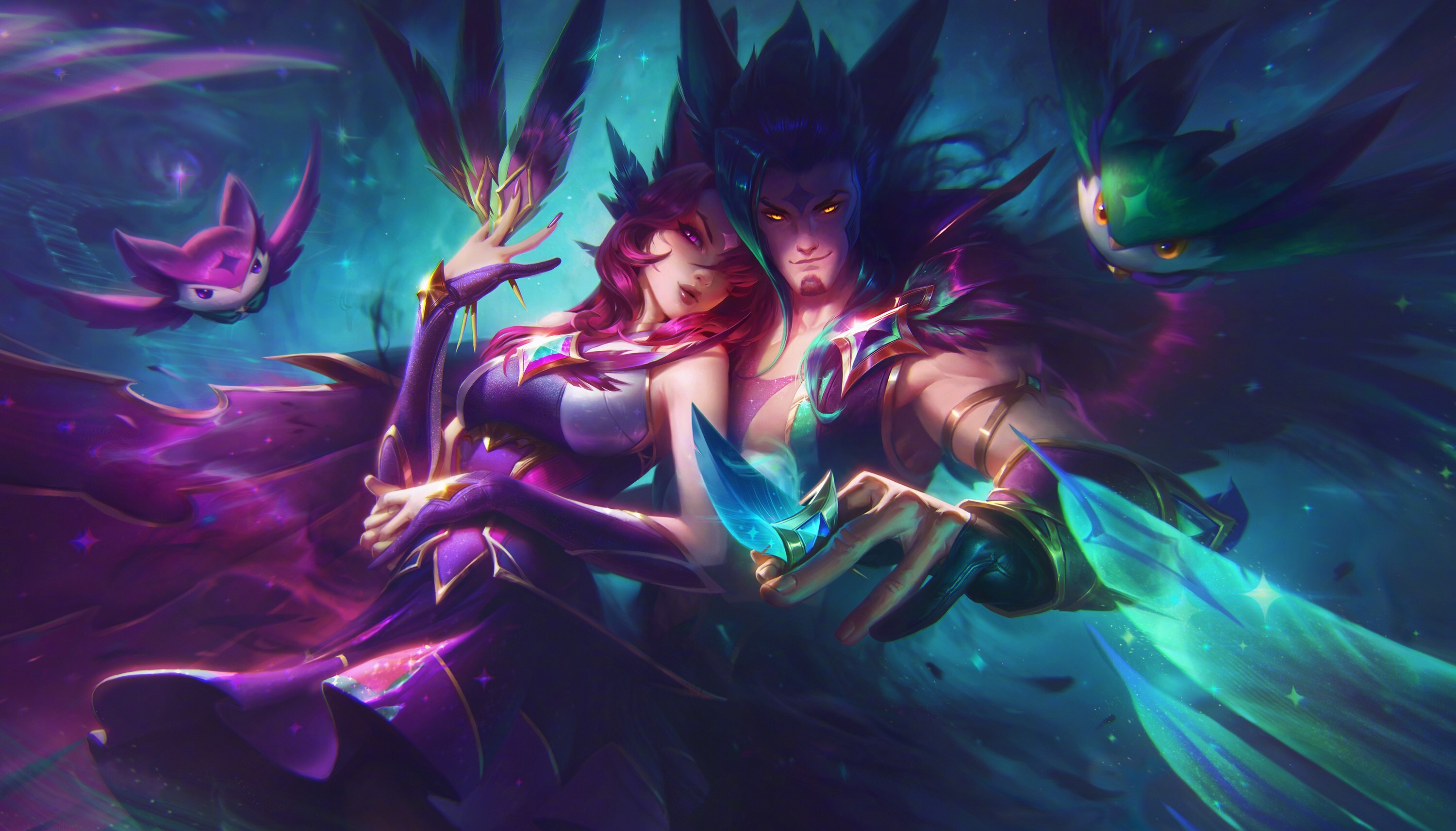 Splash arts for the upcoming League of Legends Star Guardian skins have been revealed on Weibo. Neeko, Zoe, Rakan, and Xayah are set to join one of the most popular skin lines in League of Legends.

These Star Guardians look a tad more “corrupted” than they should, however. This is apparently due to something called the “Dark Force,” but we aren’t that versed in the lore to judge what’s going on.

Here are the splash arts for the upcoming additions to the Star Guardian skin line.

Not much else is really known about these skins at this time. Their prices should be revealed as we approach their release in Patch 9.18 in two weeks.