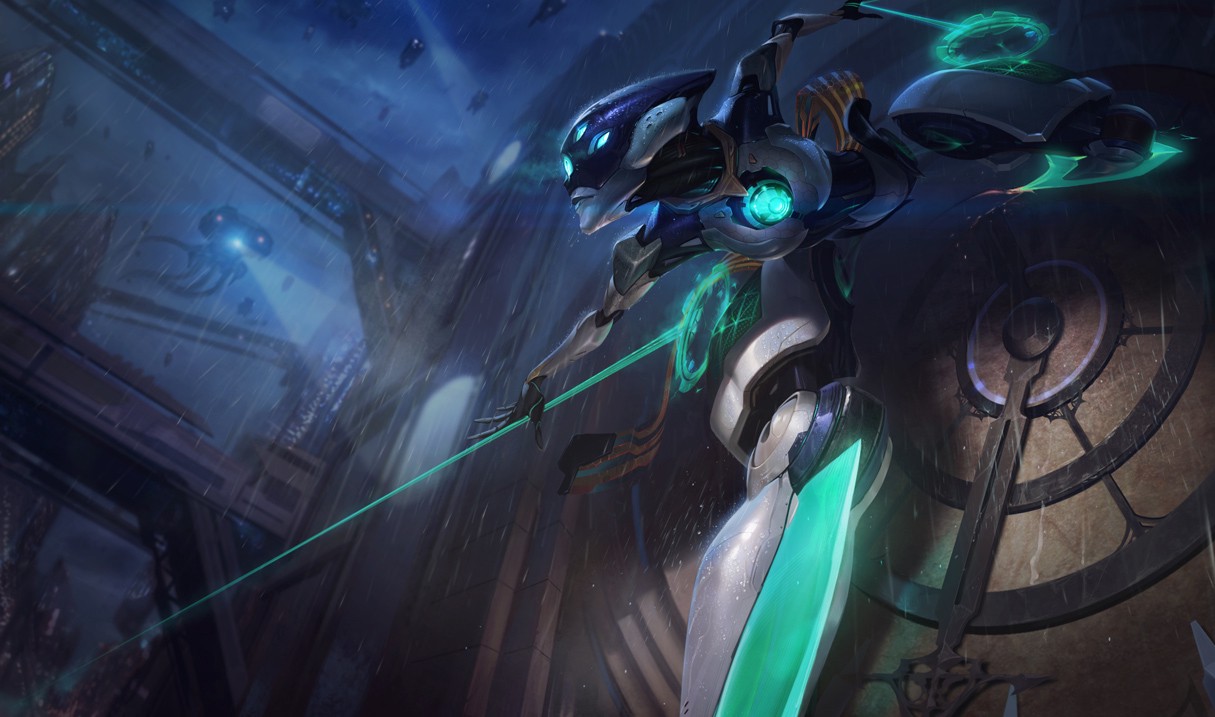 The ranked season is starting earlier than it ever has before, almost an entire month ahead of when it started in previous years. Not only does patch 6.24 mean the beginning of ranked, but it also brings the last round of preseason updates to the Rift and the champions of League of Legends—here are the most important.

Camille, the Steel Shadow, will launch during this patch. Camille is a melee fighter with high dueling power, splitpushing power, and crowd control. She will take advantage of the Trinity Force and the Hydra items, as well as some tankiness from items such as Black Cleaver and Sterak’s. She gains significant shields from her passive abilities, so her survivability will be nothing to laugh at.

Rylai’s has been the dominant item in the mage arsenal since the Mid-Season Mage Update in the Spring. Boasting high AP and health at a reasonable cost, it gave mages survivability and enough damage for bursty assassin mages to build it without hesitation. It turned squishies into not-so-squishes, and skewed item builds for all AP builders, regardless of role.

Rylai’s AP has been dropped by 25 points, down to 75 from 100, and the health has been dropped to 300 from 400. It is also now cheaper, and will now likely only be built from champions that need AP on the cheap (AP damage supports) and those that capitalize on crowd control, like AP tanks. The passive on Rylai’s once gave different slowing if the spell was single-target compared to multi-target, but they’ve both been brought to the same level of 20 percent.

The jungle is being hit with a slew of new balance changes (again), and the new buffs that were added last year to Red Buff and Blue Buff are now gone. Blue Buff no longer grants bonus AP, and is now back to its roots as a mana-regen and CDR buff. Red Buff now no longer applies a proc of the red-buff-burn as on-hit damage when you basic attack with the buff, and instead the burn duration just resets every time you land a basic attack.

Krugs have also been changed for the better. The experience yield earned from defeating the camp has been lowered enough so that a jungler cannot hit level 3 by doing Krugs as the second camp they clear, which allowed them to gank a lane that was still level 1 while the jungler is level 3.

4) Courage of the Colossus

Earlier this preseason, we lost Strength of the Ages as a mastery and gained Courage of the Colossus as a replacement. Strength of the Ages was broken for its own reasons, but Courage of the Colossus (CoC) was a bit too strong coming out the gate. CoC was granting shields with incredible size to users that already have shields as a part of their abilities, and the shield stacking was making all health-building tanks nigh-unkillable.

It has niche uses and is much better as a competitive mastery than Strength of the Ages was, but it needed to be dialed back a bit, which is what is being done in this patch. The cooldown was lowered, allowing for shielding more often, but the shield can now only grant protection based on 25 percent of your health instead of the 35 percent previously.

Garen, the face of justice himself, spammer of the joke emote, and owner of one of the most satisfying ultimate abilities in the game, was updated during the last preseason with the other Juggernauts in League of Legends. He has been on the weaker side ever since his update, especially when compared to the rest of his Juggernaut brethren, and he will see a buff for this patch.

His E (spin-to-win) now triggers a 25 percent armor reduction on his target when he hits them with the fourth proc of the ability. This can be applied to anyone hit by his spin, which will make him a terror in teamfights. But many are arguing that his pathetic early-game needs to see attention rather than his team-fighting abilities.

While these changes certainly aren’t the only updates in the patch, they are by far the ones that will most impact gameplay. There is also a lengthy list of balance changes to champions, mostly tweaking things that were already tampered with earlier during this preseason. For the full list, be sure to check out the official patch notes.