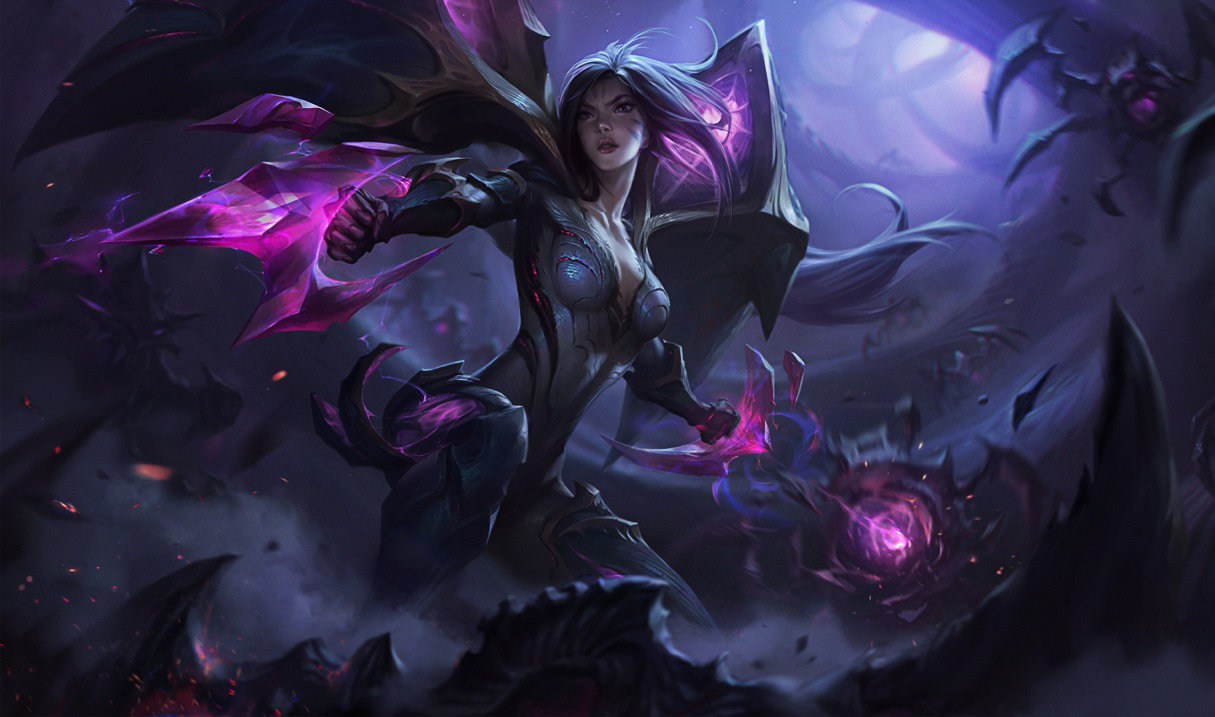 The League of Legends meta was shaken up immensely ahead of the 2021 Mid-Season Invitational.

Heading into the tournament, several major changes to jungle and solo lane champions sent ripples through the entire professional scene. Nearly every player was forced to adapt to sweeping changes coming into MSI.

And while there have already been 75 different champions picked or banned at the event, some have simply been more dominant than others. At some positions on the Rift, old faces from the first half of the 2021 season have remained prevalent forces in the meta. At other positions, never-before-seen champions are crawling out of the woodwork to make their presence known at MSI.

With the tournament’s group stage in the books, here are the most impactful champions of this year’s Mid-Season Invitational so far.

Top laners just can’t seem to get enough of Gnar. The champion’s hybrid playstyle allows him to be a lane bully and frontline tank all in one, making him a priority pick for every team at MSI. With a pick/ban rate of 86 percent at the tournament, according to League stats site gol.gg, the champion has extended his streak of dominance onto the international stage after serving as the most prominent top laner worldwide this spring.

Only three other champions have been picked or banned on more occasions than Gnar and it shouldn’t be too outlandish to suggest that the champion will get even more popular as the tournament goes on. Thus far, just Kai’Sa has more picks than Gnar across the entire champion roster at MSI. So while other roles have felt the effects of recent balance changes, the top lane has looked like its usual self at MSI.

AP junglers are the new hot commodity at MSI, but none of them have had more of an impact on the tournament’s meta than Morgana. The champion’s 8-3 record across the 11 games she’s appeared in so far makes her one of the most efficient picks at MSI. And with a pick/ban rate of 92 percent, according to gol.gg, Morgana sits as the second-most popular champion in the game among teams as well.

Thus far at MSI, several junglers have been able to get their hands on Morgana twice, with Cloud9’s Blaber, DWG KIA’s Canyon, and MAD Lions’ Elyoya all getting multiple chances to play the champion. None of them have lost with her in their hands, so it wouldn’t be surprising to see the champion denied against them—as well as many other junglers—as soon as the rumble stage kicks off.

The control mage meta has made its way to the MSI stage after persisting throughout the entire Spring Split. While several out-of-the-box picks like Nocturne and Zed have popped up on occasion at the tournament thus far, mid lane players have mostly defaulted to reliable mages such as Viktor, Zoe, and Orianna—the latter of whom posts the highest pick/ban rate among mid lane champions at MSI.

Orianna has been a prominent choice in both the pick and ban departments of MSI champion selects. The Lady of Clockwork was picked a total of 11 times and was also banned 11 times during the tournament’s first phase. Only Lucian, who was banned 16 times, was taken off the table on more occasions than Orianna during the group stage.

The first game of MSI 2021 saw Jhin and Varus duke it out in the bottom lane. At the time, that appeared to be a sign of change coming to the ADC meta. But since then, Varus has remained on near-permaban status, forcing ADC players to default back to comfort picks.

Among those comfort picks, Kai’Sa leads the way for the position at the tournament. Even beyond the ADC role, Kai’Sa stands out as the most picked champion on the MSI stage right now. With 27 picks to her name, she’s been selected in 73 percent of all games through the group stage, according to gol.gg. Only three champions in the game have a higher pick/ban rate than her: Udyr, Rumble, and Morgana.

Despite enchanters like Lulu being the talk of the tournament prior to the start of MSI, tank champions have dominated the support role throughout the entirety of the group stage. In fact, 11 of the 12 different support champions to have been picked during the MSI group stage were tanky frontliners—and none of them were more prominent than Nautilus.

With multiple forms of crowd control in his kit and a hook that’s near-impossible to miss, Nautilus checks every box required for an engage-focused support. He quickly became the default pick for support players at MSI alongside similar champions such as Alistar, Rell, and Leona. As for Lulu, the only enchanter to make an appearance in the MSI group stage, she had just one pick back on the event’s first day thanks to Pentanet’s Decoy but hasn’t been chosen since.

It would be an incredible injustice to leave the champion with the highest pick/ban rate at MSI (97 percent) off of our list in some capacity. But to say Rumble has been as “impactful” as other champions would be flat out incorrect.

Sure, he’s been high on the priority list for every team at the event considering his immense strength in the jungle, in addition to his flexibility in a solo lane. But the results just haven’t been there for Rumble as of yet. Through the 15 games that the champion has appeared in at the tournament, only seven wins have been recorded. If anything, the 21 bans that Rumble has managed to accrue thus far are much more impressive than the champion’s lackluster 47 percent win rate.

Moving forward, though, it wouldn’t be totally surprising to see the remaining teams start banning Rumble away on a more consistent basis. Every jungler who qualified for the rumble stage played Rumble in the group stage at least once, and together, they combined for a 7-3 win rate on the champion.