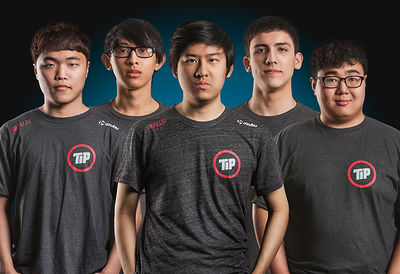 Offseason is usually a time for reflection and speculation. Teams can recoup and bask in the glory of another season dominated by Koreans. Even if TSM won IEM Katowice and EDG won MSI, it still came down to two Korean lineups scrapping it out in the world championship finals. There’s no question that Korean teams have the best understanding of how to play the game. They have displayed dominance over the entire western scene only ever dropping two best of series to western teams. They also have three world champion titles in their name, and a regular season that is widely regarded as the highest level of competition. So it’s no wonder NA teams look to grab these highly marketed players for their franchise. However as history unfolds it becomes increasingly evident that these acquisitions don’t have positive impact on team performance.

The NA LCS is full of imported Koreans and Europeans, yet when we look at teams that have had the most success; these teams are all English speaking like Cloud9 and TSM. Some could argue that the acquisition of Lustboy on TSM was directly correlated to how well they did. However there were major communication issues that lead to divided decision making. Lustboy, TSMs Korean support, would often engage with no follow up or get caught trying to ward alone. He lost synergy with Santorin in a meta that demands cooperation between the support and jungler roles. These communication issues are a huge factor that seems to hold back teams from reaching their theoretical potential.  Studies have shown that communication is the number one key to success in any system that requires cooperation.  A perfect example of this is Team Liquid; a team with two starting Korean players. The roster was arguably the strongest on paper with the addition of former SKT world champion Piglet. He was a highly marketed pickup for his strong mechanical prowess and his ability to carry games. Fenix was always regarded as a fantastic player in scrims that over time he was able to translate to stage play. Both of these players had massive showings during the last split showing that ether could completely take over a game. Despite strong individual showings from Liquid, the team showed lack of communication during the playoffs. They would often march one by one into a lost team fight and had some questionable shot calling that lead them to a 4th place overall finish after losing to the uprising Cloud 9 squad in the regional qualifiers.

Many people could argue that playing league of legends doesn’t require fluency in a certain language. This is true to the extent of in-game communication in that there is a smart ping system. Also simple phrases like “go now” or “gank here” can be used to translate what a player wants. This highly limits the amount of social interaction between teammates and can commonly cause miscommunication. Team Impulse was one of the teams that tried implementing a ping communication system. The team consisted of two Koreans, two Americans, and one Chinese player. Rush, the imported Korean jungler, was MVP of the summer spilt. His jungle pressure was unparalleled by anyone else in the league pulling off plays that I would have thought impossible. When he got his famed lee sin, he was a force to be reckoned with. Nothing seemed to sway his decision to go for a kill under a turret, sometimes to a fault. Sometimes he got a little over zealous in his endeavors trying to make plays without his team on the same page. His over aggression would often get punished and lose any advantage they gained. With three languages in one roster, cooperation is hard to achieve.

A look at the world championship shows interesting correlations of player language and tournament achievements. SKT, winner of the tournament, are all Korean, same with Koo Tigers who came 2nd to SKT. Origen, the all European squad went to semifinals along with Fanatic, whom has two Korean starters, but are fluent in English. Yoe Flash wolves, a team that many didn’t think would make it out of group stage, saw massive improvements in team communication after their swap of Kkramer for NL. LGD, a team many thought would contest the Korean teams for the title fell flat on their face in the group stages. Having three Korean teammates in Imp, Acorn, and Flame the unprepared squad showed massive issues in team coordination and communication which came to the surprise of many considering they were considered the strongest roster on paper. These are all examples of the importance of team communication and benefits of having a one language team.

Koreans aren’t born with the natural ability to play video games, but there is something to be said about their culture and how it reflects on their success. They are taught to always respect their elders, teachers, and other authoritative positions. Likewise older players have a higher say in team functions then younger players. This idea of inherit respect is not apparent in western culture within the context of esports. In western culture respect is earned through time and achievements. Coaching has only recently been adopted in the western scene and was an idea that the Korean scene had already established. If a player loses respect for their coach, it then becomes impossible to effectively fulfill the duties of a coach. We’ve seen so many coaches come and go in the NA LCS due to the inherit lack of respect from players. The idea of blaming the coach for the team’s problem is reasonable, but without innate respect, the coach can’t fulfill his duties.

Another reason why we’ve seen Korean imports have such little success in North America is the fact that they need to adapt to a new culture. Western culture is vastly different from Korean culture which in some cases can cause culture shock for some of these players. When piglet joined Team liquid, it was very apparent that he had some form of culture shock. With the added pressure of being an ex-world champion and the amount of hype behind him coming to an LCS team, his performance was underwhelming. In his first game, he forgot to allot his masteries causing him to have a huge disadvantage during the game. He was even benched for a majority of the season due to his team’s poor results early on. We’ve seen this in other players as well, such as incarnation. Upon joining LCS he was touted as a highly skilled mechanical player with the highest rank on the EU solo que latter. Early in the season it was very apparent that he was pacified by his nervousness in making mistakes. It was only when Hai “Hai” Du Lam stepped in that Incarnation felt more comfortable making individual plays in lane. It’s also important to note that for many of these players; it’s their first time being away from their friends and family. Certain personalities will enjoy the change of culture and embrace it while others will feel home sick. Being thrown into a new world at such a young age can break people.

Koreans are given great opportunities from regions like China and North America offing absurd amounts of money for their talents. Easyhoon, a substitute midlaner for SKT, is reported making $860,000 with vici gaming. China and North America are two of the wealthiest countries in the world let alone esports. Crazy offers like the Easyhoon offer are becoming more and more common across all regions. As the scene grows and becomes more mainstream, more money will enter and larger brands will become interested. These large companies can make insane offers that are almost impossible to pass up as a professional gamer. Many fans complain about the amount of Koreans being imported and argue that it doesn’t allow for growth of homegrown talent within the region. With almost every team is using their import limit, this seems to be a trend that will only continue as time goes on.

In conclusion I believe that in order for a team to be successful in competitive league of legends it takes more than individual talent. According to western philosophy, if you can beat them, buy them is a common fallacy I see many teams partake in. Koreans are great players but in the context that they work best in the system that they created. Western teams need to find what works for them instead of following the Korean model. Success is derived from people that find a system that works for them within their cultural context. Part of the joy of watching league of legends is witnessing the different styles and strategies of different regions and how they interact with each other. Creating language barriers is an unnecessary hurdle that western teams need to get over in order to be successful. Western teams are very different from eastern teams and thus should operate in different manners.