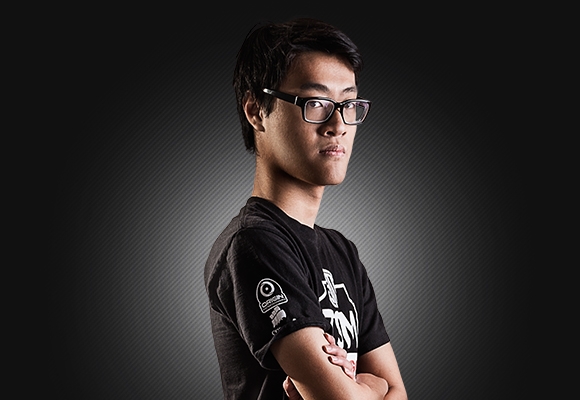 Reginald is at it again. TSM has announced possibly their biggest change since the departure of Team Solo Mid Fan Favorite, TheOddOne. Stating most of their concern with his overall performance, Team Solo Mid Veteran Jason “WildTurtle” Tran has been put on the chopping block by TSM owner, Andy “Reginald” Dinh.

The announcement has come as a surprise to most fans, considering TSM’s 6-2 start and being tied for 2nd place. In this piece, we will look at the Team Solo Mid’s aggressive AD Carry and why TSM should re-think their choice of looking for a replacement with the rising change to both the Meta and the North American play style.

The common statement when talking about Team Solo Mid has always been ‘Dyrus just wants to play League of Legends’ and a lot of top laners have been able to play League of Legends with the rise of carry top laners. Dignitas’s Gamsu and Team Impulse’s Impact have both recently recieved spotlight for their excellent play on ‘carry top laners,’ most notably Jarvan for Gamsu and Yasuo for Impact along with Hecarim and Rumble being high priority all around North America.

This change forces AD carries to choose extremely mobile champions, thus why Sivir and Kalista are see as a must pick or ban. Going back to our focus, WildTurtle has shown to be extremely impressive on these champs, having a combined record of 4 wins and only 1 loss on the two champs and also having KDA of only 3.35 and 21 kills. In fact, through week 4 of the summer split,  Team Solo Mid’s kills have been funneled onto star mid laner Bjergsen, who had 65 of TSM’s 131 kills and WildTurtle (25) only having 4 more kills than top laner Dyrus (21). This is a major change from their last split when Bjergsen (53) and WildTurtle (49) dominated the kill column for their team. This major change in gold distribution explains why WildTurtle has fallen from having one of the biggest Gold Per Minute stats among all players last split, to now having a middle of the pack GPM stat, just among AD Carries.

While Team Solo Mid’s upper management has praised the improvement Dyrus, since Mid Season Invitational, it could be say that his gain has come as a major loss for WildTurtle explaining his struggle statistically. The change of tunneling more focus onto their top side has been proven to benefical to Team Solo Mid’s success but it could also be said to be their biggest downfall, as we saw with Team Solo Mid’s loss against Cloud 9. While solo laners Bjergsen and Dyrus gained pivotal pressure onto their opponents through Santorin’s presence, The 2v2 lane containg the match up of Urgot and Thresh versus a Sivir Nautilus snowballed into a lead in Cloud 9’s favor with Meteos’s Gragas helping rush down a 10 minute bottom side turret and allowing for a Sivir to gain a crucial gold lead.

In context to Team Solo Mid’s comment, Dyrus has indeed improved statistically since Mid Season Invitational but it should be noted that this gain came as a critical loss to WildTurtle. While still being T3 in Average Gold per Game, the focus onto both Meta champs and Team Solo Mid’s distribution of kills and gold has been shown with the creation of a static playstyle and will not improve with the change of WildTurtle. Now to the more controversial part, the WildTurtle positioning.

Okay, you got me here. It is not the best idea for WildTurtle to be practically front line on an Urgot, while sitting on a Rumble equalizer and eating damage from a Kog’Maw and Sivir. But most of his lackluster play could be attributed to the pick choices.

Over the past 3 splits, we have seen a great change in the champions Turtle has played.

(Thank you to Leaguepedia for the table)

WildTurtle’s change of his champion pool has been extremely noticeable as we have had to see him say goodbye to his favorites of aggressive lane AD carries and more team fight benefactor champions. This is not only a problem for him but also for his lane mate, Lustboy, who has been typically known to be an aggressive support.

Lustboy has taken this split to make his presence through roaming. A lot of the criticism onto Lustboy has come through his communication of roams, as it was spoke by Team Solo Mid coach, Locodoco, on their internet series TSM: LEGENDS that the communication wasn’t there. But another criticism could be shown to his champion choices. His lack of priority on Nautilus could be seen as a surprise as its roaming potential is very profitable and incredible tankiness, in comparison to the extremely squishy choices of Annie and Bard. While Annie and Bard provide great utility, with both having a large stun, the laning phase for the TSM bot lane has been lack luster without the immediate threat that comes with a Morgana or Nauitlus choice, which these choices provide the same stun but with greater benefits in their roam, whether it be damage or pull.

The major problem that is widely criticized of WildTurtle is his positioning in team fights. As it could be seen in this snapshot from the Team Solo Mid v. Dignitas game from this split, WildTurtle’s lack of presence could be seen in this fight. While he did manage to pick up a kill, the approximate 4 second walk into the area of the fight could have lead  to the fight being much more than just a 1 for 2.

But lets stop talking about the bad and look at the good. WildTurtle is someone who a lot of people consider to be extremely clutch. While his extreme aggressiveness in this fight leads to his death, his mechanical knowledge of his limits and how to control his rend in this fight is shown and leads to a 1 for 3 (4, if you count the Dyrus TP about 5-6 seconds after the fight) in Team Solo Mid’s favor.

WildTurtle’s and Team Solo Mid’s lack of results isn’t necessarily to be 100% blamed onto WildTurtle. While his stats have changed this split, the problem should be put onto choices of understanding the changes in meta and possible re-thinking of pick and bans. With buffs to one of WildTurtle’s favorite champs, Caitlyn, Team Solo Mid’s coaching staff should work to be able to better match-up scenario for Lustboy and WildTurtle so that they aren’t being forced into a bad 2v2 lane match up.

Team Solo Mid also should not be panicking right now about a change to their team because right now, no team in North America should be considered to be an international worthy team. Their mistakes are mechanically based but due to horrible mental decisions, to which Turtle is partially involved in, but should have fingers pointed to their lackluster pick ban and their focus of ganks and gold.

Putting Keith into the position of AD Carry for the most popular team would not benefit the team at all but put a greater burden on the team. While Keith may be mechanically talented, the pressure of being on the #1 Fan Favorite team and most known League of Legends team of the west has shown that it can be too much pressure, as what was seen with former support Gleeb.

Hopefully after looking at the numbers, Team Solo Mid chooses the right decision in keeping WildTurtle and works more adjusting their flaws of overall gameplay, instead of attacking a singular player.