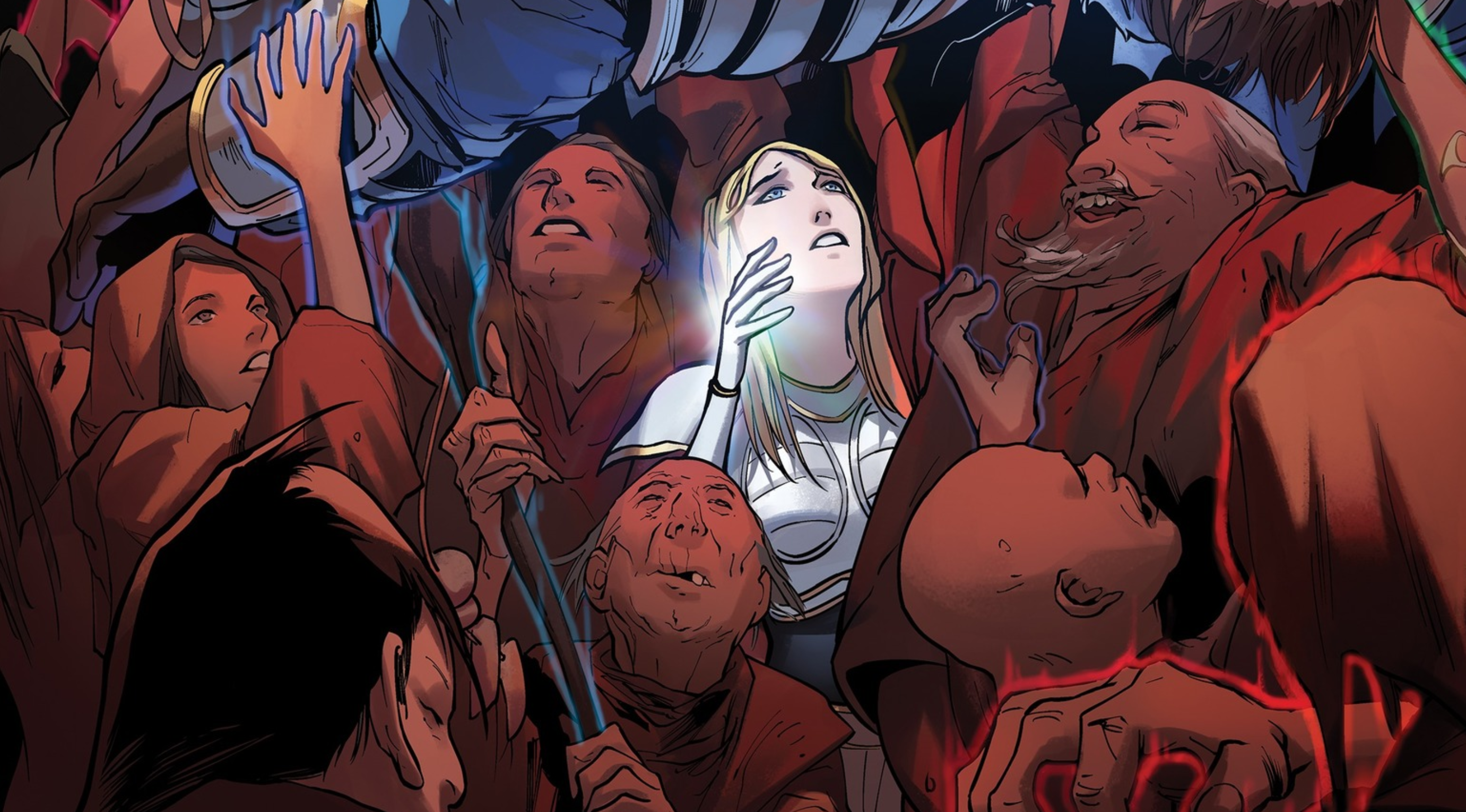 The future of Demacia looks grim.

Riot Games released the fourth issue of Lux’s comic today. Those who missed the previous issues of the series can review our recap.

After Lux warns the king’s council of Sylas’ source of power, the officials gather to formulate a plan for tracking Sylas and putting a stop to his uprising. The meeting is cut short, however, after the mage arrives on the palace’s doorstep.

Jarvan IV confronts Sylas and the two go toe-to-toe. Jarvan and his men try to isolate the leader of the rebellion, hoping to prevent him from absorbing magic. But their efforts are for naught when Sylas overcomes the prince, using a powerful magical force to defeat his opponent.

Sylas and his band of mages take the prince captive as they breach the palace walls. The group, with Jarvan in tow, enters the king’s room in search of the ruler. But upon breaking down the door, they find the king lying dead on the ground.

With his plan taking a detour, the Unshackled takes his captive to an open plaza to “stand trial” in front of Demacia’s citizens, ignoring Jarvan’s pleas. He then riles up the crowd, while Lux lingers just on the plaza’s outskirts. She downs a vial of magic-suppressing liquid and grabs a crossbow, ready to fight her way through the rows of mages.

Just before Sylas can serve Jarvan a platter of rats for his final meal, Lux appears behind the mage. She unleashes an arrow into Sylas’ shoulder but is knocked to the ground in retaliation. With Sylas standing over her, Lux pulls out a dagger, stabbing her oppressor in his foot.

Despite her attempts, the rebel mages are able to gain control over Lux. As they drag her off, Garen busts out of the crowd, sword drawn, with his eyes set on Sylas.

League fans will find out what happens next when the fifth and final issue of the comic wraps up the series next month.