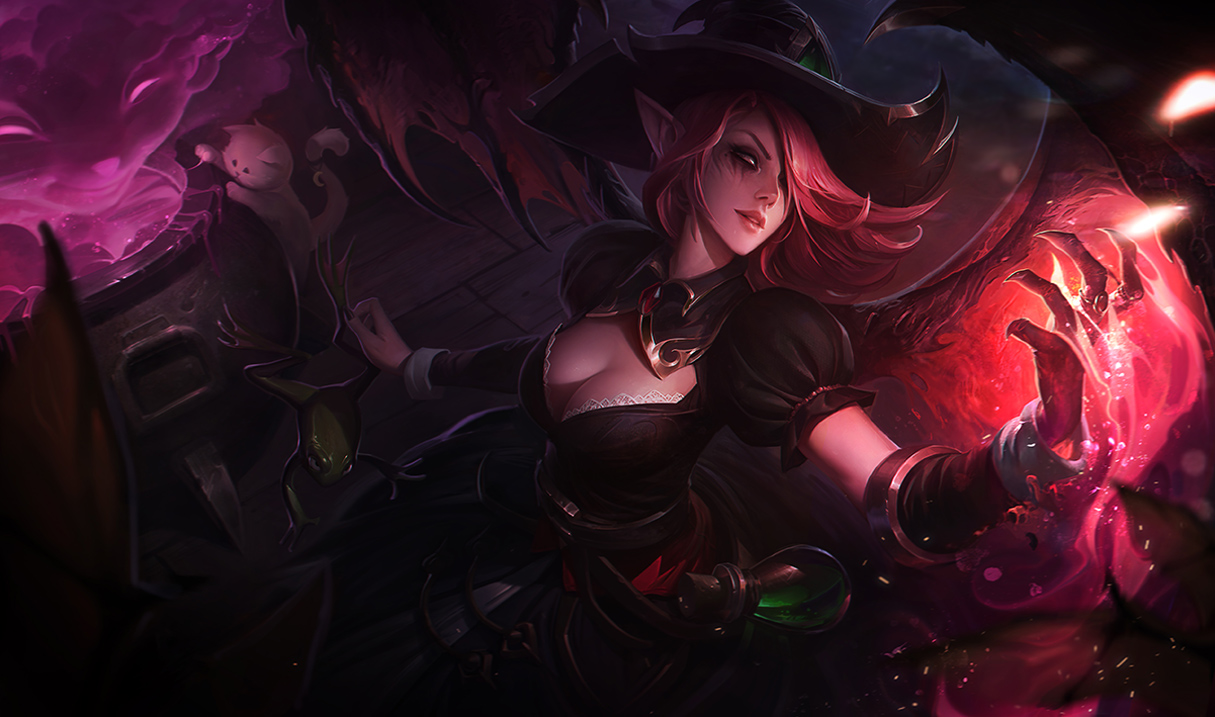 Among the many, many ranked changes being introduced this year, one of the biggies is the new split system, in which the ranked season in League of Legends is… well, it’s split.

There will be three different splits now, and if you participate in all three, you’ll have the chance to get the best possible rewards at the end of the whole season. What’s more, each split will give participants rewards, too, and it looks like one of those rewards has finally showed up on the PBE. It’s an icon of somebody, but Riot hasn’t confirmed who it is, or why they were chosen.

Honestly, it could be a lot of different champions in League. We’d be kidding ourselves if we said many of the game’s female characters didn’t look similar to one another, especially with the rest of them being hidden in the icon. If we had to take an educated guess, though, we’d say it’s Morgana. Specifically, it looks like Morgana’s Victorious skin—the ranked skin reward from 2014.

Looking at the skin again, they look pretty close, including the eyes, hair color, crown, the makeup, and general face shape. But there’s a subtle difference with her hair. In this icon, it hangs loose on both sides, with her right (or left from our POV) part hanging in front of her eye. In the skin, however, it only hangs loose over that eye and is tied up everywhere else.

If this icon is indeed Victorious Morgana, there could be two explanations for the hair difference. Either it’s just a silly detail that we’re reading way too deeply into, which is very possible, or it’s because Morgana will be slightly different when the icon comes out. That might sound strange, but Riot did confirm this summer that the design team is working on a mostly-visual update for her, alongside her sister Kayle.

Whether this icon is a clue that her update is near, we’re more concerned with the fact that it could be her to begin with. Mostly, why? Would Riot just award players with the icon of an old ranked skin for playing a split, or does this signify something else? For instance, the Victorious Morgana skin itself may be one of the rewards, or perhaps a chroma or other variant of it. That would certainly be unexpected.

Either way, we should know soon, because the ranked season kicks off next month.