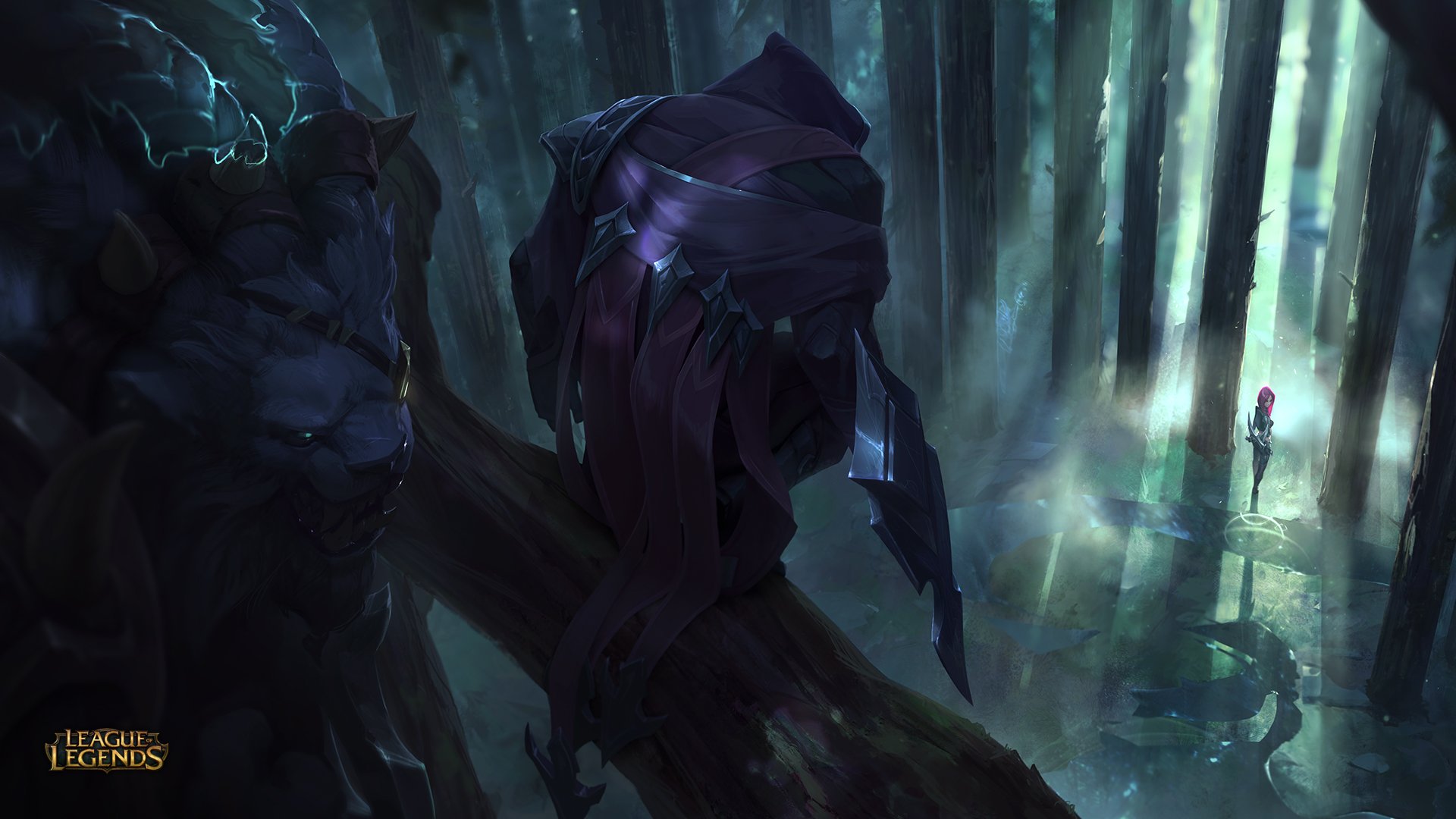 The League of Legends ranked season has officially ended, and you know what that means: it’s pre-season time. Just like last year, when Riot used the pre-season to gut the game’s rune system, another long list of big changes is coming this year.

There’s a lot to keep track of, especially considering Riot is releasing two whole sets of pre-season changes—one for ranked queues and another for the game itself. There are new ranked tiers, new towers, more coming for the rune system, and even a new champion. Instead of trying to root through all of the updates yourself on the PBE, let us do it for you.

Here is the total and comprehensive list of all major pre-season changes coming before the start of the 2019 season.

Starting in 2019, turrets will now have armor plating that you’ll have to break through before you can actually damage the turret itself. These plates only last for the beginning of the game, and are designed to draw out the laning phase and reward laners for aggressively pushing their lane. Each plate rewards local gold when destroyed, but they also increase the turret’s overall MR and armor when broken off. Don’t worry, the bonus resistance only lasts as long as the plates do on all the turrets, and as of right now, they all fall off at the 14-minute mark.

When a plate breaks, the turrets also gain 20 seconds of temporary resistance, which Riot is calling the Bulwark buff. All of this, along with some base stat changes, prevent players from bowling over turrets too quickly at the start of the game, but the turrets should all be more fragile post-14 minutes. The end result, in theory, is a more stable laning phase.

In 2018, the new rune system allowed you to choose two rune paths, and depending on which paths you chose, you’d gain a specific amount of bonus stats. In 2019, however, the stats will no longer be tied to the rune paths. After this change, you won’t gain any stats when you pick your runes, and instead you’ll have to pick your own bonus stats to go along with your runes in something called Stat Shards.

Stat Shards will have their own section on your rune pages, as shown above, and you’ll be able to choose three different shards. Among the stats you can select, there’s armor, MR, health, attack speed, AP, AD, and adaptive damage. Think of it as a hybrid between 2018’s rune system and the old rune pages from before Season Eight. The idea is to keep the impact your rune choices have while allowing you more freedom in terms of playstyle. Riot’s goal here is to reduce pigeonholing you into certain runes, but it will undoubtedly have a big impact on the meta, too.

Sejuani, Ornn, and Galio are all receiving some hefty changes that go past your typical balance changes. They are considered to be mini-reworks, with Ornn’s changes leaning more toward a full-on rework. Sejuani’s crowd control is being reduced, but her base stats and damage are going up to compensate. Galio’s waveclear is being reduced on his Q, but its percent health damage is going significantly up, and his crowd control is being nerfed as well. Ornn’s passive is getting redesigned, and the mechanics of his Bellows Breath are being redone, too.

Why all these changes, especially to Ornn, who’s only been out for about a year? Well, Riot believes the gap between these champions’ usefulness in pro play and casual play is too wide, and that makes balancing them too difficult. These changes are designed to shrink that gap without necessarily making them weaker. In theory, after these changes, they shouldn’t strangle the pro meta every time they have even a little bit of strength.

There are an absolute ton of changes coming to minions, turrets, and more, which are all designed to help Riot control the pacing of the game. There’s an extremely long list of specifics on the PBE, but the gist of it is that minion damage is going down, minion tankiness is going up slightly, Baron and Siege minions will buff other minions far less, and minions won’t receive a bonus if your team’s average level is higher than your opponent’s. One of the changes in particular, which lowers the respawn timers of Baron, dragons, and the Elder Dragon, is very impactful.

Riot’s goal with these changes is to make comebacks seem not quite as impossible for the behind team, while simultaneously making it easier for the ahead team to close out the game. Those two goals seem mutually exclusive at first glance, but when Riot says it wants to make it easier to close out games, it means games that are already practically decided—when one team has a 10,000 gold lead or more and a ton of towers and kills. Typically, in games like that, a comeback is already out of the question, but the game gets drawn out anyway, only to result in the leading team still winning, just way later than they could have.

There are three major changes coming to the ranked climb in 2019, with several other smaller changes designed to smooth out the process and make it feel more rewarding. Two of the three major changes are coming for the ranked tiers, which in the past have consisted of Bronze, Silver, Gold, Platinum, Diamond, Master, and Challenger. Next year, the Iron rank is being added in below Bronze, and Grandmaster is going in between Master and Challenger.

Not only that, but now, each rank will only consist of four tiers, rather than five. Yes, that means it’ll now be impossible to be Bronze V. The goal behind all of these changes is to make the ranked climb feel more evenly spread out. In the past, a small improvement to skill could help you skyrocket from Gold IV to Gold I, but a small improvement in Bronze IV wouldn’t be enough to bump you a single tier. With fewer tiers and two more ranks, the rungs on the ranked ladder should feel more consistent and steady, rather than some being long stretches and others taking almost no effort to reach.

This is one of the smaller changes to the ranked system, but it’s one that players having been requesting for a few years. Starting next year, your ranked placements will now give you a provisional rank that only you can see after your very first game. As you move through your placements, you’ll receive and lose massive amounts of LP as the system tries to figure out where exactly you belong, shrinking as you finish more games. By the end, the LP gains and losses will seem much tamer, and after your final game, you’ll receive your final and official rank.

The goal here is to improve how you feel about your placements, but there isn’t really any large design change involved behind the scenes at all. By receiving a provisional rank, placements shouldn’t feel like such a black hole, and the transparency should alleviate some frustration you would normally feel at the end of it all. This is a feel-good change, but nothing more.

The third and final large change coming to ranked in 2019 is the addition of positional ranks, but to be completely clear, Riot is not planning to release this at the same time as the other changes on this list. Instead, because the company hasn’t figured out how to correctly address concerns that many players had on the system, it will be tested per region in 2019, according to the last update given from Riot four months ago. Judging by the language used in the update, there’s at least a possibility that it will never ship, or at least won’t ship in 2019, but it’s still too large of a change to ignore.

Essentially, in order to make maining a position feel more satisfying and to feel less punished for playing off-roles, Riot wants to add ranks that are unique to each position in the game. No, these aren’t just an addition to the current system, this system would completely replace your current overall rank. As you can imagine, such a massive shift was met with a lot of feedback, and much of it was negative, which explains why Riot is taking second, third, and however many more looks at it. The goal is still currently to launch this in 2019, and it sounds like some regions will get it in the beginning of the year, so keep your eyes open for more information.

This is another feel-good change, because it doesn’t affect how the ladder works and simply makes the climb feel better, but it’s still significant. Essentially, rather than just one long ranked season, the next year of ranked will be divided into three splits. There won’t be an MMR reset in between splits like there is at the start of the season, but your participation in each split will affect your rewards, which we’ll get into in a bit.

The splits are designed more like checkpoints for you to see your ranked progress and reflect on the year so far. In other words, again, nothing is changing about the way you climb, the goal is just to feel like you’ve accomplished something every few months rather than just once at the end of the year.

Rewards for ranked are changing in some big ways. Don’t worry, by the sound of it, the Victorious skin isn’t going anywhere, but there are definitely some new goodies you can earn as the year goes on. The primary addition to the reward list is your ranked armor, displayed in the image above.

Your ranked armor will be showcased in your ranked lobbies, and they’ll reflect your current rank, as well as the ranks you earned throughout each split. The banner draped behind your armor will always show the previous year’s rank. In other words, if you earned silver for all three splits for the year, at the end of the year, your armor will be silver, and it’ll have little silver additions for each split you participated in. If you were Bronze in the previous season, the banner behind that armor would be adorned with the Bronze decoration for the entire year.

It sounds like there will be other rewards you earn per split by racking up Split Points, which you gain simply by winning games each split, and those rewards will be given out during that split rather than at the end of the year. To get the most and the best rewards, you’ll have to participate in all three splits, but Riot has remained mostly vague on what rewards there will actually be aside from the ranked armor.