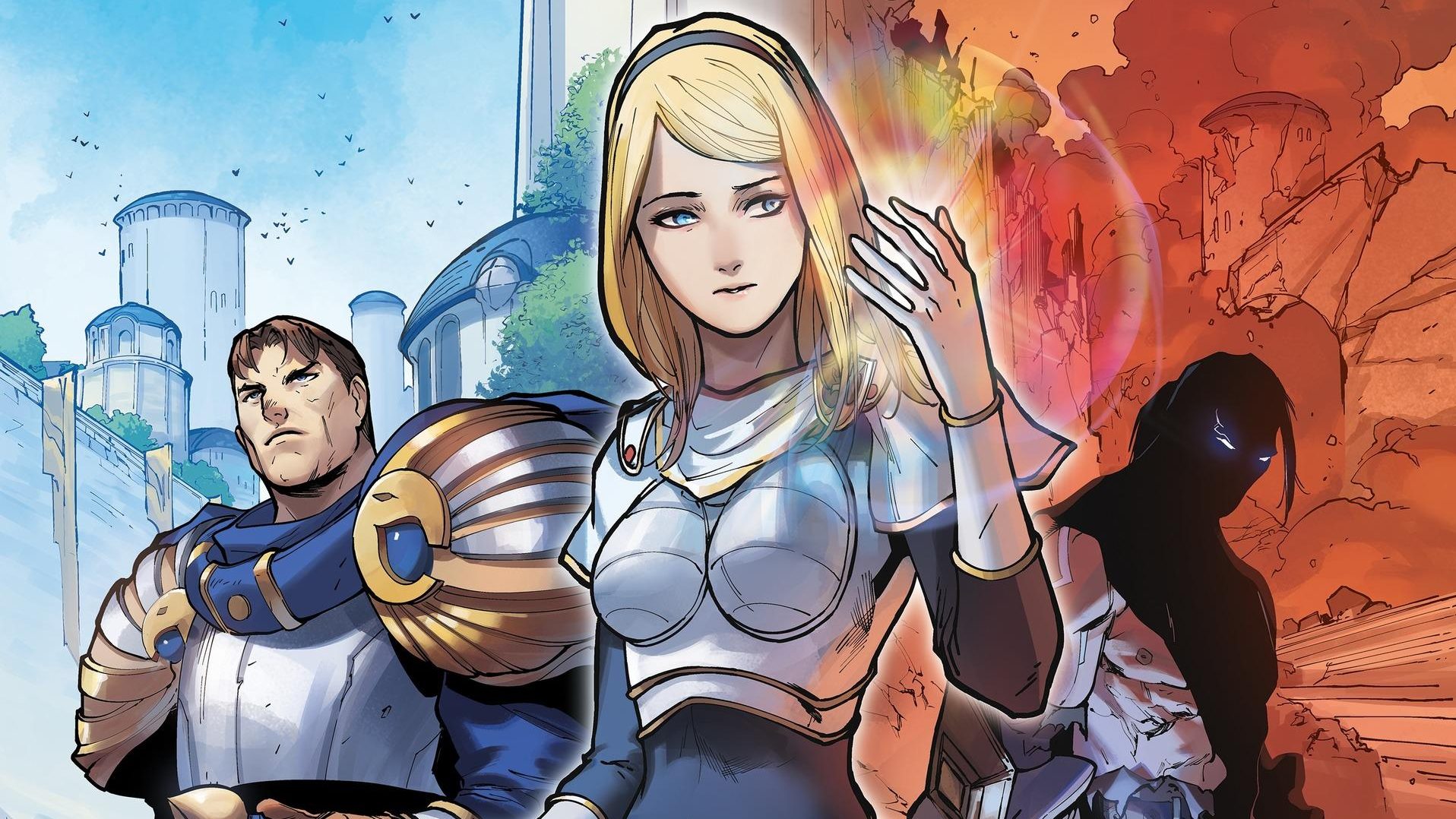 After being teased with a trailer video back in April, Riot Games has finally released the first issue of its brand-new League of Legends comic alongside Marvel Entertainment. The new graphic novel focuses on the story of popular champion, Lux, who is the brother of Garen.

The comic takes a look into the life of Luxanna Crownguard, and is an excellent entry into the lore behind the kingdom of Demacia. It also exemplified how Demacia is not as shiny and bright as it seems on the surface—there are secrets hidden beneath the depths of their beautiful castles.

Now, we’re about to dive into some of the important points in the comic next. We suggest reading the comic before continuing, so go catch the first issue on Riot’s official website.

Back when we watched the teaser trailer for this five-part series, we caught glimpses of images that gave an idea of what this whole story would be about—it seems that our prediction might be correct. The story begins with a flash forward into the future, where Demacia is in ruins and Lux is helping Garen walk away from a seemingly lost battle.

Readers find out that Lux is actually hiding his powers from both her brother and the kingdom she represents, which is pretty ironic considering she is a part of one of the most prestigious families in the land. Lux ponders whether she’ll be able to conceal her powers before she is the one being “chased down the street.” We later learn, however, that Garen has known about her powers for a long time and fears that he won’t be able to protect her soon.

We also get a taste for how Demacia treats mages. One scene has some guards forcing mages to drink a Petricite elixir, which suppresses their powers. Finally, the comic ends with Lux meeting Sylas, who has been captured by Demacia and is being held in an isolated cell deep in the prisons of the kingdom.

We’re curious to see how Lux and Sylas continue to bond throughout the series, and it should be interesting to see how the kingdom is reduced to ruins in future comics. The next issue should be releasing very soon.