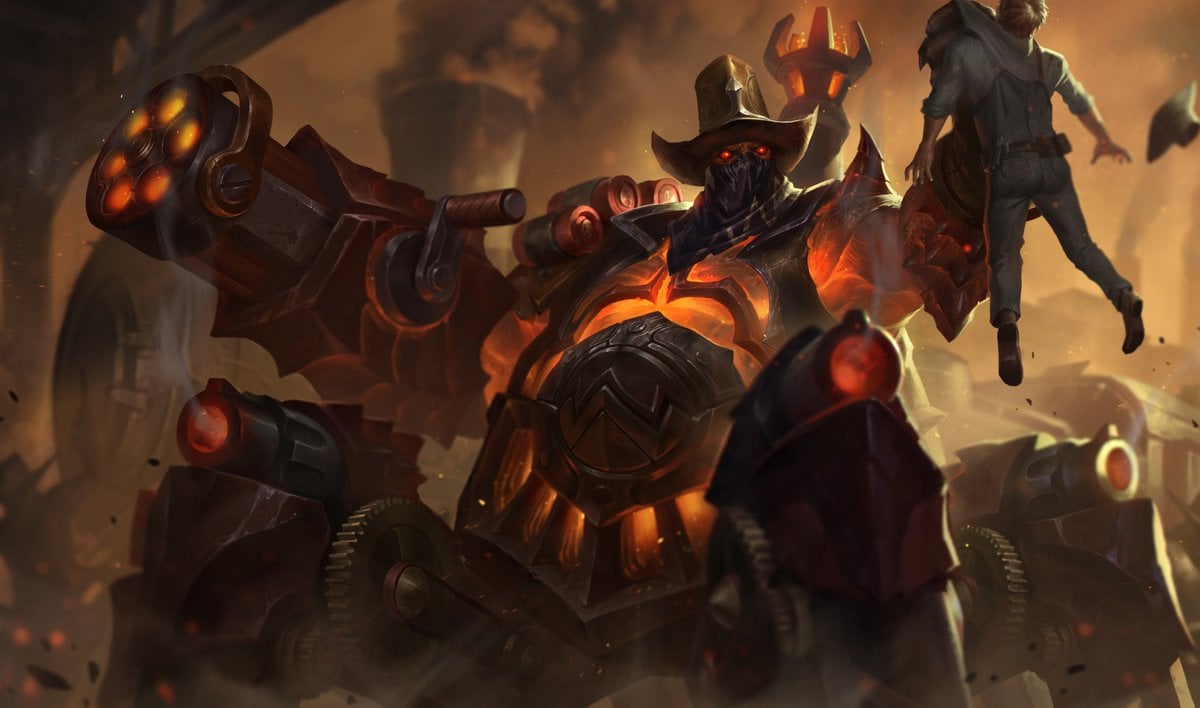 Urgot is a niche top laner in League of Legends that fits into specific team compositions and acts as a melee bruiser.

He has a great all-around kit with some damage, crowd control, and utility. He is usually reserved in the later stages of the draft to round out a specific team composition or to answer the opposing top laner. Due to his AD-oriented kit, teams will usually try to pair him up with an AP-oriented jungler to ensure there’s enough mixed damage on the team.

While Urgot might seem tough to deal with at the start, he does have weaknesses you should use to shut him down during the laning phase. Here are the best counter picks to beat Urgot in the top lane.

Urgot is a lane bully with a lot of kill potential, especially against melee champions. He excels against bruisers due to his tankiness and sustained damage, which can easily overwhelm most of them early on. His playstyle revolves around using his Echoing Flames (passive) to deliver huge amounts of damage to both creeps and the opposing champion. He has the passive up for each leg on a fairly long cooldown early on, but as the game goes by, he can use this passive more often, making him deadly.

During the laning phase, he’ll look to slow you using Corrosive Charge (Q) before following up with his passive for decent poke early on. If you get caught by it, he will most likely use Disdain (E) to engage and throw you behind. If you get caught, he’ll then unleash his Purge (W) on you to deliver a huge amount of damage. That’s why it’s important to try to avoid his Q or back away from him to avoid getting knocked back. If you’re successful at this, you’ll be fine during the laning phase. But if you get caught, you’re going to have a lot of issues dealing with him.

Mordekaiser is one of the forgotten top lane picks. He can excel against various matchups, including Urgot. His AP-oriented bruiser kit allows you to be a great counter to Urgot, while also having mixed damage for your team.

During the laning phase, look to poke down Urgot with Obliterate (Q) slowly and if he tries to fight you head-on, use the power of your Darkness Rise (passive) to win extended trades. The key aspect is to use Conqueror alongside Ravenous Hunter to have a lot of sustain to win extended trades. After a couple of won trades, Urgot will go back to playing defensively. You can use this to slowly work towards your core items, mainly Riftmaker and Demonic Embrace. These two items combined will make you tanky, while also giving you a lot of damage.

After matching Urgot’s trades early on and maintaining an even amount of gold, you can look to group with your team and use Realm of Death (R) to eliminate the opposing carries and come out ahead in teamfights. Don’t focus Urgot in teamfights, since he’ll be quite tanky. Instead, focus on the backline, especially champions who don’t have Quicksilver Sash to avoid your ultimate.

Kled is a powerful counter against Urgot because he has a built-in healing-reduction effect and can avoid his damage attempts with his dash.

Your kit as Kled allows you to use Jousting (E) to dash through minions to escape melee range if Urgot tries to engage on you, then Bear Trap on a Rope (Q) to follow up with some damage. On top of that, your attack speed steroid in Violent Tendencies (W) makes your trades much more powerful compared to Urgot if you avoid his passive shotgun damage. While he might excel in a long-drawn fight due to his W, if you keep making short trades, you’ll come out ahead every time as long as you dodge his combo.

If you played the lane correctly and avoided Urgot’s combo and went for short trades, you should have an equal or higher amount of gold. Use this to your advantage to roam to other lanes and use Chaaaaaaaarge!!! (R) to quickly cover huge distances around the map. Try not to be obvious since Urgot might be breaking a freeze, and look to get your tower plates while you’re moving around the map. Go into the fog of war often to bait Urgot into pushing the lane, so that you can reset it before roaming to ensure he doesn’t get tower plates in the top lane. If he gets ahead, he might become an issue even if you aid other lanes. Sometimes, however, letting him get ahead won’t be a problem if you have a good mid laner or ADC, since they’ll be able to kite and wither his health pool down even if he’s fed.

Kled excels at split pushing due to his ultimate, so you should look to use this to your advantage and keep Urgot on his heels to answer to your moves. If he comes to you, move quickly to your team with your ultimate. If Urgot arrives via Teleport, you can create a five-vs-four teamfight later on in which you’ll most likely be a winner. You can even try to use Teleport to get to your team while Urgot has his on cooldown and then use your ultimate to chase down the opposing champions with your team.

Ornn is a defensive counter to Urgot with whom you don’t need to try to win the lane or fight constantly. All you have to do is farm up and be the frontline for your team. You won’t be looking to roam and your main priority is to level up to get your passive usable on teammates to make them stronger.

Early on, aim to get Plated Steelcaps and Bami’s Cinder to become difficult for Urgot to deal with. Once you have these two items, you can easily farm lanes while mitigating Urgot’s damage. If Urgot tries to go for aggressive plays against you, look to trade back, since you have a lot of magic damage and he’ll likely lack magic resist early on.

As you get tankier, look for Teleport plays to help your team by being the frontline they need. If Teleport is on cooldown, look to match Urgot’s split push and avoid letting him get ahead of you too much. Keep him in check and join your team for objectives, but also remember to farm up to get stronger.

If you played the lane correctly and earned the required levels to upgrade your teammates’ items, you should have a decent stat lead over the opposing team. Use this even if you might be behind in gold to ensure you’re able to get back into the game or extend your gold lead. Avoid split pushing in the later stages of the game and stay with your team to ensure they have a strong frontline. Use your ultimate for picks or to help your team disengage.

Items to build into Urgot

This is the boots option when facing Urgot. It gives you extra armor and reduces auto-attack damage received. It should be rushed early on against Urgot since he does a lot of damage via auto attacks, especially with his W.

This is a great anti-sustain item against Urgot and will damage him and deliver a healing debuff. The more attacks he lands on you, the more damage he will receive. It’s a great counter to him due to his W, which is in essence repeated auto attacks.

This Mythic tank item can shut down Urgot from trying to get close to you. The amount of damage you can do with Sunfire Aegis is huge, especially due to its stacking effect. Since Urgot will be in close range, you’ll be doing a lot of damage to him with the stacking buff from Sunfire.

Goredrinker is one of the best Mythic bruiser items, allowing you to regain health during skirmishes and teamfights. It helps you against Urgot’s onslaught, which can turn the tides against him.

Urgot players usually build armor, so having some armor penetration is a requirement to deal with him. Black Cleaver is a great answer due to it giving you a lot of attack damage, health, and ability haste. On top of great stats, it has an armor debuff up to 24 percent, which is essential to deal with Urgot’s high armor.