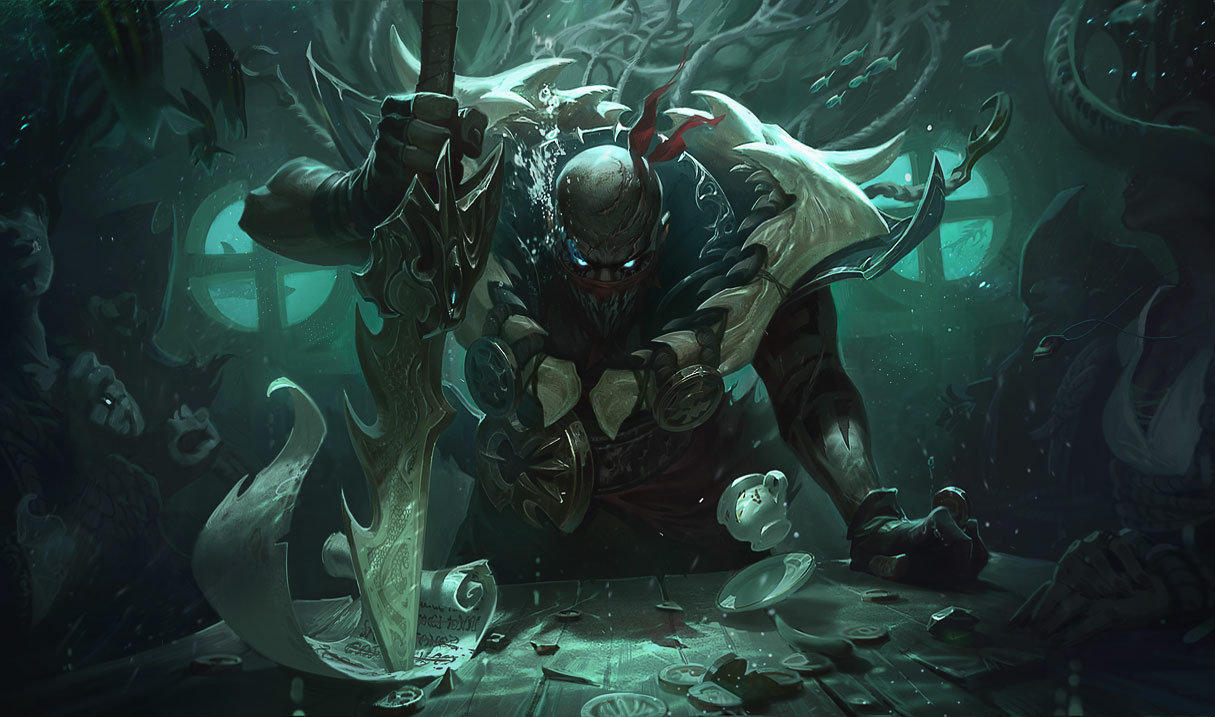 Pyke is one of the most aggressive supports in League of Legends, capable of running off with the game if ahead. His ultimate can be cast multiple times through the course of a teamfight, making it one of the deadliest tools in the game since he can easily turn around the tides of battle even if behind.

His kit allows him to be unpredictable, and he can engage from various angles, which can surprise the unaware enemies. He thrives in the current mobile meta, since he’s able to cover huge distances with his camouflage and control the pace of the game.

Although he’s capable of destroying his opponents, he does have some weaknesses you should exploit early on to stop him from getting ahead. Here are the best counters to put a stop to Pyke in the support position.

Pyke has a roam-heavy playstyle, so you should always keep a track of where he’s going to warn your teammates or prepare for a counter-gank. With the champions listed blow, you should be easily able to follow his roams or force an engage on the opposing bottom laner to set them back. His Phantom Undertow (E) ability allows him to go over walls, so be aware of that when following him to avoid wasting valuable time just to be stuck on the other side of the terrain.

Pyke usually opts for lethality-oriented items, so picking up armor early on should help put a stop to his burst damage. While enchanters can be exploited and killed quite easily, the tanky champions noted below will prove to be a challenge for Pyke. By using them alongside the items recommended, you should be able to counter the slippery support assassin and increase your chances of winning the game.

Thresh has multiple tools to deal with Pyke. During the laning phase, you have kill pressure due to your early-game crowd control and damage. You can initiate on the Pyke or his lane partner with Death Sentence and follow up with a powerful auto attack into Flay (E). While this combo will most likely not kill a full-health target, if you do it onto an opponent with around 50-percent health, it’s a guaranteed kill, especially if you follow up with Ignite as well.

If the lane is not going in your favor, you can try to play defensively and Flay Pyke away from your and your teammate. If your ally gets caught, you can throw a Dark Passage (W) to give them a passage to safety. Both you and Pyke’s damage early on is quite high and there’s a lot of kill pressure in such lanes, so try to avoid exposing yourself to unnecessary risks and only go in if you have crowd control or see a play for a Flash combined with Ignite to secure a kill.

Level six is when things get interesting. While The Box has a decent amount of damage and a slow, Pyke’s Death from Below is much more powerful and is capable of securing an easy double kill if you’re not careful. Try to avoid fighting if you’re low on health with no potions. Instead, sacrifice the gold and experience from creeps by going to base. If you stick around with a low amount of health, you’ll be an easy target for Pyke to pick up early kills.

If he starts roaming, try to follow him and counter-gank the lane he’s in. If you’ve missed that opportunity, go aggressive on his bottom laner and don’t leave his roam unpunished. Force him to either come back or sacrifice his bottom lane tower, which will open up the map. Make sure to keep a good vision coverage around the bottom lane to be able to warn your teammates of incoming ganks.

Leona is one of the best counters to Pyke because she’s tanky, can easily follow his roams, and has a lot of crowd control to create kill opportunities in the bottom lane. You can walk in front of his hooks and counter-engage since his damage against you isn’t going to be high early on due to your kit’s armor and magic resist and Eclipse (W).

If the opposing Pyke and his partner are playing passively, you can try to engage with Zenith Blade (E), and follow up with Shield of Daybreak (Q) on either of them to set up kill opportunities. Your passive allows your ally to deal additional magic damage if they hit a recently-hit opponent by your abilities, which can easily add up during the early game.

Pyke will most likely resort to roaming since he’ll have a difficult time laning against you. Picking up Boots of Mobility and following his roams should be your priority. If you find yourself stranded in the bottom lane, however, look into playing aggressively against the singled-out bottom laner and try to kill them multiple times. They will likely start making more mistakes since they won’t have their support to back them up. After a couple of kills, you should have more pressure on the bottom side, creating opportunities to either push the second tower or set up objectives.

Remember to ward important bushes to avoid getting ambushed by Pyke in the later stages of the game. While keeping him behind early on can be a recipe to success, he can quickly snowball with his Death from Below even if behind. To avoid that, keep important areas warded with vision or Control wards.

Nautilus is a similar counter to Leona since he provides a lot of crowd control on top of being tanky and hard to kill for Pyke. You can mimic Pyke’s playstyle and either play aggressively in lane or roam around the map and hit solo lanes with ganks. There’s no clear defined playstyle and you should adjust depending on the game situation.

If the lane is going passively, try to force engages to put the opposing bottom lane in a hard spot. Pyke thrives in situations where he can emerge in teamfights unscathed with a lot of gold and lethality. If he gets his opportunity, you and your teammates will pay with your life in teamfights. Look into shutting him down with constant engages and roams around the map. Keep a good vision coverage in the bottom lane especially to stop his roaming attempts.

Your crowd control early on is crucial into securing a lead so use that to your advantage by constantly engaging on Pyke or his bottom laner. A couple of early game kills can help you move quickly into the mid-game where you’ll be much stronger and will have an opportunity to secure Rift Heralds, dragons, and other neutral objectives.

In teamfights, try to keep an eye on the opposing Pyke so he doesn’t sneak up on your squishy carries and blow them up before they get time to react. If he does, he’ll be able to recast Death from Below and set up a good teamfight for his team. This is usually the recipe for disaster against Pyke’s since they can extend a small lead into a huge one in small period of time.

Items to build into Pyke

These are the defensive boots option if you’re struggling in the early skirmishes in the bottom lane. This item scales well throughout the game and is a worthy first-item buy to get the additional armor, movement speed, and lower auto attack damage from enemies.

If the opposing Pyke is roaming, you need to keep up the pace with him, so getting these boots is a good idea to accomplish that goal. The increased movement speed out of combat will prove to be useful not only to follow Pyke, but to set up ganks on other lanes as well.

You need to ensure you’re always covered in vision in the bottom side. It’s also important to deny the opposing enemy vision to set up for ganks. Control wards will help you accomplish that goal by denying the opposing team’s vision, and since it has no duration, you can get a good return on your gold investment the longer it stays alive.

The Mythic tank item can shut down Pyke in teamfights due to the shield it grants your allies. Their effective health will be increased and it will be much tougher for Pyke to get resets in teamfights and take over the game.

This item is great for enchanters, allowing you to survive Pyke’s initial burst or outplay his ultimate since it has a cast time. The stats granted by it make this item a worthy gold investment even on support enchanters.

If you have good control of the bottom lane and want to extend your lead, acquiring these boots will help you out. Since you’ll be able to use your abilities more often, you can shut down Pyke and his ally in the laning phase and force them to stay in the bottom lane to farm while you roam the rest of the map.